Opinion Lessons of the epidemic for small government

The coronavirus emergency is a brutal reminder that we pay a price for deregulating society in pursuit of profit. 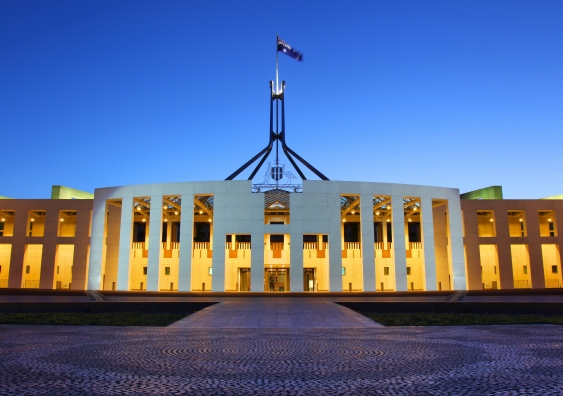 "For decades we were told that small government is good government," A/Prof. David McKnight says.

Underlying the rapid disruption to our daily lives forced by the health crisis will be seismic changes to what we believe and how we will govern.

As a society we are being taught some old lessons. Let’s hope everyone is listening.

For decades we were told that small government is good government.

Under this philosophy of neoliberalism, corporations were virtuous and governments were sad relics.

Global supply chains were better than local manufacture of things like pharmaceuticals and medical equipment.

Workforces were casualised and vast numbers of temporary overseas workers were encouraged.

Cutting taxes became a holy goal of government. Strenuous attempts were made to privatise many aspects of health and education.

In many other areas these policies were successful.

As a result, governments handed over policy tools to unstable and profit driven forces of the market.

We created a small government and now we have a small democracy.

Underlying this approach was a philosophy that insisted that the greatest good was achieved if we act as a patchwork of selfish individuals competing in a free market.

As Margaret Thatcher said: “There is no such thing as society. There are individual men and women and there are families.”

Whatever else it does, this approach ignores the existence of collective needs and treats people merely as consumers rather than the collective source of legitimacy for government.

We now need to come to our senses and acknowledge that economic relations through the market is not a model to be applied to all human relationships.

It took the current crisis to remind us that we are far more than individual consumers.

Rather, we are a society of citizens who share many common interests including an interest in the health of others who are far removed from ourselves both in physical distance and circumstance.

Both rich and poor can catch the virus and can be sources of infection for each other.

We have a common interest in a well funded system of public health which treats everyone equally on the basis of human needs not profits.

Similarly, we all have an interest in (and we benefit from) a literate, well skilled population created by public education.

The disastrous recent attempt to privatise technical education was a costly lesson.

The COVID-19 crisis can also teach us that we share a common fate in other things.

The warming of global temperatures underlines the fact that all humans share a single atmosphere.

There are no individual solutions to a heating planet.

Preserving the climate and the environment is something we have to do collectively.

Dealing with climate change – as with protecting public health – will mean that governments must play a bigger and more public role in the future of Australia.

David McKnight is an Honorary Associate Professor in the School of Arts and Media.