Opinion Let's end this for good, man to man

The time has come for every Australian man to take the issue of violence against women seriously, and to stand up against sexual violence in his community, writes Chloe Angyal. 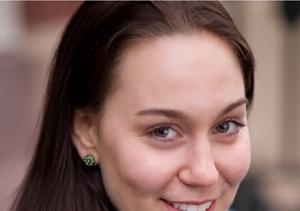 OPINION: Australian sport has a women problem: its men won't stop assaulting them. After dozens of incidents of brawling, public urination and worse, footballers in particular have become notorious for their bad behaviour off the field.

But it is the repeated arrests and a handful of convictions for domestic and sexual assaults in the past two decades that are the most distressing.

Even one of our golden boys of the pool, Grant Hackett, is embroiled in a very public he said/she said marriage breakdown precipitated by a drunken rampage in October. He denies an allegation in a police report that he threw his wife, Candice Alley, across the room.

This is why men like Clint Newton are more important than ever. Newton, a player with the Penrith Panthers and the son of the golf legend Jack, is part of a rugby league culture where high pressure, binge drinking and public adulation combine with a vision of masculinity that hinges on physical dominance, a combination that has proven a perfect storm for sexual violence.

In all likelihood Newton knows players who have assaulted women, whether he is aware of it or not. He has publicly confirmed that he does know women who have been victims.

Not long ago, several of Newton's women friends told him they had been sexually assaulted. His first reaction was to retaliate against their assailants. Asked what he felt when the was told what had happened to his women friends, he said: "Anger, and fear for them. It makes you want to act and do something physical towards the bloke who did it."

Do you have women friends? Sisters? A wife, a daughter, a girlfriend, a mother? While indigenous women are far more likely to be raped, the statistics cut across all races and ethnic groups, all socioeconomic classes, and all geographic regions. So it is almost certain that whether you realise it or not, you know a woman who has been sexually violated. One in six, or almost 20,000 women a year, the Australian Institute of Criminology says.

That these numbers are unacceptably high goes without saying. Sadly, what still needs to be said is that the time has come for every Australian man to take this issue seriously, and to stand up against sexual violence in his community.

It took a personal experience for Newton to act. "It's hard to sit there and listen to a story," he told Channel Nine. But he realised, listening to those stories, how alone and helpless his friends felt. He also realised that his position in rugby league gave him a power to change the culture from within.

The same could be said of the News Ltd columnist David Penberthy, a former Daily Telegraph editor, who wrote after Hackett did an interview with Nine's 60 Minutes that you did not have to hit a woman to threaten her, and that ''as an actor, Grant Hackett makes a pretty good swimmer''.

Every man has that power. Anti-violence activists can stand outside the locker rooms and strip clubs and other spaces where men are taught that "no" means "maybe after a few more drinks", but the men inside have a power that we do not.

My question to men is simple. Are you going to use your power, or are you going to wait until a friend, a sister, or a girlfriend comes to you crying and tells you what has happened to her?

You could look the other way the next time you see a guy encouraging a woman to drink until she is incapacitated. You could let the men in your life think you won't call them out. Or, you could step up and change the statistics. It's your call.

Chloe Angyal is a research fellow in the Journalism and Media Research Centre at UNSW.