Opinion Let's talk about sex - openly and with respect 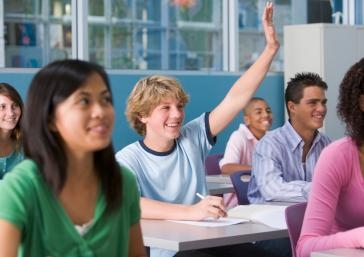 OPINION: Like most people of my generation, I was brought up in a household in which my father would switch the television off as soon as anything vaguely "smutty" came on. He censored wildlife documentaries showing animals having sex and Carry On films alike.

These days, imposing such prudish ignorance on the children might seem laughable, given the overt sexualisation of so many aspects of our lives.

However, despite the ubiquity of sexual imagery and our apparently open attitudes to sex, contemporary attitudes and experiences of sex are disturbingly "schizophrenic". On the one hand popular culture is saturated with increasingly explicit sexuality, but on the other hand, many remain anxious and uncomfortable about sex.

It's more than half a century since my father dictated what his children could watch, but we have since failed to achieve the kind of well-informed ease with sex that allows us safely to negotiate honest, pleasurable and respectful sexual relationships.

Consequently, as even a cursory glance at key indicators illustrates, we are not taking care of ourselves, nor are we teaching the next generation how to enjoy safer and respectful sex lives.

In such supposedly liberated times we expect someone to be taking care of sex education, yet chlamydia rates among young people in Australia are alarmingly high. An estimated one in 20 young Australians between the ages of 15 and 24 are infected with chlamydia, a potential cause of future infertility. Notifications of gonorrhoea have increased steadily over the past few years and reported diagnoses of HIV are rising.

This might suggests that it's simply time to refresh the "safe sex" message. This would, however, ignore the critical fact that sexuality and our emotions are inextricably linked. For all the quantifiable physical risks posed by unprotected sex – including sexually transmitted infections (STIs) and unwanted pregnancies – the personal and emotional dimensions of sexuality are no less important.

If we want to reduce the truly shocking rates of STIs, combat the double standard that cheers men on while judging women, and end sexual and gender harassment in schools, in sport and on the street, we need to take along hard look at what passes for "sex education" in Australia.

International and Australian research can tell us a lot about what does and doesn't work. I probably don't need to tell you that the blinkers my well-intentioned father imposed on us as children - and which had, or course, been imposed on him - didn't help. Instead of enabling us to talk about sex and relationships it closed matters down, leaving me woefully unprepared for what came later.

One of the most persistent arguments against sex education has always been that by educating young people about sex we are merely encouraging them to go off and try it. The evidence, and there is plenty of it, does not bear this out.

We also know that sex education programs based around abstinence do not reduce the incidence of negative sexual experiences, STIs or unintended pregnancies among young people. In fact recent research in the US suggests higher rates of teenage pregnancy among those receiving abstinence education.

What then might such an effective sex education program look like? One way to think about it may be in terms of "sexual literacy"; the ability of every individual to access, understand and use information to promote and maintain their sexual health, including their emotional health.

And, whose job it is to create a fairer and more respectful world for all young people regardless of gender or sexual orientation? The answer is not parents or schools or governments or the media or our peers; it's all of the above.

Sex education should begin, in appropriate forms, at an early age. Experts in human sexuality and learning and teaching should be involved in curriculum development. Sexual health programs in schools should have clear and focused health goals - alongside a concern for values such as dignity and respect. Students should feel safe and comfortable in classes. Skilled and motivated teachers are essential, and so the list of evidence-based "best practice" goes on.

Comprehensive sex-education programs empower young people to make informed decisions about their sexual health, including the choice of whether or not become sexually active, and when. Well-informed young people, in fact, may delay becoming sexually active and often have higher rates of condom use.

Unfortunately, the new Australian curriculum seems likely to perpetuate the ad hoc approach that has, to date, left many young people inadequately prepared to confidently and safely negotiate our paradoxical contemporary world of sex. In Australian schools sex education is patchy and inconsistent, with many education departments leaving it to individual schools to decide what, if anything, to teach.

Parents worry about how to talk about sex with their kids. Children want straightforward, honest information. Teachers are important sources of support, but many feel ill-prepared to teach about sex and relationships. Meanwhile, homophobic bullying and sexting is on the rise. We do know how to do better. With a new national curriculum on the table, and policy makers listening, we need a frank, open national conversation to ensure that we do.

Peter Aggleton delivered the So,What? public lecture at UNSW this week. He is a Professor at UNSW's Centre for Social Research in Health and one of the world's leading experts on sex education.

This edited extract from his lecture first appeared in The Sydney Morning Herald.