The report, produced with UNSW Sydney, for the first time allows young people to explain in revealing detail their experiences of poverty. 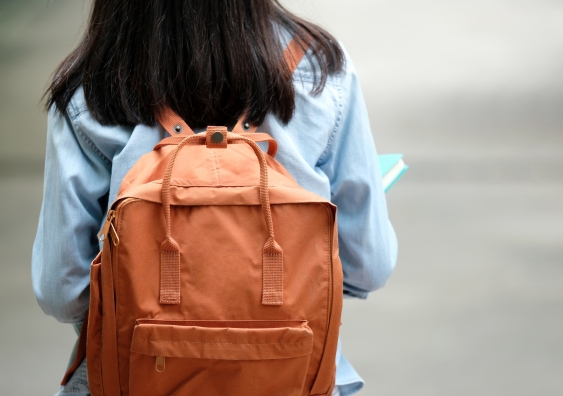 A pioneering study exploring poverty and disadvantage through the lens of young Australians has found a significant number are missing out on items and experiences deemed essential for living a normal life, such as fresh fruits and vegetables every day, internet access at home, school excursions, family holidays and some money of their own.

Researchers from UNSW Sydney say the study sheds important new light on the nature of child poverty, including its impact on wellbeing and attitudes to schooling.

The Material Deprivation and Social Exclusion Among Young Australians: A Child-Focused Approach report was produced by a collaboration between the Social Policy Research Centre (SPRC) at UNSW, the NSW Office of the Advocate for Children and Young People, The Smith Family and the NSW Department of Education.

Professor Peter Saunders, the study’s lead researcher from SPRC, said while the approach had been used successfully with adults both in Australia and internationally, the report marked the first time it had been used to measure child poverty in Australia.

“This study represents the first attempt to measure deprivation and exclusion through the eyes of young Australians who are typically treated as passive and invisible in poverty research,” said Professor Saunders. “It is normally assumed they make no contributions to household income or spending, and that their views mirror those of their parents or carers. This report is grounded in and builds on children’s own views and experiences, giving a multidimensional perspective on poverty that has not previously been available.”

While the traditional approach looks at the incomes of young people’s parents or carers to determine whether a young person is in poverty, this new approach gives voice and agency to young people themselves. The study identified 18 essential items grouped into two broad categories: one that captures material deprivation (lack of ‘things’ like a computer or mobile device); and social exclusion (lack of doing ‘activities’ like a meal out with family or an annual holiday away). The findings reflect responses to a survey completed by almost 2700 NSW government high school students (GHS) in Years 7 to 10 and about 340 financially disadvantaged students in The Smith Family’s Learning for Life program (LFL).

Key findings from the research include:

Anne Hampshire, Head of Research and Advocacy at The Smith Family, said the research should inform discussions about child poverty in Australia and provide an evidence base for policy development aimed at reducing the very large number of young Australians living in poverty.

“Deprivation in young people is an obstacle that prevents many of them from realising their full potential,” Hampshire said. “There are important policy implications from this research. Addressing the deprivation of young people who are most severely affected could positively impact on a range of important life outcomes. For example, reducing young people’s deprivation may improve negative attitudes to schooling and in turn improve their school performance.”

Australia is among the 193 governments that have adopted the United Nations’ Sustainable Development Goal (SDG) of reducing, by at least half, the proportion of children living in poverty by 2030. Hampshire said the report, albeit concentrated on one jurisdiction, underscores the urgent need for Australia to be vigilant about tackling child poverty to achieve its SDG targets.

“We must be able to identify where poverty and other forms of disadvantage exist, to measure and better understand it, and through that, to more effectively address it,” said Professor Saunders. “The child-focussed approach provides a credible framework for achieving this by building on perceptions, attitudes, experiences and aspirations of young people themselves. It can contribute to helping shape a better Australia.”