With the combined fortunes of commodity producers and the federal budget increasingly tied to Chinese demand, Australia has much riding on the leadership transition, writes Laurie Pearcey. 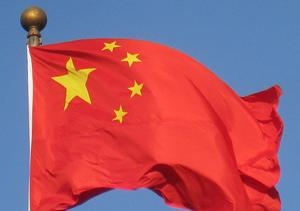 OPINION: With the dust settling on Barack Obama’s second term in the White House and as Washington nervously approaches the precarious precipice of its looming fiscal cliff, all eyes are on the grey matter of the Chinese Communist Party at its 18th Party Congress in Beijing.

While the congress itself is widely regarded as carefully stage managed, this event has come about in the most controversial, at times polemical, and almost always unpredictable manner since the jostling for the keys to Zhongnanhai following the death of Mao in 1976.

Yet what are the implications of the leadership change for China’s economy and its forward trajectory? And importantly for Australia, what does this mean for China’s demand for our bulk commodities?

That Chinese economic growth has been slowing for the best part of a year is not in contention. The reasons for this slowdown have widely been attributed to a decline in export demand from a lethargic Eurozone and a sluggish US recovery.

This author has always contended the current slowdown is a result of the effect of the 18th party congress on China’s state-owned enterprises, as well as a considered attempt by the Chinese leadership to recalibrate growth by facilitating changes in Chinese consumer behaviour.

Few Western observers appreciate the impact of the leadership change on state-owned enterprises (SOEs), which dominate much of China’s economy and account for the lion’s share of Chinese investment in Australia.

The boards and management teams of SOEs are hardly fait accomplis determined by institutional investors at AGM seasons. They are tightly controlled by the Party’s all-powerful Organisation Department and are on the verge of a major shake-up following the conclusion of this week’s congress.

Chinese companies now account for 73 of the Fortune 500, the overwhelming majority of which are state owned. Such companies include such as Sinopec, China National Petroleum, State Grid and ICBC.

Given that central-level SOEs are represented as delegates to the congress and SOE bosses are often accorded ministerial level ranking in the party-state hierarchy, they are important actors in the congress process.

With careers at stake and uncertainty concerning board structure plaguing SOEs all year, the companies have held back on major investment decisions and capital commitments lest career pathways are jeopardised in the tightly fought contest for the spoils of office.

All bets have been off for months as the SOEs have effectively been in a protracted period of caretaker mode in much the same way that government departments in the Westminster system enter shutdown the moment the monarch’s first minister calls a general election.

Indeed, given SOEs are intricately involved in the complex web of party patronage governing party appointments, anecdotal evidence suggests that executives from some of China’s most powerful companies have fallen prey to the factional warfare which infamously erupted in the aftermath of the Bo Xilai scandal.

Softening Chinese demand should not come as a surprise considering that the investment decision-making capacity of 145,000 SOEs which monopolise China’s banking, telecommunications and energy sectors are severely impacted by the machinations currently taking place in the Great Hall of the People.

With SOEs retreating behind the iron curtain of the congress and with a contraction in headline GDP numbers increasingly the norm, pressure is mounting on China’s leaders to curb the monopoly of SOEs, reform corporate governance and allow growth in private banking.

While outgoing President Hu Jintao’s report to the congress last week suggested at least some political will for a restructure of SOEs and the separation of government administration from their operations, it remains to be seen whether this will be met with substantive reform by the incoming leadership.

China is faced with a stark choice if it is to stimulate domestic growth without another round of gluttonous stimulus and unshackle itself from dependence on export markets.

The RMB¥ 4 trillion round of stimulus in 2008 injected vast amounts of capital into infrastructure projects was heavily targeted at SOEs and further consolidated their role as lords and masters of the Chinese economy.

The saving grace of China’s stimulus was that for all its faults, it was offset by a tangible stash of liquid foreign currency reserves rather than QE Ben Bernanke-style.

The question on the minds of company boards is whether demand will pick up once the new Politburo Standing Committee is unveiled and executive appointments are finalised. It will be interesting to see if SOEs will adopt a business-as-usual approach or hold their fire waiting for overarching reform to come from above.

On the one hand, it is in Australia’s interests to see greater SOE transparency and a separation of management from the Chinese bureaucracy if it is to satisfy critics of state-owned foreign investment and see a level playing field offered to Australian investors in China.

On the other, both the Gillard government and company boards have been significant beneficiaries of the status quo. While Beijing’s 2008 round of stimulus drove infrastructure investment ahead of consumer consumption and plagued China’s local governments with debt, it undoubtedly gave Australia its current terms of trade boom.

One thing is for sure: as the combined fortunes of commodity producers and the federal budget is increasingly tied to Chinese demand, Australia has much riding on the nine cadres about to strut their stuff in Beijing.

Laurie Pearcy is Director of The Confucius Institute and of China Strategy & Development at UNSW.