Making the right calls on national security, as well as the economy, will go a long way to entrenching Turnbull as a successful Prime Minister, writes Alan Dupont. 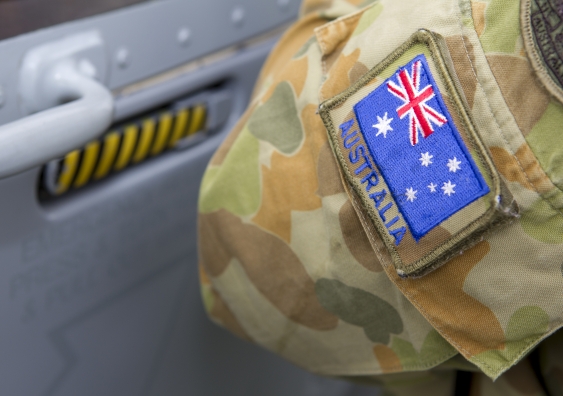 OPINION: Five weeks after his ascension to the highest office in the land, the distinguishing contours of Malcolm Turnbull’s prime ministerial style and policy priorities are becoming clearer. But aside from chairing last week’s counter-­terrorism meeting, and his ­conciliatory public call for a ­community-wide response to violent extremism founded on mutual respect, little is known about Turnbull’s approach to national security and the priority it will be accorded in his government.

Although economic reform has to be his first concern, the unstable and unusually volatile global and regional security environments increasingly will demand his time and energy as national security and economics become intertwined, and domestic and international policy converge.

Although economic reform has to be his first concern, the unstable and unusually volatile global and regional security environments increasingly will demand his time and energy.

Turnbull and new Defence Minister Marise Payne have deviated little from the substance or tone of their predecessors’ public positions, predictably asserting the centrality of the US alliance and voicing concern about China’s provocative land-reclamation activities in the South China Sea.

At the recent Australia-US ministerial talks on defence and foreign affairs, Payne also endorsed measures aimed at strengthening bilateral defence co-operation and military interoperability between the ­Australian Defence Force and the US military, building on the established policies of previous Coalition and Labor governments. So far, so good. But this was the easy part. Now it gets much harder because the government soon will have to make several tough, and almost certainly contentious, decisions on defence that will be electorally significant for the Coalition and have important, long-term ramifications for Australia’s security.

The first of these will be validating the strategic assessments that inform the equipment and ­resource decisions of the much anticipated defence white paper, the blueprint for an estimated $100 billion of capital spending during the next 20 years.

The white paper has been delayed by the sacking of two Coalition defence ministers, partisan politics and a revamped naval shipbuilding program that necessitated a partial rewrite, including a recalculation of the budgetary impact.

But a further delay of four to six months would be no bad thing, providing the government much needed thinking time to evaluate properly the judgments of the white paper draft, make any necessary revisions and own the outcome. Such is the fluidity of geopolitics at the moment that, since Turnbull became Prime Minister, there have been several strategic developments of significance touching on Australia’s security interests that will need to be factored into the white paper draft.

Chief among them is Russia’s unexpected and destabilising intervention in Syria, which complicates an already dangerous con­flict and increases the risk for our pilots participating in coalition air operations against Islamic State.

The deteriorating situation in Afghanistan has forced President Barack Obama to keep US troop levels there at a higher level than originally intended. Defence will need to consider what the US decision means for the 400 Australian troops in Afghanistan who are training the under siege, and ­underperforming, Afghan army. A revised white paper also should consider the broader conse­quences of Russia’s growing assertiveness globally, Vladimir Putin’s pivot to Asia, and the implications for the Australian Defence Force of the hybrid war tactics employed by Russia in Ukraine and Syria.

There is an equally strong case for delaying the choice of our next submarine beyond next month’s deadline for determining the outcome of the government’s competitive evaluation process, which pits Japan’s proposal against those of France and Germany. Choosing the replacement for our Collins-class submarines has been the most convoluted, flawed and contentious process in the annals of defence acquisition history. Turnbull and Payne have one last opportunity to ensure Australia gets the best submarine on offer.

This won’t happen if a winner is selected next month for the simple reason that the indicative concept design, costs and build timetable asked for in the competitive evaluation process falls well short of the detailed information required to make an informed decision about the merits of the respective bids.

This point has been made by several knowledgeable people, including respected defence analyst Mark Thomson, from the Australian Strategic Policy Institute, and Warren King, the experienced former head of the organisation responsible for defence acquisitions.

The most important defence decision, however, is whether Turnbull will honour Tony Abbott’s commitment to increase defence spending to 2 per cent of gross domestic product by 2023-24.

As King, and many others, ­affirm, a better approach for a project of this complexity and cost — in the order of $40bn — would be to allow two of the contenders to move towards a more rigorous second-phase examination before selecting a winner next year. If we get this wrong then, fairly or not, the Turnbull government will wear the opprobrium and our submariners will carry the risk.

The most important defence decision, however, is whether Turnbull will honour Tony Abbott’s commitment to increase defence spending to 2 per cent of gross domestic product by 2023-24. This will not be easy given the many competing demands on the budget and the fall in revenue from plummeting commodity prices. It’s a commitment Turnbull needs to keep for the credibility of his government and the future health of the ADF.

The always dubious proposition there would be some kind of post-Afghanistan peace dividend has been completely discredited by the escalating turmoil and conflict of recent years. Instead of reaping the benefit of a peace dividend, Australians will have to pay a higher premium for national security in the future if we want to preserve our prosperity and independence. Two per cent of GDP is not an unreasonable price to pay.

There is one other piece of unaddressed national security business that requires attention before the next election. The national security strategy, which is meant to articulate the government’s overall national security priorities, has not been reviewed since its publication in 2013 by the Gillard government. It needs to be updated and aligned with the white paper.

Making the right calls on national security, as well as the economy, will go a long way to entrenching Turnbull as a successful, reforming Prime Minister.

Alan Dupont is a Professor of International Security at UNSW and a non-resident fellow at the Lowy Institute.