Marry a Muslim? Six out of ten Australians 'concerned'

Sixty per cent of Australians say they would be concerned if a relative married a Muslim, according to research presented at UNSW's 2016 Australian Political Studies Association Conference. 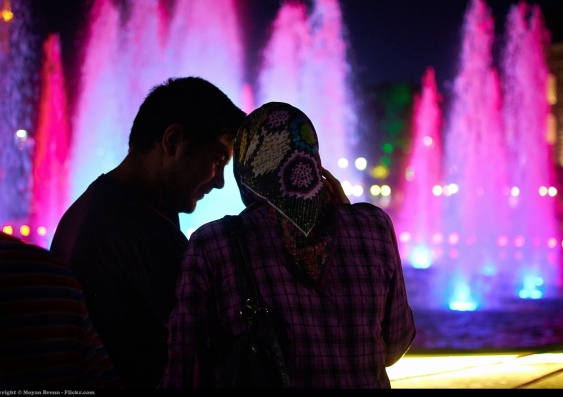 Sixty per cent of Australians say they would be concerned if a relative married a Muslim, preliminary research presented at UNSW's 2016 Australian Political Studies Association Conference shows.

The research from Deakin University reveals that Islamophobia is alive and well, with Australians having significantly more negative attitudes towards Muslims than people of Jewish, Buddhist or Christian faiths.

“A significant finding among the data was the higher level of prejudice about a Muslim marrying a relative, a Muslim neighbour and living near a mosque, compared to other religions,” said Dr Matteo Vergani, Research Fellow at Deakin’s Alfred Deakin Institute for Citizenship and Globalisation. 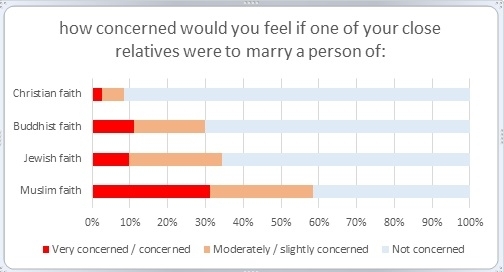 The researchers said the preliminary findings of the ongoing research project Muslims and Islamic Religiosity in the West  showed that education is the key to fighting Islamophobia. The more Australians knew about Islam, the less prejudice they were.

“We found that across the board – among conservative or progressive individuals, people of different age, education and country of birth – there was an association between someone’s level of knowledge about Islam and their prejudice against Muslims.

“In the wake of the recent Essential poll which showed that 49 per cent of Australians support a ban on Muslim immigration, this result is particularly heartening and important because it suggests that education and knowledge of Islam is key to overcoming Islamophobia and building a more cohesive society.”

Dr Vergani explained that the preliminary findings are based on the first of three sets of data from the 2016 Australian Survey of Social Attitudes (AuSSA), which comprises interviews with a national sample of randomly selected Australians. A total of 304 responses have been analysed to date and form the basis of the findings. 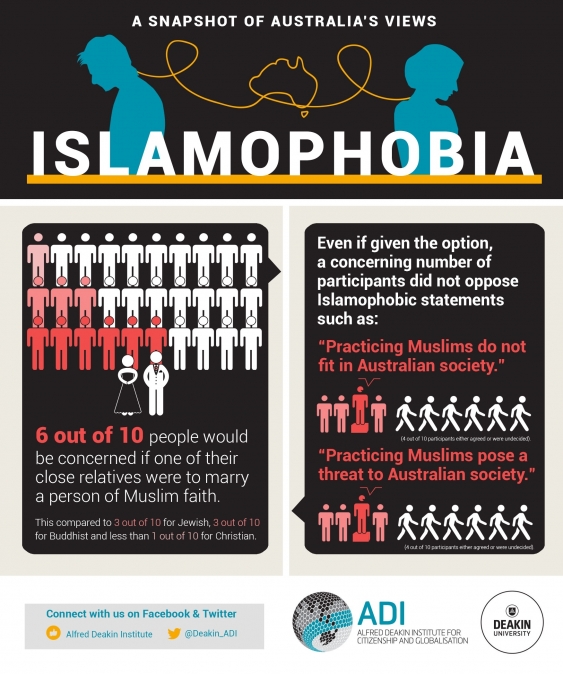 Professor Fethi Mansouri, Director of the Alfred Deakin Institute for Citizenship and Globalisation and chief investigator of the larger Islamic Religiosity project, said the findings were worrying and showed more education needed to be carried out around Islam and other religions.

“The findings in this research gives more weight to this and gives evidence to reports from the Muslim community who are relentlessly made to feel that they do not fit in our society and don’t have a right to be here.”

The data also showed that, even if given the option, a concerning number of participants did not oppose Islamophobic statements such as:

The 2016 Australian Political Studies Association (APSA) Conference, The Politics of Justice and Rights: challenges and future directions, is being held at UNSW from Monday 26 September to Wednesday 28 September.

The research project Islamic Religiosity in the West is funded by the Australian Research Council.