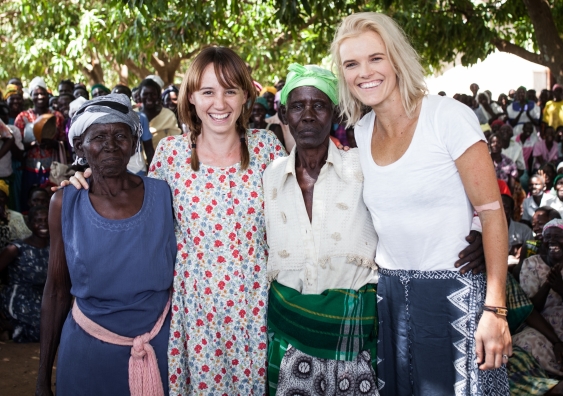 While completing her undergraduate degree in International Studies majoring in Development at UNSW, Caitlin Barrett would furiously take notes in her classes while simultaneously fielding calls to Uganda.

At that time, Uganda was in the midst of a civil war and hundreds of thousands of people in the country had died.

The student was keen to help the people recover and after completing her Master of International Public Policy, that’s exactly what she did.

In 2010, at the age of 21, she co-founded Love Mercy Foundation, a not-for-profit organisation that aims to empower female farmers to overcome poverty after decades of war.

“It helped that I could begin implementing the concepts I was learning and put them into practice,” the CEO of the foundation says.

“Be willing to do whatever it takes, but know when it is time to persevere or pivot into something new. I have learned that humanity is the same throughout the world.”

The foundation was recently recognised with the Waislitz Global Citizen Youth Innovation award, which includes a $50,000 development prize to help continue its work.

Barrett says she is overjoyed with the win.

“To receive this award is an honour as it represents so much recognition after many years of hard work,” she explains.

“The generous prize money will enable the Cents for Seeds project to increase to assist 17,000 women across Uganda in 2018 and will accelerate the restoration of communities devastated by civil war.”

Through the foundation’s Cents for Seeds program, women in Northern Uganda are loaned 30 kilograms of seeds and are expected to repay the loan if their harvest yields a surplus. Usually farmers yield at least 150 kilograms of a crop.

The agricultural program has enabled the women to increase their income and break the cycle of poverty. 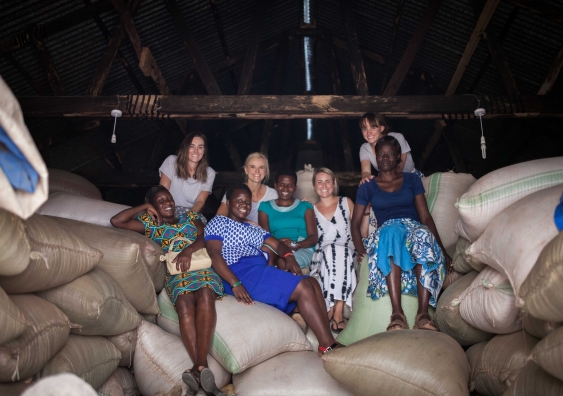 Over 1000 women have participated in the Cents for Seeds program across 3 villages since 2011. Photo: Supplied

"I have learned that working mums in Uganda are not that different to working mums here in Australia, they just face diverse challenges, their motivation and drive are the same,” Barrett says.

Under Ms Barrett’s guidance, the foundation has raised over $2 million to empower communities in northern Uganda.

With women’s equality in mind, Ms Barrett hopes to reach 20,000 women through Cents for Seeds by 2020, and establish a maternity ward in northern Uganda.

The foundation’s goal is to see Northern Uganda be transformed by simple solutions to extreme poverty, and “a hand up, rather than a hand out”.

The entrepreneur advises other students who want to kick start their own careers to not “wait for your ideal career to come to you, you to have create your own perfect role or company.”