We are in a time of warped moral development, and the failure to recognise the implications of forcefully punching someone in the face cannot purely be blamed on alcohol, writes Brandon Jack. 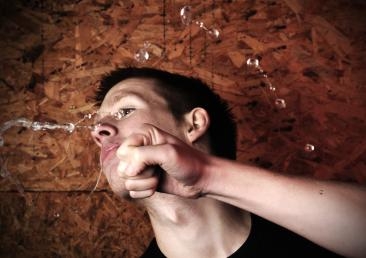 OPINION: In the aftermath of the latest senseless street violence, we instinctively seek someone or something to blame.

Yet pointing the finger at the aggressor in each case won't bring any change.

Similarly, to single out ''binge drinking'' fails to recognise the underlying factors that result in a punch being thrown at an innocent bystander.

The legal age for alcohol consumption is 18, but age is no measure of moral integrity. The 21st century is a time of skewed moral development. The failure to recognise the implications of punching someone in the face with significant force cannot purely be blamed on alcohol - if so, then why doesn't every intoxicated person do it? Put simply, some of us are more morally adept than others.

It is inadequate moral judgment that inhibits certain individuals from recognising what action befits their circumstance. To prevent devastating attacks such as that on 18-year-old Daniel Christie from occurring again, we must ask ourselves: what is responsible for the skewed moral development in some young adults?

We are the first generation where the home is no longer a barrier to the outside world. The internet, video games, film and television provide a constant gateway to external influences that can adversely affect our ethical principles and character. The damning implication of this is that our families are no longer the sole influences over our morality and, as a result, we've lost firm guidance over the integrity of today's youth.

The masses congregate on Facebook, which has become a hotbed of inappropriate, grotesque and distressingly violent videos. Pages such as ''Crazy Street Fights'' command an audience in excess of 200,000 and frequently show material that can only be described as amoral and primal. With the saturation of smartphone ownership and internet access among Generation Y and Z, there is an unassailable enslavement to a social media platform that corroborates ghastly acts of violence.

Then there is the exponential rise of violence in movies and television. Perhaps there is no greater example than in the blockbuster franchise Rambo. The first movie, released in 1982, featured a single death. Its sequel, 69 victims, the third instalment 132 and the finale, released in 2008, 236. The rise of crime television shows in the vein of CSI, Dexter and NCIS inundate prime time with gruesome murders and stories of violence. What are seldom shown are the fictional families of the victims and the toll it takes on their lives.

Worryingly, this increased exposure to violence prompts desensitisation. Studies show that prolonged and repeated exposure to violence reduces or habituates man's psychological responses such as fear, discomfort and disgust. The continual bombardment of young adults with violent material creates an unwarranted acceptance, particularly among those who are unable to grasp the harrowing repercussions of translating the acts seen on screen into real life. The sacred value of human life is not seen, or treated, with the fragility it once was.

We have placed age restrictions on who can view content but age is no indicator of moral acuity. There are many 18- to 24-year-olds who view crude material without understanding the ramifications a single punch can have.

The path to a better future lies not in attacking only the perpetrator of this crime but in developing a method to identify those who share these moral shortcomings. Those who are ethically deficient must be recognised at the earliest stage possible so that the necessary help can be provided to protect themselves and others.

For previous generations, it was parents who were responsible for ethical guidance while schools were facilitators of arithmetic and literacy. However, in a time when parents exert less influence due to the realms of cyberspace, schools must do more to create not only good students but good people. I'd much prefer that my peers be taught, from a young age, the value of human life and what is right and wrong, as opposed to excessive algebraic expressions.

Standardised testing such as NAPLAN should focus on more than just English, mathematics and science. Students should be assessed on their ethical principles and moral acuity, with those displaying negative results provided the necessary guidance to progress.

To prevent the ''coward punch'', we need a culture of moral identification and education. Rising violence in various media platforms has helped create a faction of thoughtless aggressors.

We must develop a culture where we know moral boundaries so that there is no more need for the distressing excuse ''wrong place, wrong time''.

Brandon Jack, 19, is a senior list player with the Sydney Swans and a Media/Law student at UNSW.