Even the most stable moral compass can be damaged by war. UNSW Canberra researcher Tom Frame explains the inner injury that arises when good people witness terrible things. 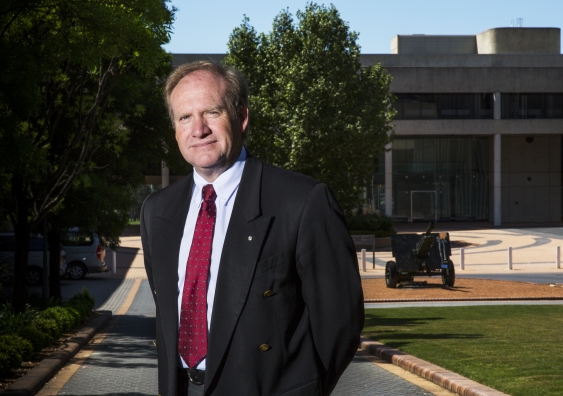 A soldier in the Australian Army is posted to Somalia, a country ranked among the world’s most troubled states and where the capital, Mogadishu, is known as the “city of death”. Life is cheap and warlords rule over clan-based militia who cause widespread lawlessness.

Another soldier is sent to Afghanistan, where atrocities like suicide bombings are commonplace, and where 32 Australians have been killed and 218 wounded since 2001.

Having come from a society in which order, reason and respect for human life are givens, the scenes these soldiers witness throw everything they believe into disarray. The psychological, emotional and spiritual repercussions are profound.

Armed conflict damages human beings on many levels. In war, even the best resilience training can’t protect us.

Moral injury is not new, but it is becoming more acute as more soldiers return from deployments in anarchic places like Afghanistan, Bougainville, Somalia, East Timor, Rwanda and Cambodia, says UNSW professor of military history Tom Frame. Few Australians have an understanding of these conflicts or personal empathy with the men and women who’ve been deployed to them. Only 0.1% of the population even knows somebody who has served in the defence force, says Frame, who is director of UNSW Canberra’s Australian Centre for the Study of Armed Conflict and Society.

“During the World Wars, and to some degree during the conflicts in Vietnam and Korea, large numbers of Australians returned from overseas and were absorbed into a society that was aware of their experience and conscious of their needs,” he says. But these days the general public is largely uneducated about conflict and its complex legacies.

“Soldiers are returning to the community having seen and heard things that are morally devastating. The world is not as they thought it was or ought to be and their responses are uneven at best.”

Frame has written extensively on the ethical impacts of war, largely from personal experience. He joined the Royal Australian Navy (RAN) as a 16-year-old cadet midshipman in the late 1970s, and served for 14 years at sea and on land, including three years at UNSW completing an Arts (Honours) degree and a PhD. He resigned from the RAN in 1993 to train for the Anglican ministry and was appointed as Bishop to the Australian Defence Force in 2001. His latest book Moral Injury: Unseen Wounds in an Age of Barbarism, is published by UNSW Press, one of more than 25 he has written or edited.

“People think moral injury is a sub-set of PTSD [post-traumatic stress disorder] or a close variant,” says Frame. But it’s not that clear-cut. “A traumatic event may cause moral injury but a person can be morally injured without the causal event being traumatic,” he explains.

“Moral injury flows from internal reflection. It has to do with what a person makes of what they see, hear, smell, touch and taste. Two people can experience the same thing: one will be unaffected while the other will be injured.

“The difference is how they interpreted their experience in terms of the value structures ordering and regulating their inner being.”

Soldiers are returning to the community having seen and heard things that are morally devastating. The world is not as they thought it was or ought to be and their responses are uneven at best.

Australians are slowly coming to realise there are two distinct experiences affecting returning soldiers, Frame says. “One is their inability to tell their stories in a way that helps them integrate morally injurious experiences into a coherent personal narrative. The second is the inability of society to incorporate these experiences into national commemoration.”

Frame believes addressing moral injury – and having an ethical dialogue around operational experiences – needs to be a more prominent consideration. Real help begins, he says, with a realisation that some unseen wounds of war have their roots in morality – PTSD can’t account for it all.

That recognition can head off problems later. “A morally injured individual can conclude that personal morality and public ethics are unnecessary or even non-existent. They can abandon notions of right and wrong, become hostile towards authority, feel paralysed by guilt and shame or profess ambivalence towards the whole notion of wrongdoing,” Frame says.

“As a nation we prefer to believe that war brings out the best in people, and so we don’t make room for discordant stories. But armed conflict damages human beings on many levels. In war, even the best resilience training can’t protect us.”