Opinion More cyclists? That depends on where you live

Despite encouraging increases in some areas, cycling to work in Sydney remains a minority activity. Much more needs to be done before it becomes widespread and the benefits are felt on a population level, write Alexis Zander and Chris Rissel. 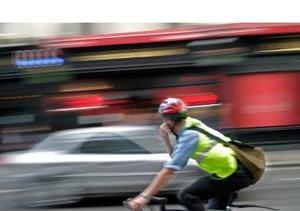 OPINION: If you have heard comments from friends or colleagues that there seem to be a lot more cyclists these days, chances are that you live or work in the inner city of an Australian capital city.

A new report released by the Prevention Research Collaboration of the University of Sydney examined journey to work data for Sydney from the 2001, 2006 and 2011 Census.

Overall, cycling to work has increased marginally but remains low at around 1% of all journeys to work.

What’s in a choice?

More people commuting by bicycle means cleaner, less congested cities, less stress on public transport systems and a more active, healthier population. In light of Australia’s commitment to reduce greenhouse gas emissions and ever increasing rate of obesity, normalising cycling to work has multiple benefits for cities, government and individuals. But participation needs to be far greater than its current levels for any of these benefits to be felt on a population level.

A person’s decision to cycle to work is influenced by a range of factors, including availability of cycle infrastructure, perceptions about safety, end-of-trip facilities like showers and public attitudes about the acceptability of cycling. The weather, distance to destination and topography of a city also make a difference.

Examining the characteristics of the areas where cycling is increasing or decreasing may hold clues to the best methods to increase cycling participation.

Since 2001, inner Sydney has seen large increases in both the number and proportion of people cycling on their journey to work, from 5351 people in 2001 to 11,442 in 2011, an increase of 114%. Driving this increase were Local Government Areas like Sydney, Marrickville, Ashfield, Leichhardt, Lane Cove and Willoughby, which all experienced more than a 100% increase in the number of people cycling to work.

The top performing Local Government Areas with the highest proportion of people riding to work in the whole Sydney region were Marrickville with 4.39% of people cycling to work, followed by Leichhardt (3.81%), Sydney (3.64%), Waverley (2.91%), Manly (2.79%), Randwick (2.50%) and Newcastle (2.46%). Five of the top seven Local Government Areas are in inner Sydney (the exceptions are Manly, in outer Sydney and Newcastle, in the greater metropolitan region).

Research consistently tells us commuters want safe bicycle paths and end-of-trip facilities such as showers and bike parks in order to be able to cycle to work.

Much of the cycling rise in inner Sydney has occurred since 2006, coinciding with improved cycling infrastructure and other support for cyclists. For example, cycling levels jumped by up to 30% immediately after the opening of Sydney’s King Street and Bourke Road cycleways, demonstrating that when safe paths are provided, demand increases.

Improvements should continue as the inner Sydney regional bicycle network, a network of 284 kilometres of interconnected cycleways being built throughout the City of Sydney, develops, and Local Government Areas continue to show political and financial support for cycling.

The decline in cycling in the outer city areas is likely due to the greater distances to workplaces, a lack of cycling infrastructure, increasingly suburban rural environments, heavier traffic and a more hostile riding environment.

These analyses show again that where facilities are being built, cycling is increasing. But despite encouraging increases in some areas, cycling to work in Sydney remains a minority activity. Much, much more needs to be done before cycling to work becomes widespread.

Alexis Zander is a PhD student in the School of Public Health and Community Medicine, UNSW.

Chris Rissel is a Professor of Public Health at the University of Sydney.