Opinion Murdoch and his influence on Australian political life

Over the course of the 2013 federal election, we will experience a real time experiment into the degree of influence exerted by Rupert Murdoch on Australian political life, writes David McKnight. 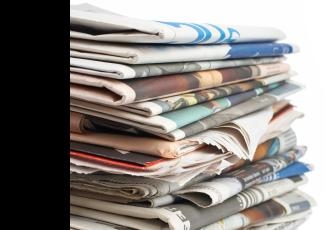 OPINION: In 2007, journalist Ken Auletta spent a great deal of time with Rupert Murdoch while writing a magazine profile of him. Auletta observed that Murdoch was frequently on the phone to his editors and this prompted him to ask: “of all the things in your business empire, what gives you the most pleasure?” Murdoch instantly replied: “being involved with the editor of a paper in a day-to-day campaign…trying to influence people”.

Over the course of the 2013 federal election, Australia will experience a real time experiment which will demonstrate the degree of influence exerted by Rupert Murdoch and his newspapers on Australian political life.

That Murdoch has had an influence on elections previously, especially in the UK, is no secret. In the 1992 UK election, The Sun, his biggest selling tabloid in the UK and editorially a kissing cousin of Sydney’s Daily Telegraph, claimed victory on behalf of the Conservative party. As the headline famously bellowed: “It Was The Sun Wot Won It”

Could we see “It’s The Tele Wot Won It” on the morning of September 8?

On Day One of the campaign (the Monday just gone), the Daily Telegraph staked a claim for the most thuggish headline: “KICK THIS MOB OUT”. Two days earlier the Daily Telegraph’s headline was “PRICE OF LABOR: Another huge budget shambles”.

The headlines underlined the fact that when he chooses to, Murdoch uses his newspapers ruthlessly to make or break governments or parties. Given that he controls 70% of the capital city newspaper circulation in Australia, his moods and beliefs are a material factor during elections in Australia. Prime ministers and opposition leaders seek his favours but are grateful if they can just have his neutrality.

Political leaders do this because they have a keen sense of where raw power lies in election campaigns. They know that in the crucial state of Queensland that Murdoch’s Courier-Mail reigns supreme. In Adelaide, The Advertiser has no rival. In NSW and Victoria, he has the powerhouses of the Herald Sun and the Daily Telegraph.

After the 2010 election – which resulted in a minority Labor government – Murdoch summoned his Australian editors and senior journalists to his home in Carmel, California. He made clear that he despised the Gillard government and wanted regime change. In 2011, Murdoch met Abbott and told his editors he liked him. His newspapers (a couple of which had actually supported Gillard in the 2010 election) thereafter campaigned strongly against the Gillard government, particularly on the issues of asylum seekers and climate change.

Some regard newspapers as dinosaurs, but this is mistaken in my view. Newspapers continue to set a daily agenda, particularly in politics. They are responsible for the majority of online news which in turn feeds blogs and social media. Radio and television feed off newspaper coverage, creating an echo chamber, particularly in small state capitals. During election campaigns, the day begins at 4am when the party strategists review the morning’s newspapers and plan their campaign.

The arrival in Australia of New York Post editor Col Allan has aroused much comment. Allan is a radically conservative editor whose newspaper led the charge against Barack Obama in the 2008 and2012 presidential elections. Allan is a loyal lieutenant of Rupert Murdoch’s and is particularly close to Lachlan Murdoch.

The reason for Murdoch’s dramatic intervention in the current election has caused some debate. One interpretation of Murdoch is that he acts only for commercial advantage. Reflecting this, Paul Sheehan in the Sun-Herald argued that Murdoch wants to destroy Rudd and Labor because they are building the National Broadband Network (NBN). The NBN’s capacity to allow the quick downloading of movies and other content would be a threat to Murdoch’s Foxtel TV operation, so the argument goes.

Whether true or not, this underestimates Murdoch and reduces him to a comic book capitalist. If commercial advantage was Murdoch’s real measure of success, he would have closed newspapers like The Australian, London’s The Times and the New York Post many years ago. All lose money. The Australian, for example, which lectures the nation about the need for a level playing field and free markets is reportedly subsidised to the tune of A$25-30 million for its losses per year. The New York Post has never made money under Murdoch. The Times has been in the red for many years.

Murdoch’s personal politics are more ideological than most people think. His pick for US president last year was Rick Santorum. Murdoch praised his “vision” for the country – yet Santorum opposed birth control and wanted to ban abortion. At one stage four of the likely contenders for the Republican nomination were on his payroll as commentators on Fox News.

In Australia, Murdoch’s newspapers – subsidised or not – give him a seat at the table of national politics. From this position he is determined to exercise the kind of influence which he was honest enough to admit to Ken Auletta.

Ethics still a priority for journalists