Opinion Music lifts our spirits in times of crisis

UNSW Professor Emery Schubert discusses what sort of music we like to listen to in the midst of a crisis. 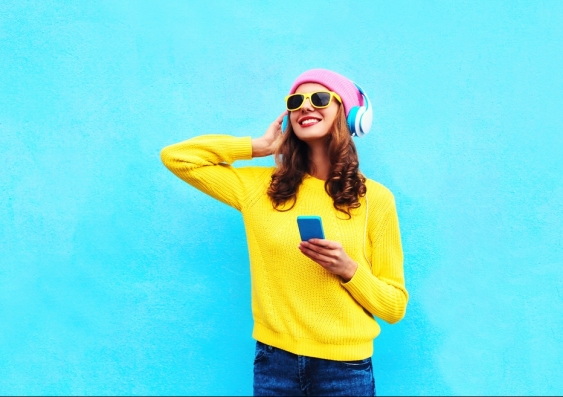 Feelings of fear, helplessness and futility can be managed and countered by uplifting music. Credit: Shutterstock.

Music can unite people in times of celebration and crisis.

But is there a ‘right kind’ of music to play in these circumstances?

Bodner and Gilboa (2009) remarked that in the aftermath of 9/11, “radio stations across the USA played toned-down songs such as Imagine, Bridge over Troubled Waters and God Bless America which gave people a sense of getting through difficult times together, as a unified nation”.

And after the death of Princess Diana, Elton John’s Candle in the Wind served a similar purpose.  The music calmed, consoled and, in so doing, helped people to mourn after a tragedy.

But when people are in the midst of a large-scale existential crisis, be it during a war or a pandemic, the music that bubbles up is surprisingly different. Feelings of fear, helplessness and futility can be managed and countered by uplifting music.

It’s a long way to Tipperary by Henry James ‘Harry’ Williams is a bouncy, marching tune from World War 1, and is now an icon of that era, which in addition to the devastation of the Great War was also a time of the last major, world-wide pandemic.

Despite the negative themes in the lyrics in some of these songs — homesickness (Williams) or an ironic take on fear of death (McDonald) — it still seems counterintuitive that popular music in these times should be so uplifting.

But there is good reason. The music, regardless of, or even despite, the words that accompany it, provides a sense of relief, escape and distraction from worry.

One of the great powers of music, as supported by much research in recent years, is that it can be so highly absorbing, metaphorically transporting the listener into a transcendent, spiritual place. And it can do so simply through the combination of sounds that make up the music.

In the case of music in times of crisis, the pieces I have mentioned are all fast paced, rhythmically active and in the major mode — the characteristics of music known to evoke happy feelings.

Music also has the advantage of being highly portable; it can perform its mental repair to a recipient who is also free to move around, and not have to focus on any particular object (a book, a screen, a physical work of art), as many other forms of relief, enrichment and entertainment require.

While it is too soon to say what music will become associated with the current pandemic, one can test the waters.

Entering coronavirus on a search engine returns health information, mixed with updates of rising cases and death tolls, and some messages of hope and affirmation ('we will get through this’). Overall, quite grave and troubling, encouraging self-reflection on difficult times faced by so many now and into the foreseeable future.

But if you add the word ‘song’ to the search term, uplifting and even defiant and patriotic songs appear, like this one from Italy.

A cursory flick through premier fine music radio stations BBC Radio 4 and ABC-Classic shows programming of far fewer sad pieces, and surge in music that brings cheer and a sense of community, including marches, light jazz, and ‘singalongs’ on stations that were known and respected for specialising in hardcore classical art music.

We are less inclined to find or seek tunes that get us down in times of crisis. The sense of global reality is already doing this, making positive, uplifting music become an important part of our wellbeing.

Professor Emery Schubert is the Head of UNSW’s Empirical Musicology Laboratory in the School of the Arts & Media.