More needs to be done to address the harsh reality of sexual assault and harassment at music venues and festivals, says UNSW criminologist Dr Bianca Fileborn. 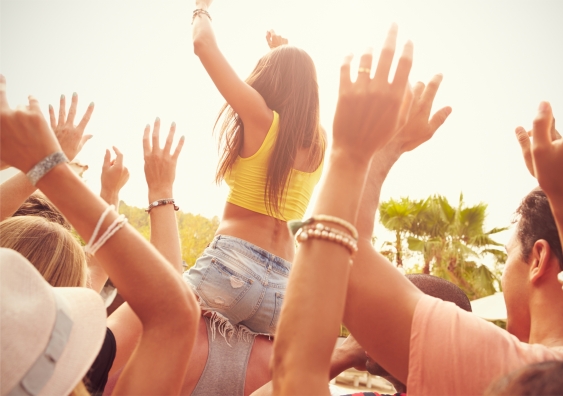 Musicians and singers are increasingly speaking out about sexual harassment and assault at gigs and festivals. Photo: Shutterstock

Music venues and festival organisers should take steps to prevent sexual harassment and assault on their premises, and foster a culture that doesn’t support such behaviour, says UNSW Sydney Lecturer in Criminology Dr Bianca Fileborn.

Fileborn, whose research examines safety, unwanted sexual attention and sexual violence in licensed venues and at music festivals, will speak about how to create safer spaces for music lovers as part of a panel this month at the Electronic Music Conference in Sydney.

The panel discussion comes in the wake of a growing movement by musicians and singers to address sexual violence in the music industry.

In Sydney this month, Canadian rapper Drake abruptly stopped his concert to call out a man in the audience he had spotted groping women. Last month, UK Hip hop artist Loyle Carner told an audience member to leave his show for making a sexist comment, and in August, Sam Carter, lead singer of UK band the Architects, berated an audience member for groping a woman who was crowd surfing during one of his sets.

Fileborn says anecdotal evidence indicates the problem is widespread in the Australian music industry, in part because of a culture that often exploits and objectifies women.

"The music industry is a really male-dominated industry and that has a big impact on the culture. You are not getting women running festivals or managing venues," she says.

"We need to think about the broader culture that allows this to happen. What kind of imagery are venues and festivals using? Are they friendly and supportive of trans gender patrons, and do they have diversity amongst their staff and the musical line-up?"

Fileborn says management could run campaigns and introduce policy that makes it clear to patrons that sexual harassment and assault won’t be tolerated.

"Also, all staff should be aware of the policy, should believe and support victims if they report something, and should take action to remove the perpetrator from the venue or contact police where appropriate," she says.

Fileborn is working on a pilot program being developed by the Victorian Government to help train venue staff to identify sexual harassment and assault, and to develop skills to intervene. If successful, she hopes it will be extended across the state. She would like to see the program adopted nationally.

The momentum for change is being driven by female musicians such as Melbourne indie punk band Camp Cove, which is part of the #ItTakesOne campaign launched last year that calls on male music patrons to stop any mistreatment of females they see taking place on or off the stage.

Fileborn says musicians and artists have a lot of sway with their fans, and with promoters, but there is also a broad cultural shift of women speaking out about sexual harassment and sexual violence.

"Women are saying 'We are not going to stand for this any more'."