"It is climactic and marks a particularly brutal and horrible battle," says UNSW's Andrew Schultz of his musical score marking the centenary of Anzac Day. 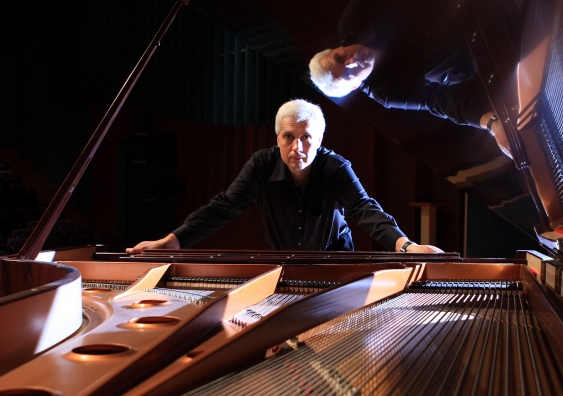 “It is climactic, marking a particularly brutal and horrible battle,” says UNSW academic Andrew Schultz of his musical score composed to mark the centenary of Anzac Day.

August Offensive will be broadcast on ABC Classic FM on Saturday, along with the Cello Concerto and Enigma Variations by Elgar. It is a recording of a performance given by the Tasmanian Symphony Orchestra, conducted by Gary Walker, a month ago.

“The military campaign was such an exercise in futility,” says Schultz, who is the Head of UNSW's School of Arts and Media. “It is just shocking. I have such mixed feelings about Anzac Day. We are commemorating something which is just so brutal and which left such deep scars in Australia, New Zealand and Turkey.”

The seven-minute piece is part of the much larger Gallipoli Symphony project, commissioned by the Department of Veterans’ Affairs. In total, there are 10 pieces composed by Turkish, Australian and New Zealand artists.

The full symphony will be played together for the first time in early August at the Topkapi Palace in Istanbul. The Australian premiere will be in Brisbane in November, performed by the Queensland Symphony Orchestra.

As part of preparation for the project, the artistic director Chris Latham asked Schultz to read the military history of the August Offensive, part of the Gallipoli campaign.

While Schultz says he hasn’t been involved in such a collaborative project previously, it did allow for personal reflection: “It gives you a chance to express something. I wouldn’t have done it otherwise. It’s a chance to reflect on how shocking, violent and futile the battle was. It’s something I feel passionately about.”

Hear the concert in its entirety on ABC Classic FM this Saturday afternoon (April 25th).

Why China will be watching how we commemorate Anzac Day

In remembering Anzac Day, what do we forget?