It's no good to say acts like last week's horror in Woolwich have nothing to do with Islam. Muslims must own their history, cultivate what is good and make a stand against what is not, argues Clive Kessler. 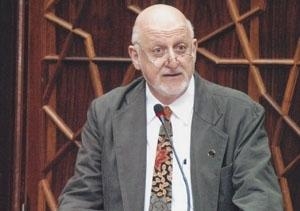 OPINION: Yes, following last week's horror in Woolwich it is correct to point out that there are Muslims and there is Islam. And that they are not always the same thing.

But it is no good to say such acts have nothing to do with Islam. It is an evasion to assert such acts are based on "extremist" misconceptions and deviations, not "true Islam", or are responses to "Islamophobia".

Nor will it do to say (as British Prime Minister David Cameron did) that such acts have no place or basis in Islam, that this act dishonours and misrepresents Islam, that it is "a betrayal of Islam".

"This was not just an attack on Britain - and on our British way of life. It was also a betrayal of Islam," he said. "There is nothing in Islam that justifies this truly dreadful act," he added.

True, there are Muslims and there is Islam, and they are not the same. But Muslims must acknowledge their ownership of Islamic history, cultivate what is good in it and take a clear stand against what is not.

No people's or faith's history is a record of unblemished virtue. Islam is no exception. Modern Muslims, especially in the West, must be prepared to clearly acknowledge from where the evils, such as last week's depravity, have come. They must stand up openly against those otherwise wellmeaning Muslims who will not do so. They must stand openly against the claims "extremists" make of a legitimate religious basis for their depraved actions.

In our kind of multicultural society, with its subtle codes of interfaith etiquette, others cannot easily take a stand against terrifying Muslim zealots - or the dire actions they justify in the name of Islam, and against the criticism-silencing, opposition- disabling claims that raising these matters is hostile - if Muslims "of good faith" will not take the lead publicly themselves.

When it is put to them, some thoughtful Muslims of democratic and secular inclinations agree with this argument. But only privately. We cannot do so publicly, they plead, when our people are under attack and feel so vulnerable. Not wishing to offend, I have often sympathetically replied, "Yes, I understand."

But what I should say, I now realise, is something tougher. "If Muslims who think as you do would only show a bit of the everyday public courage of the modern citizen, your community might not find itself feeling so isolated and mistrusted."

To give tacit assent to the proposition that beheadings have no place in the history of Islam - and that those who behead others are acting (as London Mayor Boris Johnson rushed forward to suggest) purely out of their own private tortured imaginations and draw nothing from Islamic tradition - is simply dishonest, intellectually and politically.

"It is completely wrong to blame this killing on Islam," Johnson said. "The fault lies with the warped mindset of those who did it." For him this was an "obvious point", not a gesture of appeasement nor the thin end of a capitulationist wedge.

It is condescending. It fails to take Islam and its history seriously. It is irresponsible and it is disappointingly inadequate. Better is needed and owed.

This society needs to be able to conduct a mature and responsible discussion about Islamic civilisation, its evolution and its relation to the societies of the West.

To do so, we must find, and make available, a place for that kind of informed consideration.

That place lies in the space between two extreme positions - two polar opposites that, in so many ways, are mirror images of each other and of each other's terrible simplicities.

On the one side stand those, the defensive community apologists, who say: Islam is ours, it is us, and it is without flaw or fault. Don't you who are not part of it dare to speak of us or to touch upon it in any way.

On the other are those such as Geert Wilders, who say: Islam is you over there and it is no part of us, it is the other; moreover, it is inherently bad and for decent people it is beyond the pale.

The neglected, and still largely uncultivated, space in between them is the terrain where responsible discussion of these issues may take shape, where the "clarification and negotiation of differences" can occur - and where the basis of a decent "sharing of the world" can be worked out.

That space, and that process of engagement, needs to be filled with something better than the facile - and ultimately fearful, not respectful - evasions of Cameron and Johnson.

Clive Kessler is Emeritus Professor of Sociology and Anthropology at UNSW.