The international focus has been on the war in Syria and its refugees, but the impact on host countries, such as Lebanon, also demands attention, writes Anthony Billingsley. 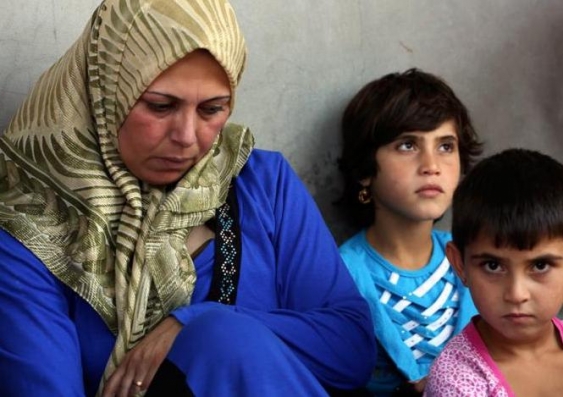 OPINION: The recent sinking of a refugee boat bound for Australia off Java, which had 68 Lebanese on board, highlights the complexity, magnitude and reach of the Syrian civil war.

The effect of the ongoing war in Syria is dramatic. Out of a population of around 22.5 million people, 13 million are regarded by the United Nations as being at risk, 4.25 million are displaced within Syria and over two million are refugees in neighbouring countries. The number of refugees is constantly growing, and is expected to reach 3.45 million by the end of this year.

The international focus has tended to be on the refugees, but the impact on host countries also demands attention. All of Syria’s neighbours - except Israel - have been affected by the flow of refugees which, in the case of Lebanon, has raised fears for the survival of the state. The issue is not just humanitarian. It is highly political as well.

Recently, Lebanese president Michel Sleiman warned the international community that his country faced “a crisis of existence” as a result of the ongoing Syrian civil war. While this warning was issued just before a meeting with international donors and could be dismissed as simply an attempt to drum up money, it is a concern that is being expressed widely throughout the region, including by local and international NGOs and other countries.

Lebanon – on the frontline

Lebanon is particularly vulnerable to the pressure from refugees. It is a fragile state that lacks effective administration. The country has been operating under a caretaker government since March, largely because of an ongoing domestic political crisis.

The situation in Lebanon has reflected deeply divided politics, a stalemate between the main political actors, extensive foreign intervention and the precarious regional security situation. But to its great credit, Lebanon has maintained an open border policy forSyrian refugees.

This has meant that the country has found itself host to more than one million Syrian refugees, with around 50,000 new registrations each month. In addition, 55,000 Palestinian refugees from Syria have registered with the UN Relief and Works Agency. Syrian refugees now represent the equivalent of 25% of the total Lebanese population of around four million. The influx of such numbers would present a fundamental challenge to even the most organised of political systems.

Despite their own problems, Lebanese have generally shown great hospitality to the refugees. The case of Palestinian refugees from Syria is more complex, with reports of Palestinians being arbitrarily rejected at the border.

However, the problem is impossible to treat as simply a humanitarian crisis and bears directly on the nature and survival of the Lebanese state.

Not just a humanitarian problem

Sleiman has been promoting a policy of “dissociation”, which urges the various communal groups in Lebanon to avoid taking sides in the Syrian civil war. As was evident in the role played by Hezbollah in the retaking of the Syrian town of al-Qusayrearlier this year and a subsequent series of bombings in Tripoli and southern Beirut, this policy is only being partially accepted.

Reflecting their difficult history of sectarian conflict, Lebanese tend to view the Syrian civil war in similar terms. Based on their experience of the Palestinian refugees - many of whom have been in the country since 1948 - Lebanese fear that the new inflow from Syria will also become permanent, with serious implications for the fragile communal balance of the country.

The refugees - who are 95% Sunni - have found a haven across the country, including in areas dominated by the Hezbollah movement. But as their numbers grow, concern is building and calls to stop the refugee flow have begun to be heard.

The Christian and Shia communities are especially concerned that the influx of the refugees will upset the tenuous confessional balance in favour of the Sunni population.Christians, in particular, have started to fret about the influx aggravating their marginalisation in Lebanese society.

Even among Sunni communities, patience with the Syrian presence is beginning to wear thin. The result is emerging tension between local communities and the refugees.

While not a party to the Refugee Convention, Lebanon does allow the UN High Commissioner for Refugees (UNHCR) to operate across the country. However, Syrian refugees are not housed in UNHCR camps as elsewhere in the region – again reflecting the Palestinian experience. Instead, they are located at over 1500 sites around the country, adding to the complexity of supporting those in need and managing the refugees’ impact.

As a result, the refugees' presence is widely felt. They can be seen begging in the streets of the major cities, squatting in vacant buildings, camping in farmland in the Bekaa valley or labouring on building sites across the country.

Poverty is widespread in Lebanon, especially in the areas of Baalbek-Hermel and Akkar in northern Lebanon and the southern suburbs of Beirut. Large numbers of Syrian refugees have been fleeing to these areas, exacerbating the plight of Lebanese there. The government has struggled to respond, exposing and deepening existing structural problems and stretching scarce state resources to the limit.

Lebanon has massive budgetary problems. The country’s budget deficit reached around A$1.89 billion in April this year and the state lacks the ability to address the issue. This problem has been aggravated by the refugee crisis, which, according to theWorld Bank, has cost Lebanon over A$7.75 billion and suppressed economic growth.

The resulting challenges manifest in various ways. For example, when Lebanese public schools opened this October, they were expected to provide educational opportunities for refugee children. They were able to find places for 100,000 school-aged refugees but a further 100,000 missed out. This has long-term implications for the students’ development and has led to increased delinquency and crime in some areas.

The equally under-funded Lebanese health system has been struggling to deal with the increased pressures caused by the refugees, many of whom arrive in poor condition. Competition for housing between poor Lebanese and the refugees has also emerged as a significant problem.

Refugees who register with the UNHCR receive financial and other support to help them meet the challenge of surviving in Lebanon. While important, this support also enables refugees to undercut Lebanese who are looking for work, for example, in the construction sector.

Those Lebanese who are bearing the brunt of the Syrian refugee crisis often feel that they are at a disadvantage compared to the refugees who benefit from UNHCR support. They lack access to an adequate social security system and have limited opportunities to make themselves heard by those in power.

Many feel that they have no option but to join the great Lebanese tradition of migration, while those who are unable to migrate have begun to join the refugee movement themselves. As Australia saw from the recent boat disaster, many of those lost at sea came from those areas that have been most affected by the refugee flow.

A great irony is that while western nations praise Lebanon for its open border policy and provide considerable financial support to its efforts to respond to the crisis, those same nations are unwilling to meet their responsibilities to accept Syrian refugees.

Anthony Billingsley is a Senior Lecturer in UNSW's School of Social Sciences.