With any luck the recommendations of the federal inquiry into workplace bullying will be enacted quickly, with appropriate resourcing and cooperation to make Australia a safer, better place to work, writes Carlo Caponecchia. 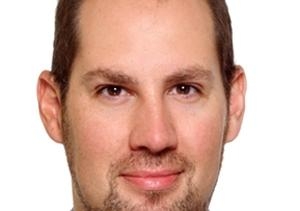 OPINION: The House of Representatives Standing Committee on Education and Employment’s inquiry into workplace bullying has delivered some important recommendations which should now be enacted.

The endorsement of a common national definition of bullying – that for it to be called bullying, behaviours have to be repeated, unreasonable in the context, and cause a risk to people’s health and safety – is a significant step forward.

This definition was already essentially in place in most Australian jurisdictions, with some slight divergences, but commitment to a national approach is the only way forward. Perceptions of a definitional quagmire can’t be allowed to detract from preventing this workplace hazard any longer.

Further, the report’s recommendation that Safe Work Australia’s forthcoming National Code of Practice on Workplace Bullying be adopted and embedded in workplaces across the nation is also a step in the right direction.

Codes of practice outline what is known about an issue, and what duty holders should do to fulfil their duties. They are a foundation for everyone involved – business owners, workers, regulators – to know the kinds of processes that should be expected to be in place relative to the scope and nature of the workplace.

Support for the definition and National code are particularly interesting when considering what has recently occurred in Victoria. Victoria is not part of the National harmonisation of work health and safety laws, of which the adoption of common regulations and codes of practice is a part.

Last month, Victoria revised its definition of bullying (it used to mirror the definition that has been recommended above), and significantly rolled back the nature and content of its guidance material.

The ubiquity of national approaches to almost everything in the Committee’s report, leaves Victoria’s position in stark contrast to where the rest of the Nation appears to be heading.

Safe Work Australia is the statutory agency responsible for improving workplace health and safety across the country. It gets the guernsey for carrying out most of the report’s recommendations.

Add to that the unenviable cat-herding task of garnering agreement from state and territory health and safety regulators on a uniform approach to compliance and enforcement relevant to bullying. All of these tasks are important, and highlight that bullying is a key health and safety issue.

But these are massive undertakings. Safe Work Australia will need substantial additional resourcing, and consideration of strengthening of its role, process and mandate.

The centrepiece of the report is the development of a National advisory service, which can provide assistance to a range of stakeholders regarding the best available options and resources for them. This is of course a welcome addition, and should go some way to delivering consistent and reliable information without making people feel that there is nowhere to go, or that they’ve been cast onto a carousel.

An independent investigation referral service will assign an investigator an organisation when requested, overcoming real and perceived biases. This is a real step forward in engendering some trust into bullying management processes, which have been beset by conflicts of interest and unfair processes.

The recommendation that the Minister should commission further research is a no-brainer, but it would be best if that research were coupled with the other strategies implemented: evaluating the training programs, the advisory services, the investigation referrals, in addition to the more basic research into prevalence and trends that is highlighted in the report.

Interestingly, Coalition members of the panel included a dissenting report. Though largely supportive of the recommendations, they have concerns about others. Some of the dissenting report reads as though bullying is still viewed as problem at the individual level – prioritising issues of personality, and individual sensitivity.

If only it were that simple. Bullying can be systematised, covert, and involve multiple players over a long period of time. It can affect people who are hard-working, resilient, and accomplished. If the report spurs any lasting attitudinal change, it should be that we move on from the misperception that bullying is just about minor, one-on-one, interpersonal disagreements involving people who somehow bring it on themselves.

Concern is expressed in the dissenting report regarding the adoption of the (forthcoming) National Code of Practice, which is being developed by Safe Work Australia. Elements of an early version of the Code are quite rightly criticised.

The problem is that those elements have long since been removed, and forgotten. An updated version of the draft code was available to the committee, and indeed publicly. This may seem a minor quibble, but it is not the first time the code has been recently condemned by referring to a long-dead preliminary edition. Such misplaced criticisms are unhelpful and alarmist. This area requires cool heads and willing hands.

Of course there are many issues left outstanding, including the different arrangements for workers’ compensation and relevant criminal laws around the states and territories.

This is, however, a very credible start. With any luck those heads and hands will see the recommendations of this report enacted quickly, with appropriate resourcing, cooperation, and concern for making Australia a safer, better place to work.

Dr Carlo Caponecchia is a Senior Lecturer in the School of Aviation at UNSW.