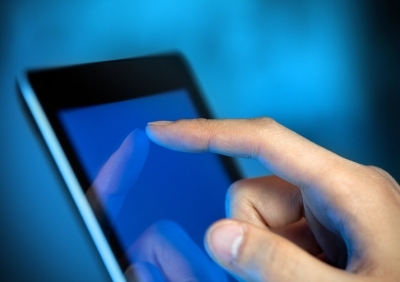 Australia’s metadata collection is expected to increase once Australian telecommunications providers have installed the technology needed to comply with new data retention laws.

Australia is collecting more telecommunications metadata per capita than comparable nations, putting national security interests ahead of privacy concerns, according to new research from the University of New South Wales (UNSW).

UNSW business law lecturer and research fellow Dr Rob Nicholls will present his findings on the opening day of the Australian Political Studies Association (APSA) annual conference, being hosted by UNSW from September 26-28.

Dr Nicholls says Australia’s metadata collection already exceeds that of nations with comparable legal systems, such as the United Kingdom and Canada. This is expected to further increase once Australian telecommunications providers have installed the technology needed to comply with new data retention laws passed last year.

Although terrorism has been overwhelmingly used to justify the erosion of individual rights, Dr Nicholls found most metadata is, in fact, accessed in relation to drugs crimes.

An individual’s metadata – that is, records of communication such as phone calls, emails and Facebook access, but not their content – can be legally accessed in Australia. It does not require a warrant, just a request from a law enforcement or revenue collection agency. This metadata may include the type of communication, the date and time it was initiated, the location of the individual at that time, and the time taken. Accessing the content of communications requires a warrant.

Some of this information was retained by telcos for only a short time. However, under 2015 data retention laws, telcos are required to retain all metadata for two years. Earlier this month, the Federal Government announced $128.4 million in industry grants to help offset the costs to telcos of storing such vast amounts of data.

“I would not advocate that privacy is everything – but we need to weigh up national security interests and privacy with more balance than is currently apparent,” Dr Nicholls said.

His analysis of publicly available data in Australia and other Western democracies found that, contrary to popular assumptions, terrorism is not the primary concern of government agencies using lawful interception. The majority of warrants in Australia are related to drug crimes, followed by property crimes and then crimes against people, with terrorism a long way down the list, he says.

The three-day conference has opened with a keynote address by Professor Jennifer Hochschild, Professor of Government at Harvard University and president of the American Political Science Association 2015-2016. On Tuesday, just before the first Presidential Debate between Hillary Clinton and Donald Trump, Professor Hochschild will be joined by Professor Simon Jackman, CEO of the US Studies Centre at the University of Sydney, and former NSW Premier and Foreign Minister Bob Carr to discuss the US Presidential campaign in a US Election Plenary chaired by Anne Summers.

For the full conference program go to https://apsa2016.arts.unsw.edu.au