Behind the planning process sits an opaque system of automated decision-making. It rests on a generated plan, called a ‘typical support package’. 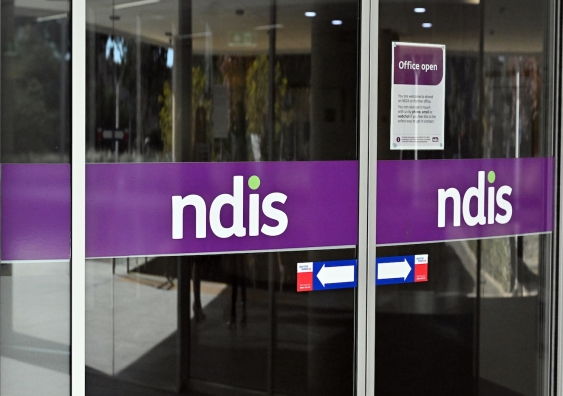 The review will look at ways to improve access to and delivery of the NDIS, including its operations and financial sustainability. Photo: AAP Image/Mick Tsikas.

NDIS Minister Bill Shorten has announced a review of the National Disability Insurance Scheme, amid claims of a cost blowout, heightened by budget forecasts.

The review will look at ways to improve access to and delivery of the NDIS, including its operations and financial sustainability.

The announcement follows last year’s failed attempt by the Morrison government to limit scheme spending, using algorithmic tools and processes to scrutinise the cost of funded plans for individual recipients. As a result of pushback by disability advocates, independent assessments of NDIS eligibility, or “roboplanning”, is now officially dead.

But algorithmic technologies have already become a central component of NDIS assessment, planning and review processes. Unless they are repurposed to address the concerns of people with disability and their families, these automated technologies will continue to undermine trust and confidence in the scheme.

The algorithm behind NDIS budget cuts

Every year, NDIS participants undergo a review of their plan to assess whether their supports are “reasonable and necessary”.

According to the most recent NDIS quarterly report, 25% of participants had their funding cut by more than 5% between 2021 and 2022.

The impact of these measures is reflected in the explosion of appeals to the Administrative Appeals Tribunal, which reviews federal government decisions. Since 2016, appeals against decisions made by the National Disability Insurance Agency (NDIA), which oversees the scheme, have risen by more than 700%. Shorten has appointed an independent taskforce to address the backlog of appeals, a situation he described as “repellent and repugnant”.

Behind the planning process sits an opaque system of automated decision-making. This system uses a set of actuarial and predictive tools that guide NDIS planning and reviews.

The process rests on an automatically generated plan, called a “typical support package”. The plan is informed by the NDIA’s long-term modelling, which predicts a cost profile for each participant based on their age, disability and level of function.

Data related to individual characteristics are entered into a computer program. Participants are profiled to estimate the support they need, based on a statistical average of what people in that category, with those characteristics, typically receive.

The plan is adjusted manually if it is judged not to meet specific needs. Finally, at the end of the process, an NDIA delegate approves the support package.

There are two major problems with this system of automated decision-making.

First, it assumes people with similar disabilities, or levels of functioning, all share similar needs and preferences for support. In other words, it stereotypes them by putting them in a “box” based on a prescribed set of allowable supports and services.

In Australia, people with disability have fought hard against such a tick-a-box approach. In the case of roboplanning, for example, disability groups argued it was discriminatory and demeaning, and undermined disabled people’s right to self-determination.

Automated approaches can be especially problematic for Indigenous Australians and Australia’s large culturally and linguistically diverse disability community, whose experiences of disability and support needs are shaped by complex social and cultural factors.

According to the NDIA, the automatically generated plans are the crucial “link between the scheme’s overall funding and the allocation to each individual participant”. In other words, these plans are essentially benchmarks, which can be adjusted in line with budgetary concerns and cost-cutting imperatives.

All this happens in the “back end” of the NDIA’s computer systems, away from public scrutiny. All participants and families can see are the end results of automated adjustments, in the form of seemingly arbitrary cuts to people’s funding when they apply or go for review.

The future of NDIS automation

The Albanese government faces significant challenges in balancing the need for financial sustainability with the NDIS’s social and human rights objectives.

So far, it has taken steps in the right direction, by appointing several people with lived experience of disability to the NDIA’s senior leadership. Since May, the government has halved the number of NDIS participants waiting on the outcome of an appeal.

Yet it remains to be seen how Labor will make good on its election promise to “fix the planning process so people with disability have real choice and control”.

This is, after all, the ultimate goal of the scheme: to place disabled people in control of the decisions, resources and supports that are necessary for them to lead fulfilling and flourishing lives.

The review needs to consider whether algorithmic technologies are fit for this purpose.

Calls for a ‘one-child policy’ in India are misguided at best, and dangerous at worst