Migrants can no longer afford to live in the ‘gateway’ suburbs that once helped them to leave the ranks of the ‘disadvantaged’ and feel at home in their new country. 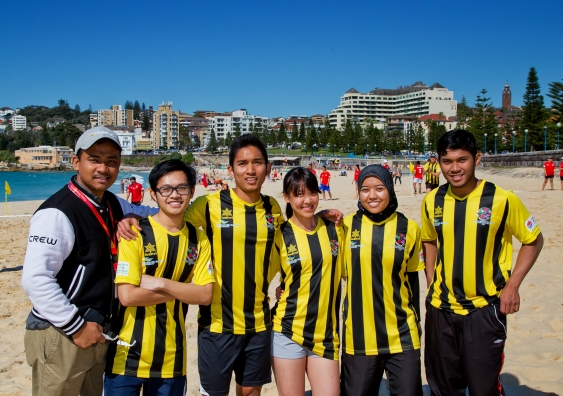 OPINION: The concentration of disadvantaged people in certain parts of cities is almost always seen as undesirable by urban researchers and policymakers. But is this always the case?

Our research demonstrates that it isn’t. Concentrations of people who are often classified as “disadvantaged” – namely newly arrived humanitarian refugees and their families – can have significant positive outcomes. This is because such “gateway suburbs”, while housing large numbers of disadvantaged people, are not disadvantaged places.

Auburn is 19km west of the Sydney CBD.

As part of a broader research project, we chose two suburbs that were identified as disadvantaged and characterised by high numbers of immigrants. We spoke with residents and local service providers about their experiences, place changes over time and current settlement opportunities for newly arriving migrants. The suburbs we chose were Auburn in Sydney and Springvale in Melbourne.

Springvale is 23km south-east of the Melbourne CBD.

Auburn and Springvale may have high concentrations of disadvantaged people, as defined by Australian Bureau of Statistics data (in terms of income, employment and language proficiency in particular). But they are not disadvantaged places.

These suburbs are well serviced by public transport and are within reasonable commuting distance of their cities’ CBDs. They have a plethora of social and community services, along with a good selection of shops and services catering to the local community.

Historically, these suburbs have been major hubs for providing resources and support to new and established migrant communities.

In both suburbs, the presence of “first-wave” migrant groups during years of intensive manufacturing after the second world war, and the immigration encouraged to support this, promoted the development of migrant support services. Government subsidised some of these. Many grew more organically through community relationships and support needs.

With the decline of manufacturing from the late 1970s and changing immigration policies, government support has retracted in these areas. This has been accompanied by a winding back of government support for housing and a rapidly changing housing market.

The legacy of these areas has meant that both Auburn and Springvale continue to have high degrees of amenity and social and economic infrastructure. This includes a high concentration of grassroots community groups. These provide support to recent immigrants in general and refugees in particular.

These are good places to live. But there are signs this is changing.

Broader changes in urban housing markets and migration policies, and economic and labour market restructuring, are beginning to undermine the benefits for immigrants settling in these areas. Increasingly unaffordable housing, reduced employment opportunities in low-skilled jobs and the erosion of government support for newly arrived immigrants mean migrants are at risk of greater disadvantage than in the past.

In particular, housing costs are increasing rapidly in Auburn and Springvale. While private market housing has successfully housed new migrants in the past, this is no longer the case. Many migrants can no longer afford to live in these areas, except in overcrowded or otherwise unsatisfactory living conditions.

Rental stock is in bad disrepair. Refugees and recent arrivals go into these houses and real estate agents are slow to act on people living in substandard conditions and are reluctant to do anything about it. – Springvale interviewee

Today, the choice new migrants face is whether to live in unsatisfactory conditions in these areas, or to move to more affordable areas with fewer facilities and support services.

If similar processes are at play in other migrant gateway suburbs, and we suspect they are, this has important implications for Australia’s ability to continue its role as an immigrant destination country.

In the context of recent shifts in Australian immigration policy away from humanitarian and family migrants and towards skilled and student migrants, this is perhaps not a government priority. But it should be.

Left to fend for yourself

Far from being something to celebrate, that new “disadvantaged” migrants are finding it increasingly difficult to live together in places like Auburn and Springvale is something we should be worried about.

As they are pushed out into more dispersed areas with more insecure housing, recent arrivals are also pushed away from areas with the services and amenities that might help them leave the ranks of the “disadvantaged” and become the “new Australians” who have, until recently at least, been much celebrated.

We have been replacing housing, employment and migrant settlement policy supports with a fend-for-yourself “good luck!” approach in an unaffordable housing market.

In a market dominated by more than 95% private ownership or rental, this poses new risks for those choosing Australia as their home. It introduces further complexity for organisations trying to support successful integration as they work across dispersed locations.

Ultimately, these developments create the risk that Australian society will miss out on the enduring cultural, social and economic contributions made by migrants who choose to call Australia home.

Hazel Easthope is a Senior Research Fellow at the City Futures Research Centre at UNSW and Wendy Stone is an Associate Professor; Director, Australian Housing and Urban Research Institute, Swinburne University of Technology