Opinion New body for complaints against police is a good move, with caveats 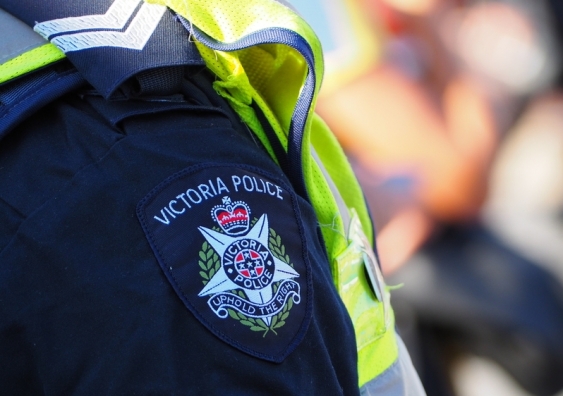 A parliamentary committee has recommended that all serious police misconduct be investigated by a new independent police misconduct and corruption division within the Independent Broad-based Anti-Corruption Commission (IBAC). Will this deliver accountable policing for Victorians?

Ever since the abolition of the Police Complaints Authority in 1988, Victoria Police investigate the majority of complaints against police officers internally. The present system has little public support. Going by submissions to the IBAC Committee Inquiry, only Victoria Police, the Police Association and IBAC itself support the status quo.

The statistics behind police investigating police aren’t good. Less than 4% of complaints relating to excessive force are substantiated (which means the alleged conduct is found on the balance of probabilities to have occurred). While 2% of complaints submitted through lawyers are substantiated, less than 1% of complaints involving Aboriginal people are.
In contrast, civil litigation and criminal defence cases routinely produce results that contradict internal police investigations. As the complaint system is the gateway to criminal and disciplinary outcomes, its failure leaves the public vulnerable to further abuse.

What is a fair and effective police complaints system?

The numerous examples of independent agencies that investigate complaints against police rebut assertions that the police need to investigate their own. The Police Ombudsman of Northern Ireland (PONI), the Civilian Complaints Review Board of New York (CCRB) – the list goes on. These bodies are not only independent, but also more effective than Victoria Police investigations. The PONI substantiates 22% of complaints it investigates, while CCRB substantiates 23%.

As well as independence and effectiveness, allegations of human rights abuses by police and police “duty failures” require careful consideration of the interests of the victim. Because human rights violations by police or failure to respond adequately to victims of crime shatters a person’s confidence in the rule of law, justice requires victim-centred investigation of that abuse.

International human rights principles for police investigations are set out by the European Court of Human Rights. These require investigations of police complaints to be:

How do the inquiry recommendations stack up?

While recommendations to establish and adequately resource an independent division within IBAC to investigate police complaints are important steps forward, we are concerned about the definition of “serious police misconduct” proposed as the threshold for mandatory IBAC investigation.

“Serious police misconduct” is defined as conduct that could result in the prosecution of an officer for a serious indictable offence or serious disciplinary action. This will exclude from IBAC investigation many complaints about racial profiling, excessive force or duty failures in family violence investigation.

In addition, the inquiry has recommended that IBAC complaint investigation files continue to be denied to complainants. This is contrary to the decision of the UN Human Rights Committee in Horvath v Australia where the state’s failure to provide Horvath with her complaint file was one of the reasons Australia was found to be in breach of its human rights obligations. In contrast, the Independent Officer for Police Conduct in the UK is subject to FOI laws.

We are also concerned by recommendation 26, which aims to ensure IBAC decisions are protected from judicial review. The right of appeal is fundamental to ensuring compliance with the law and natural justice.

Will the IBACC inquiry deliver for all Victorians?

Marginalised groups are the most likely to experience abuse at the hands of police, and yet their efforts to seek redress may be the least likely to succeed. The figures quoted above in relation to Aboriginal complainants in Victoria reflect this double disadvantage.

A complaints system in which police investigate themselves is hardly likely to instil confidence in communities where police are regarded as the problem rather than the solution.

In our research in Melbourne, young people from culturally diverse backgrounds reported a wide range of problematic encounters with police. Many parents feared their children would experience mistreatment or criminalisation by police.

An independent system offering timely redress for police wrongdoing and protection from reprisals could go a long way towards restoring community confidence. The inquiry has recommended that “complainant welfare managers” be appointed by both IBAC and Victoria Police to reduce the barriers faced by marginalised Victorians in particular. However, independent support by youth or community workers may still be required to enable them to lodge complaints in the first place.

Victims of crime rely on police to behave professionally and exercise care when they seek assistance. Victorian coronial inquests into the deaths of Kelly Thompson and Joy Rowley, both murdered at the hands of their estranged partners, make this clear.

The Victorian coroner was critical in both cases of police failure to implement policies and procedures designed to protect people from family violence in the lead up to these killings. In the wake of the coronial findings, Rowley’s children said of the police response:

Our research on violence against women with disability backs these comments. Many of the women we interviewed reported that police failed to respond to their complaints of violence against them. Compounding this duty failure, police would sometimes threaten to charge the woman experiencing violence if she persisted in complaining or if she expressed dissatisfaction with the police response.

An effective complaints system is needed if police are to be held accountable for duty failures. There is nothing in the committee’s recommendations that will improve accountability for “duty failures”.

Notwithstanding the shortcomings we have identified, the IBAC Inquiry offers a platform for reform that would entrench a human rights compliant and fully independent police complaints mechanism to serve all Victorians and support good policing practice. We will probably have to wait until after the upcoming state elections to learn whether the political will exists to deliver on this opportunity.