Proposed 'ag gag' laws before parliament are designed to prevent activists from sharing evidence of animal suffering with the community, writes Siobhan O’Sullivan. 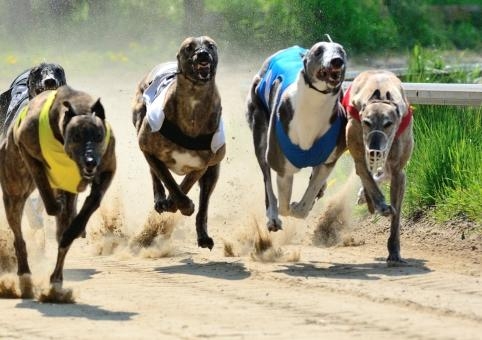 OPINION: Four Corners and Animals Australia have again brought the live animal industry to its knees, after revealing the widespread use of "blooding" in the Australian greyhound racing industry. The story would not have been possible without the aid of hidden cameras, trespass, anonymous sources and undercover investigators infiltrating the industry.

However, it would be short-sighted to see the Four Corners' story as merely another tale of animal cruelty. In its wider context, it is much more significant than that.

The Four Corners' expose comes just days after West Australian Liberal Senator Chris Back introduced a so-called "ag gag" bill into Australian Federal Parliament. The law, if passed, would make the type of investigation Animals Australia, Animal Liberation Queensland and Four Corners have undertaken into the greyhound industry impossible. That is, of course, the point of such legislation.

The debate over ag gag laws has already been had in the US, so we have a good idea what is coming. Ag gag laws seek to duplicate existing trespass laws, but they do so with a twist. Typically, they seriously increase penalties; make it illegal to distribute or broadcast images that have not been surrendered to the police; and create a crime of seeking employment with the aim of exposing animal suffering.

In other words, ag gag laws are intentionally designed to ensure animal activists are unable to let the community know about socially invisible animal suffering.

Greyhound racing in NSW is overseen by an independent body called Greyhound Racing NSW. That body has multiple responsibilities, including animal welfare. Yet, despite that explicit remit, Greyhound Racing NSW told a 2014 NSW Government inquiry it had no evidence live animals were being used as bait.

For its part, the RSPCA told the inquiry it had good reason to suspect the occurrence of live baiting, particularly in cases where greyhound owners were also housing small bait animals. According to Australia's premier animal welfare enforcement agency, the inference was clear "that live baiting probably occurs at these properties ... [but] that the current legislation is insufficient for prosecution".

On Four Corners on Monday night we learnt the RSPCA was half right. Live baiting is occurring at staggering rates, but, in fact, the legislation is adequate. On last count, about 22 greyhound owners and trainers had been suspended around Australia, with legal action to follow. The reason the RSPCA was hamstrung was because it was unable to gather the evidence needed to join the rather obvious dots.

Animal activists were able to obtain that evidence, and more. They were smart, they were patient, and they demonstrated that animal cruelty is a routine part of greyhound racing in Australia. Moreover, it goes all the way to the top. They did this by using undercover investigators to infiltrate the industry and a range of other critically important investigative techniques; all of which would become heavily penalised under the Coalition's proposed ag gag legislation.

If the type of legislation Senator Back seeks were already in place, it would not be 22 greyhound owners and trainers facing legal action; it would be Lyn White, from Animals Australia, and activists from Animal Liberation Queensland. If that were to occur, it would add insult to injury, or, rather, injustice to unspeakable animal abuse.

Siobhan O'Sullivan is a lecturer in social policy at UNSW.