More than half a million Chinese orphans have been assisted by UNSW research over the past decade. Now the launch of a new program will ensure that work is continued. 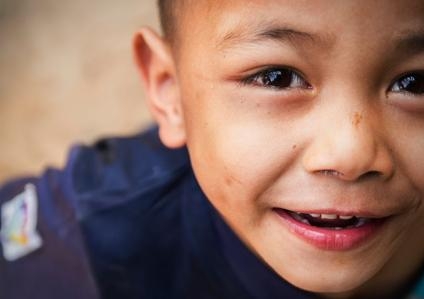 More than half a million Chinese orphans have been assisted by UNSW research over the past decade. Now the launch of a new program will ensure that work is continued.

The Chinese Social Policy Program (CSPP), based in UNSW’s Social Policy Research Centre (SPRC), will promote the exchange of researchers, policy-makers and higher degree students between China Australia, while raising the profile of social policy issues and solutions in both countries.

The program will focus on the SPRC’s existing research strengths in child welfare policy as well as other social policy priorities such as social services and income support.

The CSPP was launched in conjunction with Caring for Orphaned Children in China, a book summarising more than a decade’s research on China’s welfare system co-authored by the SPRC’s Associate Professor Xiaoyuan Shang and Associate Professor Karen Fisher.

The SPRC's Associate Professor Shang said the scale and complexity of social problems in China far outstrips that of Australia, and the Chinese government has only limited resources for social support. “The aim of the CSPP is to give this collaboration a greater focus on current problems and identify solutions while raising UNSW’s profile in the national and international social policy communities,” she said.

When launching Caring for Orphaned Children in China, director of UNSW’s China Strategy and Development Laurie Pearcey said the SPRC’s “pioneering research in Chinese social policy showcase the length and breadth of the University’s connections to China.”

SPRC research contributed to the first national census of China’s orphans, and led to a significant improvement in the living standards of a half a million vulnerable children. The census found the children, many of them in rural areas, were receiving little or no social assistance. Today, under the auspices of the new Department of Child Welfare, all orphans receive financial support for basic needs such as food, clothing and education.

“By building on the UNSW collaborations in China and Australia, both countries will continue to benefit from the deeper understanding of our shared social policy problems,” said Associate Professor Fisher. “Already we have been able to use the knowledge gained in China to reflect on how to improve disability support for families with a Chinese background in Sydney.”