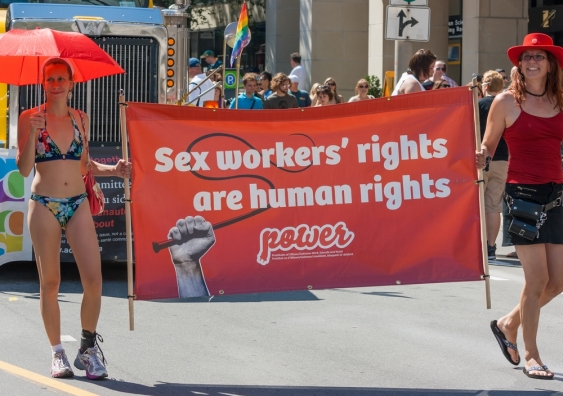 We recently studied the health and safety of sex workers in Western Australia. While such a study was conducted in 2007, we were interested to see if the sex industry had changed in the past decade, and to learn more about the intersection of the law and health and safety for sex workers in WA. While the study was undertaken in WA, it would have implications nationwide.

Since the 19th century, all Australian jurisdictions have criminalised most sex-work-related activities. But in the later part of the 20th century, these laws became increasingly diverse.

In WA, the Prostitution Act and the Criminal Code govern sex work law and prohibit most prostitution-related activities. However, the act of prostitution in itself is not an offence.

How the sex-work industry is changing

Our study was conducted in 2016 and involved male, female and transgender sex workers in a range of settings, including private work, massage shops, street-based and brothels.

We involved peer researchers, who were essential for the success of the project, and sought advice from sex worker organisations. We interviewed key advisers, including local government, police, brothel owners/managers and sex workers.

We observed significant changes in the WA sex industry over the past ten years. These include an increase in private sex work and relative decrease in brothel-based and exclusively street-based sex work. Use of the internet and social media to promote sexual services is increasing.

These changes reflect similar changes in the sex industry elsewhere in Australia and internationally. The growth in private sex work has implications for the provision of outreach services to sex workers, with an increasing need to reach sex workers outside brothels.

Contrary to popular belief, sex workers were more likely than not to report that their work enhanced their wellbeing. Sex workers reported feeling increased self-confidence as a result of their work, and many enjoyed the non-sexual interaction they had with clients. The financial benefits were also important, as was work flexibility.

Stigma and discrimination remained major impediments to sex worker wellbeing. This had impacts on their interpersonal relationships, as well as access to health services and the police.

The reduction in condom use for oral sex among sex workers has been described previously, and was associated with pharyngeal gonorrhoea in Sydney.

A number of study participants described a downturn in the sex industry in WA that may reflect a downturn in the state economy. The downturn in demand for sexual services may have resulted in an increase in some sex workers’ risk-taking, such as accepting clients who they’re uncertain about or, possibly, agreeing to unprotected sex.

Any legislation that seeks to reduce demand, such as the so-called Nordic Model, could backfire and have such an impact.

Sex work should be decriminalised in Western Australia

Our study demonstrated several ways that the criminalisation of sex work in WA has negative impacts on the health, safety and wellbeing of sex workers. These include: criminalisation being used as an excuse for abuse by clients; sex workers being reluctant to go to police as victims of crime; and the hidden nature of sex work in the context of private houses and massage parlours impeding access to services and health promotion.

Decriminalisation allows a highly visible focus on workplace health and safety in brothels and massage parlours, and is an important step towards reducing stigma and discrimination experienced by sex workers.

There is good evidence that decriminalising sex work does not result in an increase in the number of clients, and the normalisation of this work is important in improving sex workers’ health and wellbeing.