UNSW and ACOSS partnership research report finds a widening gap between those who bought homes when they were affordable and those shut out of home ownership. 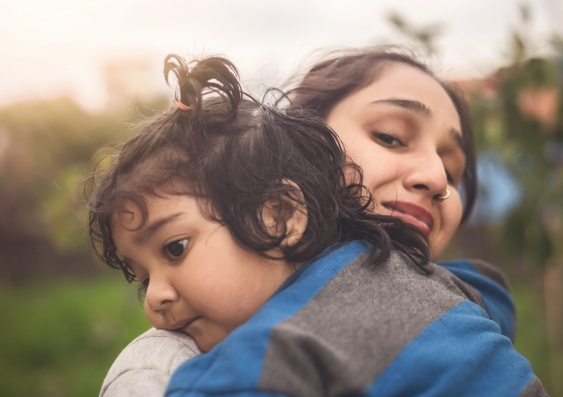 The research points to the precariousness of life for people on low incomes in Australia. Photo: Shutterstock.

A report launched today by UNSW Sydney and Australian Council of Social Services (ACOSS) Poverty and Inequality Partnership confirms that even though Australians are now, on average, the fourth richest people in the world, the distribution of our wealth remains hugely unequal.

The wealth inequality pandemic: COVID and wealth inequality says our overall household wealth has grown as much in the last three years as it did in the previous 15 – despite the COVID-19 pandemic and the recession in 2020 – thanks primarily to the soaring cost of residential properties across the country during that period.

Over two-thirds (69 per cent) of the overall increase in household wealth during the pandemic was in residential property, which rose in value by 22 per cent through the year to December 2021 – the highest annual increase in 35 years.

Rising house prices increase the divide between people who bought their homes when they were more affordable and younger people and those on low and modest incomes who are shut out of home ownership or struggle with escalating rents and mortgage payments.

“Once again, this report reminds us that wealth in Australia is distributed very unevenly. We have over 130 billionaires in this country and last year their wealth grew, on average, by $395 million or 12 per cent. It means they now hold almost as much wealth as the 2.8 million households in the lowest 30 per cent of the population,” says Scientia Professor Carla Treloar, Director of the UNSW Social Policy Research Centre (SPRC) and the Centre for Social Research in Health (CSRH).

“This research makes it clear we have an economic model that delivers profits for the wealthiest at the expense of those with least in our community, and it’s time for the inequality in our economic system to be addressed and made fairer for all.”

Acting ACOSS CEO, Edwina MacDonald says everyone deserves a roof over their heads, and a home that meets their basic need for shelter.

“It is simply wrong that something so fundamental has become so challenging for those on low and modest incomes to achieve.

“This research also points to the precariousness of life for people on low incomes in Australia, 39 per cent of whom are unable to cover three weeks of lost income. There’s also a need to bolster the social safety net so that unemployment does not inevitably lead to poverty.”

The report notes that although the situation is markedly worse of late, it isn’t new. Between 2003 to 2021:

Previous reports in this series have shown how the early pandemic-related income supports and rental assistance offered by the government helped to lift people out of poverty. This report shows that, with a return to ‘normal settings' and the end of those supports, mortgage increases and higher rents are putting people on low and modest incomes under incredible financial pressure.

The study found that household wealth in Australia is very unequally divided.

Over 130 billionaires in Australia each hold an average of $3600 million in wealth.

As there is less inequality in owner-occupied housing wealth than other assets such as shares and investment property, the recent boost to housing wealth eased the growth in wealth inequality underway for the last two decades. The top 10 per cent of households by wealth held 42 per cent of all wealth in 2003, rising to 47 per cent before COVID in 2018, then fell back to 46 per cent in 2021.

This report also shows that due to our high and rapidly growing home prices and relatively easy access to credit, Australian households are overcommitted or ‘more indebted’ than many other wealthy nations. The Organisation for Economic Cooperation and Development (OECD) regards households in the lowest 40 per cent by income with debt at least three times their annual disposable income as ‘over-indebted’ and nearly a third of Australia’s low-income households are currently in this position.

This is the fourth and final report in the partnership’s Build Back Fairer Series which aimed to help us understand the impacts of the COVID pandemic and government responses to it, on people’s incomes, wealth, employment and housing and to assess which groups and regions were most affected.