Many women do not feel safe at music festivals, citing the particular combination of big crowds and alcohol and drug intake making them particularly wary. 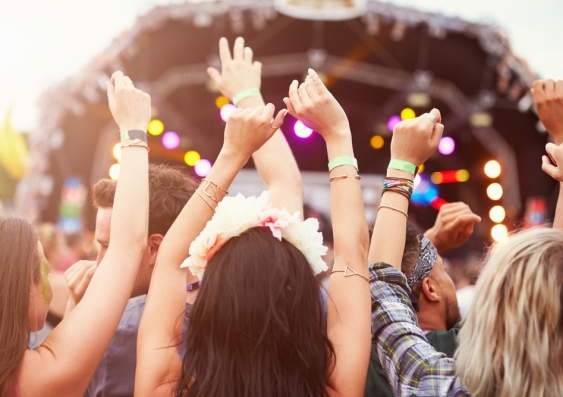 As the weather warms up, it can only mean one thing for young music enthusiasts: the Australian summer music festival season is here. For many young people, this is a time of great anticipation, excitement and meticulous planning of outfits.

Unfortunately, it also raises the issue of sexual violence that has blighted festivals in recent years.

This issue has attracted increased public agitation and attention, as illustrated through media reporting, activism, and the gradual introduction of festival policies and prevention efforts.

Despite this, there has been virtually no research on sexual violence at music festivals. This is surprising, given that they bring together a range of factors that are associated with a heightened risk of sexual violence, such as high levels of drug and alcohol consumption.

As one international exception, a recent survey by YouGov shed some initial light on the issue, with findings indicating that two in five young women (and approximately one in five young men) had experienced sexual harassment at festivals in the UK.

But beyond this study, there is very little documented evidence about sexual violence at music festivals, and none within Australia.

To address this gap, my colleagues and I conducted the first study into perceptions and experiences of sexual violence at Australian music festivals. We focused on forms of sexual violence ranging from sexual harassment (such as wolf-whistling and unwanted verbal comments) through to behaviours that might meet legal thresholds for sexual assault.

We conducted an online survey of 500 people who attend Australian music festivals on their perceptions of safety and sexual violence at festivals.

We also spoke to 16 individuals who had either experienced sexual violence, or been involved in responding to an incident, at music festivals across the country.

Most of our participants felt safe most of the time at Australian music festivals, with 61.5% saying that they “usually” felt safe, and 29% responding that they “always” feel safe at festivals.

This is an important finding, as it cautions us to resist viewing festivals as inherently risky or dangerous spaces, and to avoid perpetuating the moral panic that often accompanies youth leisure practices.

The presence of friends was the most significant factor influencing parcipants’ sense of safety. However, this is a double-edged sword when it comes to sexual violence, given that we are most at risk of perpetration from someone we know.

Conversely, other patrons’ drug and alcohol consumption and overcrowding were the factors participants most commonly associated with feeling “unsafe” at a festival.

An overwhelming majority of participants thought that sexual harassment (87.5%) and sexual assault (74.1%) occurred at music festivals. Certainly, this perception is consistent with the emerging international and anecdotal evidence.

Participants recognised the gendered nature of these experiences, with women seen as most likely to experience sexual harassment (86.7%) and sexual assault (86%).

Experiences shared by interview participants spanned a range of “type” of sexual violence, from harassing behaviours such as verbal comments, through to acts that would likely meet legal thresholds for sexual assault.

Sexual harassment was particularly common, in line with survey participants’ perspectives. Notably, most of our participants had multiple experiences of sexual violence, and/or knew friends who had similar experiences.

Interview participants’ experiences further illustrated how the environmental and contextual features of festivals could be used to facilitate and excuse perpetration.

Crowded spaces such as the mosh pit were most frequently identified as sites of sexual violence. For example, perpetrators were able to use the packed nature of these spaces to create a level of ambiguity about, or “get away with”, their behaviour. In such settings, it was often difficult for participants to know if an incident was intentional, or just the unfortunate result of a crowded, often physically aggressive space.

In less ambiguous situations, perpetrators could easily disappear into the crowd, making it difficult to do anything about the incident.

Such experiences can and do profoundly impact women’s ability to fully participate in music festivals. Participants often said they changed the way they dressed, were less likely to inhabit crowded spaces (such as the mosh), and were often hyper-vigilant.

In short, sexual violence reduced the ability of women to enjoy these important social and cultural events, in addition to the well documented impacts of sexual violence.

So now we know, what next?

Of course, it is important to remember that sexual violence occurs across many spaces. In fact, it is most likely to occur in private residential areas. So, it is vital not to demonise festivals as particularly problematic spaces.

Nonetheless, in order to prevent sexual violence, we must address it wherever it occurs. It is heartening that many festivals in Australia and internationally have begun to implement policies to tackle this behaviour.

Our research highlights the importance of these developments, and the need to ensure such responses are implemented and evaluated consistently across festivals.

Our findings also point to the need for responses that are tailored to the unique dynamics of music festivals. A “one-size-fits-all” approach is unlikely to be effective.

If we take these steps, we can start to change the tune of sexual violence at festivals.