Opinion The new war for hearts and minds

If Islamic State is to be defeated it must be exposed for the totalitarianism it is, writes Alan Dupont. 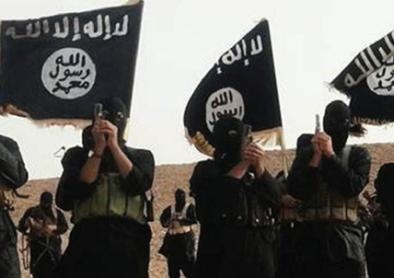 OPINION: Australians are understandably transfixed and repulsed by the barbaric excesses of Islamic State. But it would be a mistake to believe that the demise of Islamic State will be rapid, easy or bring to an end the global turmoil that has accompanied its dramatic rise. This is because its caliphate jihadism is not your run of the mill terrorism, but a virulent mutation of a broader revolutionary movement which has much in common with the totalitarian ideologies of the 20th century.

Communism, Nazism and fascism sprang from a common source: dissatisfaction with the existing international order and a rejection of the tenets of liberal democracy. All were deeply authoritarian and aggressively expansionist, ruthlessly suppressing opposition and justifying excesses by claiming to represent a higher moral purpose and authority.

These characteristics also define Islamic State, which locates the organisation firmly within the long tradition of political absolutism familiar to any student of history. At one end of this spectrum are random tyrannies, at the other, more organised and cohesive regimes of both secular and religious disposition.

That is why casting Islamic State as merely another terrorist group, or a death cult, misconstrues the true nature of the challenge confronting the world’s 195 states and underestimates what is required to defeat it.

Islamic State is the thuggish vanguard of a broader Islamo-­fascist movement rooted in the chronic underdevelopment and widespread political and social alienation to be found in a crescent stretching from North Africa through the Middle East into Central and Southeast Asia. It is no coincidence that the Middle East and much of this Islamic crescent is near the bottom end of the UN human development index.

Although Islamic State is currently the most violent and successful of the groups associated with this movement there are many fellow travellers and franchises. They range from the familiar and longer established al-Qa’ida to copycat clones and Islamic State wannabes in countries as dissimilar as Algeria and India, and Muslim diaspora communities in the West.

It is true many of these groups are also adversaries and pursue different tactics and ambitions. But they are united in their desire to overthrow established governments, their innate hostility to political pluralism of any kind, and their determination to convert, or kill, “disbelievers” including supposedly fellow Muslims.

It should not be forgotten that Islamo-fascists have desecrated countless Muslim holy places and killed far more Muslims than non-Muslims, illustrating this is not a conflict between Muslims and non-Muslims, or between the West and Islam, but rather between forces of intolerance and tyranny, on one hand, and tolerant cosmopolitanism on the other.

At its heart this is a contest of competing belief systems. So if Islamic State and its cohorts are to be defeated, or at least contained, their narrative and ideology must be exposed for the totalitarianism it is and challenged in the market place of ideas.

Achieving this will require a unique union of states and civil society. States, because they remain the dominant actors in the international system, all of whom are threatened by a movement whose reach and appeal is transnational and whose soldiers owe allegiance to no state. In this sense, Islamic State is the archetypal 21st century non-state actor, albeit of the most malevolent kind.

The great strength of cosmopolitan states is the robustness and resilience of their civil societies in contrast to those of totalitarianism. So the task of exposing the falsehoods, perversions and extremism of Islamo-fascism falls to each and all of us, as individuals and linked communities.

But a strong counter-narrative, while important, will not in itself reverse the gains of Islamic State and its ideological soul-mates without clear-sighted leadership, a hard-headed appreciation of geopolitical realities, and a multi-pronged strategy.

For all the talk about the decline of the US, the rise of China and the growing influence of activist regional powers on the make, the onerous and complex task of global leadership on this issue, like so many others, has fallen once again to Washington.

A clearly reluctant Barack Obama has not so much led as been dragged, kicking and struggling into yet another messy, potentially open-ended Middle East conflict which he is desperate to avoid but from which he cannot now resile.

Obama is not entirely blameless for the chaos in Syria and Iraq that spawned Islamic State and provided the perfect conditions for the military blitzkrieg which followed. In seeking to distance himself from the policy failures of his Republican predecessor, George W. Bush, Obama over-corrected by failing to press the Maliki government hard enough to allow a residual US military force to remain in Iraq. The US withdrawal from Iraq created a military vacuum that Islamic State has fully exploited.

Obama’s great virtue, however, is a capacity to learn from his mistakes. His cautious, measured approach in response to the Islamic State advance has been remarkably successful in building broad international support for limited military action in Iraq and Syria to halt Islamic State and degrade its state-like capabilities.

Obama’s ability to win Arab backing for military action is the key achievement of his political strategy so far, underlining the crucial role of American leadership in world affairs. No other country could have brought such a coalition together, or has the capacity to project military power where and when it is needed.

Military force must be part of a multi-pronged strategy to defeat the broader movement that Islamic State represents. This is because the undeniable soft power appeal of its militant ideology has been harnessed to a newly revealed military hard power, once the exclusive and defining prerogative of nations.

Never in the modern era has a so-called terrorist group been able to comprehensively rout the well armed, if poorly led, conventional forces of a substantial state and to occupy, population centres and large tracts of once sovereign territory.

Part of the reason is that Islamic State commands a formidable fighting force of more than 30,000 soldiers, equipped with tanks, armoured vehicles, artillery and anti-aircraft guns. Although it does not have a navy or air force, its tactics are well adapted to the demands of irregular warfare and its fighters are highly motivated in contrast to those of the Iraqi Army.

In addition to the judicious use of military power, the anti-Islamic State coalition must quickly turn the screws on the economic and financial resources which sustain it and enable the organisation to run its war machine and govern a de facto state numbering some eight million people.

This means denying Islamic State access to oil fields in northern Iraq and eastern Syria which recent airstrikes by US, Saudi and Emirati warplanes are clearly designed to do. Financially, wealthy Sunni Arab states and private donors must be persuaded to stop contributing to Islamic State coffers.

An important second step is to follow the money trail in order to identify Islamic State cells and sympathisers. It will also be necessary to cut off the group’s access to funding and the international banking system, although this will not be easy because it uses the informal Hawala banking system where transactions are difficult to trace.

Stemming the flow of new recruits to Islamic State, which has reached alarming levels, will require both a legislative and social media response which finds the appropriate balance between protecting the liberties which Islamic State totalitarianism threatens, and denying it the ability to exploit real or perceived grievances, especially among the young and disaffected.

Islamic State has pushed the boundaries of social media by shrewdly targeting potential recruits through innovative techniques and an impressive understanding of modern communications technology that is hard to combat.

But since cyber space is the critical battleground in this contest of ideas, its narrative must be countered and its use of social media and related communications technology constrained to the extent possible in this information age.

Over a decade ago, the American constitutional lawyer and author, Philip Bobbit, challenged conventional wisdom by observing that the seemingly unconnected, episodic wars of the 20th century in fact constituted a single epochal war lasting from 1914 until 1990.

In the same way, and contrary to the view of Australia’s own national security strategy, 9/11 should be seen as the first phase in a generational struggle for the hearts and minds of Muslims and a strategic threat to the rules- based, international order. Far from being a short-lived, aberrant cult, Islamic State is the even more violent progeny of al-Q’aida, representing a further evolution of a revolutionary, Islamo-fascist movement of which both are a part.

This is the scope and nature of the challenge that confronts all who believe in cosmopolitan tolerance and liberty under law.

Alan Dupont is Professor of International Security at UNSW. 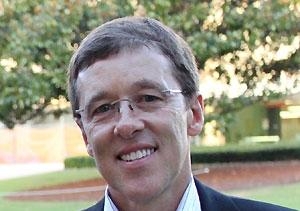