Apparently, teachers and principals have no need to hear about research on international education policy and are too sensitive to deal with “controversial” ideas, write Kalervo Gulson and Andrew Gibson. 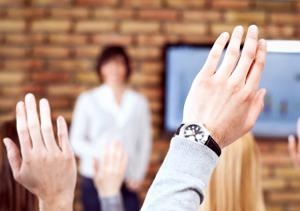 OPINION: Apparently, teachers and principals have no need to hear about research on international education policy and are too sensitive to deal with “controversial” ideas.

Last week, the University of Melbourne’s Graduate School of Education on behalf of the Victorian Department of Education, sent an email to education expert Professor Michael Apple informing him that he would no longer be required to give a professional workshop for principals and teachers.

There were two reasons reported for the cancellation. Publically, a department spokesperson said the professor’s expertise on international educational policy meant he “was not the most relevant speaker to address the workshop.”

But the internal email from the university to the professor revealed the department was more concerned the professor’s ideas on performance pay would be too controversial at a time of politically charged negotiations with the teachers union. The professor responded that he had more academic freedom in Serbia than in Melbourne.

But regardless of whether censorship or irrelevance is the real reason for cancellation, it should go without saying that education academics should have the freedom to share their current thinking. And educators should be exposed to the international policy ideas that could be implemented in Australia.

The Victorian department of education in their public statement seems to be suggesting that Australian educators do not need to know about international education policy.

This is despite the fact that governments all over the world are either influenced by or directly borrow education policies from each other. The Victorian and Federal governments, for example, concerned with increasing teacher quality, have proposed introducing performance pay.

Performance polices have been introduced in the United States, yet these initiatives have been generally unsuccessful at best and damaging to teachers and students at worse.

It seems clear, then, that educators need to be aware of international education policy in order to be informed of their professional context and assess the possible impacts of proposed reforms.

Australian educators should be part of an informed debate looking at why we are borrowing faulty policy models from the United States, instead of more robust policy ideas from other countries like Finland. International education policy then, despite what the department says, is clearly relevant to Australian teachers and principals.

If the talk was in fact cancelled because Professor’s Apple’s ideas were too controversial, it is a very dangerous sign. As Apple himself noted, in an email sent to colleagues around the world, following the cancellation of his talk:

“That a set of government officials, especially in education, would seek to limit the kinds of discussions around some of the most important policies in education not only in Victoria but in the world, is a very worrisome position to take.”

Educational research is often co-opted by educational politics and policy – it can move between ‘evidence-based policy making’ and ‘policy-led evidence making’. At times, research is transmitted through policy networks created between education administrators and governments of all levels. Former head of the New York School Board Joel Klein was very influential, for example, for the current PM, then education minister, Julia Gillard.

Educators do not often have access to these policy networks, but they do need to be aware when borrowed policies are either recanted or as was the case with Mr Klein, the expertise of the policy architects is called into question.

These global policy links are tangible and to decide that they are irrelevant to Australian teachers is at best, treating them with disdain, and at worst as those who are incapable of critical judgement.

Teachers need to be ‘policy-literate’

Increasingly, and globally, education policy is playing a role in steering teachers’ work at a distance. Policies on teacher standards, behaviour, homework, and testing are diminishing the capacity of teachers to exercise professional judgement.

If there is anything constructive to be taken out of the apparent censorship of Professor Apple, it could be that departments of education, and universities who provide teacher education, respect and build educators’ capacity to become more policy-literate.

Teachers do not just implement policy, but can be given the information to interpret, mediate, and at times, reject policies. And, it should be clear, that part of becoming policy-literate involves exposing teachers to controversial international scholars and ideas.

After all, education policy is not about concern for a current government’s latest polling, but about the consequences for the educational futures of our students.

Dr Kalervo Gulson is a Senior Lecturer in Education Policy and Politics at UNSW. Andrew Gibson is a Victorian secondary school teacher.

Investment in the future

Gonski’s legacy and the policy soup: does the political process matter?