Australians may be cutting back carbon-intensive activities, but until the government is more transparent about emission cuts there’s no way to check, writes Sarah Waddell. 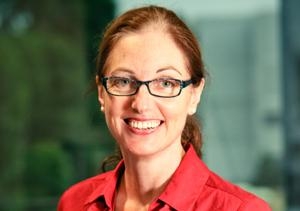 OPINION: Last week we had good news from the Federal Government that the carbon price is already working. Many of us from across the political spectrum have wondered whether the complex new financial arrangements together with the compensation package and seeming myriad of exemptions will actually reduce Australia’s net greenhouse gas emissions and, if so, by how much? Unfortunately, these questions remain largely unanswered.

The good news came courtesy of the Australian Energy Market Operator, which recorded a fall in CO2 emissions from electricity generation. The results seem to be significant. Victoria recorded an 8.7% drop in emissions intensity. Nationally, emissions intensity has fallen by 7.6% in the quarter since the carbon price was introduced.

However, some industry commentators have refuted the government’s conclusion. They say that in Victoria, black and brown coal power generation is being pushed out of the market due to a fall in demand and the requirements of the renewable energy target (RET), rather than by the carbon price.

The Parliamentary Secretary for Climate Change reportedly told us that “[y]ou have to read the report and it shows that Australia’s cutting carbon pollution, which is good for the environment”. But this rather off-hand response raises a number of questions starting with, how does a member of the public obtain a copy of the Australian Energy Market Operator’s report when it is not readily found on the AEMO’s website?

Also, is this the best the government can do? What about the government’s obligation to fully explain the anticipated results of such a major policy innovation as the Clean Energy Future package? What should the Minister for Climate Change be obliged to provide by way of analysis of the impact of pricing carbon and other policies on our greenhouse gas (GHG) emissions abatement?

In early 2013, we can expect the first Quarterly Update of Australia’s National Greenhouse Gas Inventory after the start of the carbon price. The Quarterly Update for the March 2012 quarter, dated August 2012, shows that annual emissions increased by 0.3% compared to the year to March 2011 (emissions from land use, land use change and forestry (LULUCF) not included). Emissions were steadily returning to a peak observed in the year to March 2009, with the trend said to reflect increased emissions from transport and agriculture.

To date, such reports have not linked analysis of changes in emissions levels with the success or otherwise of policy choices. Whether this will be done in the future is not clear. But there is no express legislative requirement to provide this level of detail.

The Clean Energy Act 2011 obliges the Climate Change Authority to periodically review progress in achieving our medium‑ and long‑term targets for reducing net GHG emissions and progress in achieving any national carbon budget (emphasis added). The first review is to be released by 28 February 2014. However, the concept of the national carbon budget has yet to be elaborated.

This leads us back to the modelling published by Treasury before the introduction of the Clean Energy Future package. As ex-ante analysis, Treasury modelled the impact of pricing carbon on the economy at global, national, sectoral and household levels in their July 2011 report Strong growth, low pollution: modelling a carbon price. A supplementary Update was released in September 2011.

The modelling covered around two-thirds of Australia’s emissions – from stationary energy, some business transport emissions, industrial processes (other than existing synthetic gases), waste (other than legacy waste) and fugitive emissions (other than from decommissioned coal mines).

It isn’t clear to what extent complementary measures such as policies to provide investment and innovative grants for renewable energy, carbon farming and closure of emissions intensive power plants were considered. One of the scenarios was said to cover the agreement of the Multi-Party Climate Change Committee “where possible”.

Treasury concluded that “[c]arbon pricing in Australia reduces emissions domestically and overseas”. However, it is essentially the growth in emissions that will be reduced by the carbon price. Actual emission levels will remain roughly the same between 2010 and 2050. Achieving our 2020 and 2050 targets will be heavily reliant on the purchase of abatement sourced from overseas.

Notably, while Treasury’s Update considered four pricing scenarios, none were applicable to a situation where the world takes action to stabilise greenhouse gas concentrations at 450 ppm CO2-e. This is the level widely recognised as being necessary to limit temperature rises to within 2 ̊ C above pre-industrial levels.

The results of a non-government modelling exercise are far more upbeat. In August 2011, ClimateWorks Australia estimated that, if the full suite of complementary measures is implemented optimally, the carbon price package could lead to a result which is double Treasury’s modelling of domestic abatement. On this basis they argue for a 2020 target of 25% reduction on GHG emissions based on 2000 levels, up from the present unambitious 5%.

Questions about the real impact of the government’s policies in terms of reduced GHG emissions need to be answered. The Federal Government needs to provide greater transparency and accountability regarding the actual abatement that will result from its climate change policies. And they need to do it sooner rather than later.

Sarah Waddell is a lecturer in Natural Resources Law at UNSW.