Opinion Not quite the fairytale Disney portrays

Princess Kate's sudden centrefold status is unfortunate and ethically appalling. But if the royal minders really think it unexpected or unthinkable, perhaps they're the ones inhabiting a fairytale fiction, argues Emma Jane. 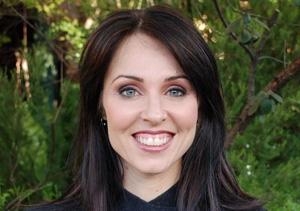 OPINION: Fairytales have done a poor job of preparing modern Cinderellas for the reality of non-fictional princessification.

In fairytales, the worst thing an aspiring princess has to endure is an ugly stepsister or a pair of orthotically unsound glass shoes. Once the dashing prince rocks up, everyone lives happily ever after.

Here are three things you probably won't read about in the classic fairytale canon:

1. The princess who has to undergo a virginity test because the prince's sexist old uncle subscribes to the "bedded-can't-be-wedded" rule (Diana, Princess of Wales);

2. The princess who is hammered in the media for being a commoner single mother who - pass me the smelling salts - may have ''once moved in circles where drugs were available'' (Crown Princess Mette-Marit of Norway); and

3. The princess who is called a hairy-legged, didgeridoo-playing bimbo after private investigators extract tomato sauce-stained letters from her rubbish (our own Princess Mary of Denmark).

As Kate, the Duchess of Cambridge, is discovering the hard and heavily publicised way, the road to Tiaraville is much tougher - and sometimes quite a bit nuder - than the standard Disney depiction.

Certainly there's no record of Snow White having to struggle to keep her royal bosom away from the paparazzi's cameras during clothing-optional castle cavorting.

Yet the shock and horror that have poured from the British royal family's PR machine since the publication of those photographs seem a tad over the top. In addition to legal action, the palace has described the photos as a ''grotesque and unjustifiable invasion of privacy''.

''The incident is reminiscent of the worst excesses of the press and paparazzi during the life of Diana, Princess of Wales,'' a royal spokeschap has said. ''Their royal highnesses had every expectation of privacy in the remote house. It is unthinkable that anyone should take such photographs, let alone publish them.''

Let's get one thing straight: pointing a whopping great zoom lens at a woman's secondary sexual characteristics while she's engaging in private rest and relaxation is not OK. In fact, it is about as ethically advanced as upskirting.

But surely the excesses of the media during the life of the Princess of Wales (and, indeed, during the lives of every princess since) should have alerted the young royal highnesses to the possibility.

Keeping your kit on near windows is Royal-ing Up 101, especially when you're travelling the world as part of an official tour in which media coverage is the point.

The royal family's attempts at rigid image control - in which the royal bodies are presented in only the most stiffly clad and sexless manner - may also explain the novelty value of these intimate images.

If these risque photos were of Paris Hilton or Russell Brand, it would all be a storm in a D-cup/jock strap.

Kate's sudden and unsanctioned centrefold status is unfortunate and ethically appalling. But if the royal minders really think it unexpected or unthinkable, perhaps they're the ones inhabiting a fairytale fiction.

Dr Emma Jane is a Senior Lecturer in the School of the Arts and Media at UNSW and author of Something About Mary: From Girl about Town to Crown Princess (Pluto Press).