Opinion Not so fast! How car commuting is taking your time

Our obsession with speed and our reliance on cars as a supposedly fast mode of transport may be an underlying cause of our lack of time, writes Paul Tranter. 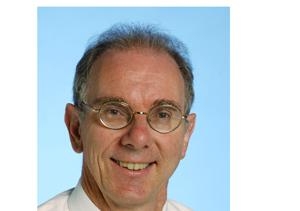 OPINION: Are you addicted to speed? Has a “hurry virus” taken over your life?

Building faster roads or buying a fast car or a second car may seem appealing solutions to time pressure. Yet our obsession with speed, and our reliance on cars as a supposedly fast mode of transport, may be an underlying cause of our lack of time. The more we rely on “time-saving” machines such as cars, the more time we lose. The following anecdote helps resolve this paradox.

Imagine living in a village, where your job each day is to collect a bucket of water from the river. This takes an hour each day. To “save time” you build a machine to fetch the water. However, to make the machine work, you need to spend two hours each day winding up a spring.

The concept of “effective speed” takes into account all the time costs of any mode of transport, not just the time spent travelling.

When the various costs of cars are taken into account, their effective speeds are surprisingly low. Estimates of effective speed show how slow cyclists can travel and still be effectively faster than a car.

The higher trip speeds of cars do not save time; instead they encourage longer travel distances as the city spreads out and local shops, schools and services close. In cities dominated by cars people spend more time travelling by motorised transport than in cities where public transport and cycling are the main modes.

As the speed of cars increases, so does the cost. When motorists drive faster to save time, the few seconds they may save will cost much more than that in the time needed to pay for the extra fuel, wear and tear on the car, and stress. Paradoxically, switching from the car to the bicycle will reduce the total time we spend on travel, as well as boosting our health directly through increased physical activity.

If governments understand the concept of effective speed they will also appreciate the futility of trying to save time by trying to increase the average trip speeds of private motor vehicles. Cities that invest most effectively in cycling infrastructure will have more time and money to devote to things other than transport, including health promotion.

Improving urban health might be as simple as valuing the time of cyclists more than the time of motorists.

Associate Professor Paul Tranter is a Geographer in the School of Physical, Environmental and Mathematical Sciences at UNSW Canberra.

More cyclists? That depends on where you live