Opinion The NSW Central Coast: beautiful one day, Dobell the next

Given the importance of the seats of Dobell and Robertson, the political parties should have done their utmost to get good quality candidates without troublesome baggage, argues Mark Rolfe. 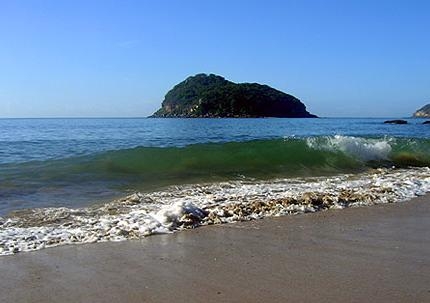 The NSW Central Coast... completely incongruous that such a laid-back area has attracted such vitriol and controversy

OPINION: The seats of Dobell and Robertson encompass most of the Central Coast between Sydney and Newcastle and therefore preside over a glistening necklace of beaches and waterways that are among the most beautiful in Australia.

So, at one level, it's completely incongruous that such a typically laid-back area has attracted such vitriol and controversy over the years. But they were two of the four seats (along with Greenway and Lindsay) that the Coalition should have won in this state in 2010 but didn't, thanks to the incompetence of the NSW Liberal Party.

All this is a far cry from the sleepier time in 1984 when Michael Lee began a 17 year tenure for the ALP in Dobell. He was one of the rising stars of the party, touted for greater things than mere ministry. In the 1980s and early 1990s, the electorate extended further inland, making it a much safer seat for Labor with a two-party preferred vote of 60% or over.

In the 1960s, comedian Spike Milligan once described Woy Woy, a town in Robertson, as "the largest above ground cemetery in the world". Now, the area attracts many "refugees" from Sydney, seeking retirement or a more affordable lifestyle. It is partly a dormitory suburb of Sydney with all the attendant problems.

The area has a narrow economy based largely on tourism, consumer services (for example retail) and some producer services such as law and accounting. Unemployment is at 7.1%, so above the national average of 5.6%. The over-60 cohort is also above national averages. Both seats show that the 20-30 group are up to 2% below the national average. In other words, many kids move to the big smoke to study or get jobs.

Many residents need to commute daily to Sydney for work. That means either tentative travel along the old two-track railway for an hour and a half to two hours each way to the CBD, or for a similar time on the F3 freeway and roads.

Further, the F3 frequently suffers partial closures due to accidents. This was only partly relieved by widening of this originally 1960s architecture to three lanes the entire way. Tenuous transport connections to Sydney are confined by national parks, topographical difficulties and state governments that have not spent money as the new McMansion estates have blossomed in the area.

In other words, major infrastructure problems afflict the Central Coast. It has suffered water restrictions more often than Sydney and at times the water has had an atrociously over-fluoridated taste. Then there is the worry about medical facilities for the aged.

So, it's not surprising that the politicians have sniffed the discontents and the votes. Both John Howard and Tony Abbott toured Dobell and Robertson in the first week of the campaign. This was a follow-up to Abbott addressing a Liberal Party State Council meeting there in June. Since then, he has issued a policy for the Central Coast which proposes A$21 million in spending.

Given the importance and swinging nature of Dobell and Robertson, a sensible person would conclude that the political parties should do their utmost to get good quality candidates without troublesome baggage. But sensible people and parties can part ways. Not even a good shellacking can make parties learn their lessons.

The Liberal Party selected Garry Whitaker for Dobell in late 2011, but dumped him in the new year when it was found he had lived for years in a shed without council permission.

Abbott sent party enforcer and senator Bill Heffernan to a party meeting on the coast to limit the power of party heavyweights Chris Hartcher and David Clarke. Heffernan did that in his own inimitable way. He is said to have become physical with one man and uttered to him that "I didn't know you were a poofter".

Despite this, Karen McNamara was chosen for Dobell. Her husband John stood there in 2010 and she is a factional ally of Hartcher and Clark. Some consolation was gained for head office when candidate Lucy Wicks was parachuted from the state executive into Robertson, only to be greeted by considerable anger from local members.

Overall, one finds the same sort of thing happening in the Liberal Party as in the Labor Party – but that the latter gets greater publicity for it.

Let me reintroduce Craig Thomson, who has had his own merry dance of factional intrigues that I've detailed elsewhere. Some may remember Thomson's notoriety as the ex-official of the Health Services Union under investigation for using the union credit card for brothels. That notoriety emerged in 2009, although it was then not enough to stop him increasing his margin the following year to 5.1% of the two-party preferred vote. Amazingly, when Labor had problems across the country in the 2010 election, he gained a swing of 1.14%.

The hammering by the media and Coalition led eventually to his suspension from the ALP. But then the headache for the state executive became finding a candidate. Nobody wanted to stand, except for ex-Liberal Trevor Drake who had had an argument with his old party. He was the sole nominee and eventually withdrew his nomination. It wasn't until after the election was called that Emma McBride, a former Wyong councillor and daughter of a state MP, stepped forward.

Given the political circus that has gone on, why wouldn't millionaire ad man John Singleton – owner of 2GB and Gosford Stadium – step into the fray with the financing of "Team Central Coast", composed of former cricketer Nathan Bracken (in Dobell) and Lawrie McKinna, former coach of soccer club Central Coast Mariners and mayor of Gosford to run in Robertson.

Saturday will be difficult for Thomson and McBride given the recent polling in Dobell. What is disturbing, however, is that Karen McNamara has been absent from at least one meeting over coal mining in the region where Thomson and McBride have appeared. This seems to be a tactic of the NSW Liberal head office, which has sought to keep its inexperienced candidates across the valuable western Sydney seats away from the media and contentious issues, including Jaymes Diaz and Fiona Scott.

It's almost like they're in a witness protection program – except this time, they are being protected from the voters.

Dr Marke Rolfe is a lecturer in the School of Social Sciences.