The idea of the happy ending as appropriate literary fare for children is an illusion, write Anna Kamaralli and Georgina Ledvinka. 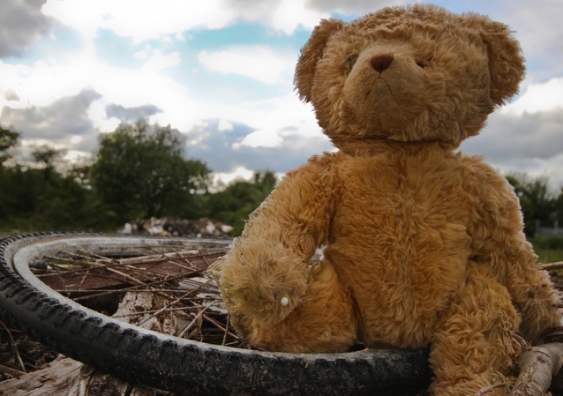 OPINION: In children’s bedtime stories it is often expected that the story will end with everybody living happily ever after. Adulthood, however, brings knowledge that life is messier than stories. It does not deliver happy endings, if only because it does not deliver endings.

Or at least, it only has one ending. As Margaret Atwood identified:

Narrative, on the other hand, requires a cutting-off point. When a story is described as having a happy ending it is easy to think of the happily-ever-after of a fairy tale. That is, the default story that produces the happy ending is romantic, heterosexual, and concluded at the point of marriage.

But when did this become the default? The very idea of the happy ending as appropriate literary fare for children is an illusion from practically every possible angle. Most fairy tales are full of darkness and violence, and as often as not do not end happily.

“The good end happily, the bad unhappily, that is what fiction means,” as Oscar Wilde put it. Almost all of his own fairytales have miserable endings.

In fact, stories for children have always had mottled conclusions. The heroines of Perrault and The Brothers Grimm are sometimes married off, and other times gobbled up; it is merely that their most famous tales have been the happy ones. Hans Christian Andersen’s stories more often end in sorrow (The Little Match Girl, The Steadfast Tin Soldier) or are not about romance at all (The Ugly Duckling, Little Claus and Big Claus).

In the real world children have always experienced traumatic incidences, and have periodically inflicted them on their companions. The denial of this in choosing what stories to share with them says a great deal about what adults want to believe about childhood, rather than speaking to children’s own understanding of the world.

The question for parents and teachers of children lucky enough to live comfortable lives turns on the tension between a desire to give children a period of their lives unburdened by worries, and a need to help them develop empathy.

How much are we prepared to let the ones who avoid suffering know that it exists? Or that some never escape it?

Stories for very young children hold to the principle of happy endings almost without deviance, but the exceptions are noteworthy. Old Pig (1999), which is aimed squarely at primary school-age children, introduces the idea of coping with the death of a loved one and Eleanor Coerr’s Sadako and the Thousand Paper Cranes (1977), in which the young heroine never gets her wish to be cured of leukaemia, provides about the earliest introduction to a genuinely sad ending in a children’s novel.

A few children’s books deliberately subvert the expectation of happy endings. Lemony Snicket (1988) repeatedly disavows any prospect of happy endings and implores those looking for them to go elsewhere:

I’m sorry to say that the book you are holding in your hands is extremely unpleasant.

In the grittier world of young adult literature, narrative outcomes become increasingly complex and some novels feature realistic or even dystopian endings. Kevin Brooks’ The Bunker Diary (2013), a book with no happy ending, in which the protagonist dies without ever resolving a meaning for his suffering at the hands of a psychopath, won the Carnegie Medal and at the same time prompted some serious reflection on what children should be exposed to.

So if fairy tales are prepared to end unhappily, and so are books designed as literature for children, where did we get the impression that a happy ending is the norm? It is not actually classic children’s stories that insist on happy endings, but rather their modern movie versions.

It is Hollywood that cannot abide the idea of anything less than perfect happiness. Movies take considerable money to make, and a happy ending is by far the safest investment. Chiselled and suave James Bond always saves the world and gets the girl(s), and in rom-coms it is only a matter of time until the pleasant-looking lead male and the subtly sexy girl-next-door surmount a series of goofy mishaps and admit the inevitability of their attraction.

No wonder these movies are appealing, and that occasionally even the most dedicated arthouse film buff will succumb to their lure, despite knowing that Hollywood blockbusters invariably reinforce the status quo by perpetuating western hegemonies that privilege notions such as capitalism, whiteness, masculinity and heterosexuality above all else.

It begins to seem more likely that the insistence of mainstream movies on a happy ending has seeped into what we offer to children, rather than that children’s stories have influenced the movies.

But as long as children have access to books as well as mainstream films, there is scope for them to experience that neatly resolved, happily-ever-after endings are only one aspect of storytelling, and that many other, more complicated outcomes are possible.

This article is based on an essay in the collection On Happiness: New Ideas for the Twenty-First Century (UWA Publishing, June 2015).

Anna Kamaralli is a lecturer in Theatre Studies at UNSW.