Dr Cassandra Goldie, head of the Australian Council of Social Service, has a PhD in Law from UNSW. At the university she met Professor Peter Saunders, from the Social Policy Research Centre, with whom ACOSS has now partnered to produce landmark reports into poverty. 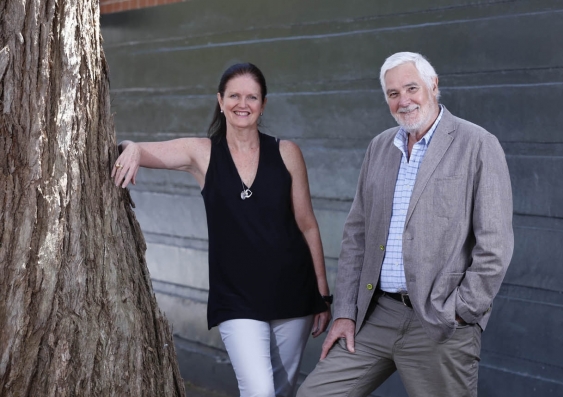 Close to three million Australians were living below the poverty line in 2014. “As a country that prides itself on an egalitarian culture, we should be determined to change this picture,” says Cassandra Goldie.

Shortly after joining the Australian Council of Social Service (ACOSS), Goldie, a UNSW alumna, approached Peter Saunders from UNSW's Social Policy Research Centre (SPRC) with the idea of starting a partnership to bring the neglected under belly of Australian society into the public gaze. Its lack of visibility was partly due to the fact that Australia does not produce an official report on the subject.

“We wanted to fill that vacuum and produce something concrete, that could shine a light on poverty in Australia and keep it there on a regular basis,” Saunders says of the motivation for the partnership.

That relationship has developed through a series of biannual reports, titled Poverty in Australia and Inequality in Australia, the latest of which was released in October (ACOSS had previously published three prior to the partnership with UNSW).

In 2004, Goldie began a PhD at UNSW Law, which focused on human rights, adequate housing and protection from eviction, her interest inspired by working in legal aid in WA and the community legal centre in Darwin.

We wanted to produce something concrete, that could shine a light on poverty in Australia and keep it there on a regular basis.

It was at UNSW that she first met Saunders, a global expert on social policy. After becoming the CEO of ACOSS in 2010, the lawyer got back in touch with the distinguished academic to initiate one of her “top priorities” – a rigorous and persistent analysis of poverty and inequality in Australia.

Saunders says it was mutually beneficial from the beginning: ACOSS needed credible, evidence-based data it could take to policy makers, and the SPRC needed a way for its research to find a wider public audience.
“We know Cassandra will use this information in a wise way. She can get this information to policy makers and other people who can make a difference ... it forces them to consider, who is missing out in our society, and why?”

Goldie says the expertise of Saunders and other independent scholars at UNSW ensures the credibility of  the report: “The public is looking for knowledge it can trust,"  she says.

Saunders says part of what makes the partnership tick is Goldie's ability to facilitate funding. The latest report was supported by Mission Australia, the Australian Communities Foundation and David Morawetz, the Salvation Army, and the St Vincent de Paul Society.

He says it would be a "fantastic outcome” if the Australian Bureau of Statistics began producing an official report on poverty in Australia. Until then, and perhaps even afterwards, he hopes ACOSS and UNSW will continue to generate their reports.

The pair has also contributed chapters to an upcoming book to be released by UNSW Law, called Law and Poverty in Australia: 40 Years after the Poverty Commission (Federation Press).

“Seeing the expertise from the speakers and the long-standing links between UNSW and staff at ACOSS renewed my desire to work more closely with the University,” says Goldie.

“Ideally, in future reports, we want to be able to tell Australia that we are reducing poverty in Australia. We want to tell a much better news story.”