A 'gas-driven recovery' and further investment in fossil fuels should not be a part of Australia's response to the pandemic, says a UNSW climate justice expert. 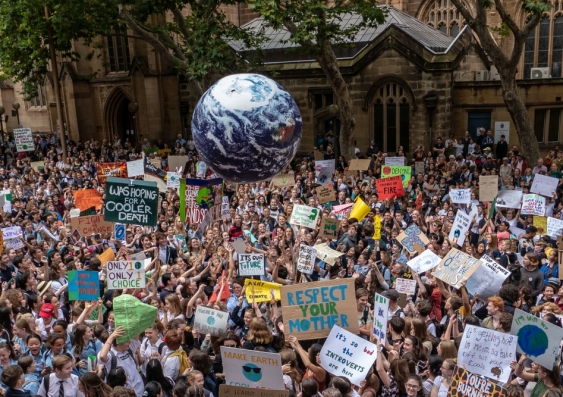 Further investment in 'carbon majors', who already benefit from government subsidies and pay very little tax, should be avoided in Australia's journey out of the pandemic, Professor Jeremy Moss says. Photo: Shutterstock

The National COVID-19 Coordination Commission draft report has raised some urgent issues concerning how Australia’s response to disasters are to be directed and funded.

The report has rightly drawn criticism from climate groups because of its focus on gas as a key energy source and its failure to factor in climate change.

As numerous energy experts have pointed out, gas is neither climate-friendly nor cheap so it is hard to see why it should form such a prominent part of the energy mix.

But one of the most contentious issues raised by the report is how this gas-powered future is funded. The report recommends that Australian taxpayers underwrite the expansion of the gas industry through a new $6 billion trans-Australia pipeline and exploration.

This is a bad use of taxing funds in and of itself. But what it also does not recognise is that the Australian taxpayer is already funding the fossil fuel industry.

These subsidies include measures such as subsidising the costs of fuels used to extract resources, accelerated depreciation for assets, and post-tax subsidies such as not paying clean-up and health costs.

Compare that to the estimated $50 million to fund volunteer firefighting in December 2019.

Shockingly, every Australian is paying $1832 per year for these subsidies compared to the one-off payment of around $78 for bushfire relief.

Moreover, the major fossil fuel companies, or ‘carbon majors’, as a group pay very little tax. According to the ATO Corporate Report of Entity Tax Information for 2016-17, the latest report released under tax transparency legislation, eight out of the top 10 Australian carbon majors paid no tax whatsoever.

For the year above, Glencore, one of the two companies (the other was BHP) that did pay tax, only paid $1000 on revenue of just under $15 billion. In 2018, Glencore’s Australian fossil fuel exports produced more greenhouse gas than (152 Mt CO2-e), more than the entire domestic emissions of the Philippines.

So not only is it the case that the COVID-19 Commission is ignoring climate change, they are proposing to throw good money after bad by adding to the already huge level of subsidies for fossil fuels.

If COVID-19 has taught us anything it is that we need a government-coordinated response to climate change, and that response needs to be supported by the best evidence. The government and its Commission seem to have already forgotten that lesson.

Jeremy Moss is a professor in political philosophy and an expert in climate justice, the ethics of renewable energy, and the ethical issues associated with climate transitions. He is Director of the Practical Justice Initiative and leads the Climate Justice research program at UNSW Sydney.