Pacific islands face unique challenges in combating COVID-19, and will need unique solutions to come out of the crisis unscathed. 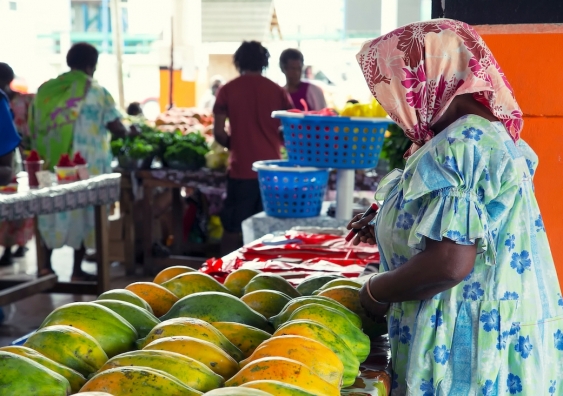 Will existing measures to combat the coronavirus work in the Pacific? Photo: Shutterstock.

The Pacific islands’ idyllic reputation contributes to perceptions that it is largely rural.

While much of Melanesia remains agricultural, it is urbanising rapidly – faster than most cities globally. A growing number of Pacific island inhabitants live in its cities and towns, and in all but a few of the Pacific Island Countries (PICs) the urbanisation growth rate exceeds the rate of rural population growth.

Capital cities, from Port Moresby to Tarawa, are roughly doubling in size every 15 years, but lack significant urban planning.

High population densities in many Pacific cities could have implications for the spread of COVID-19, particularly in Melanesia where a large portion of urban inhabitants live in informal settlements.

Currently there are no reported cases of COVID-19 in the Solomon Islands and Vanuatu, only eight in PNG, and just under 20 in Fiji. However, in a situation where there is limited testing capacity and poor health infrastructure, all these countries have prudently issued a ‘state of emergency’ and lockdowns.

'The current situation is even more challenging for those living in informal settlements which are densely populated...'

Every country in the world is currently discovering the trade-offs between health and economic performance. However, these economic trade-offs will be felt keenly in the already poorly performing Pacific region. This is largely due to the large numbers of people reliant on informal sectors for income, and nations that derive significant income from tourism and trade. The negative social implications will include deepening urban poverty, food insecurity and a marked increase in domestic violence, particularly in PNG which already has some of the highest family and sexual violence rates in the world.

The current situation is even more challenging for those living in informal settlements which are densely populated and have poor access to basic services, such as health care. It is estimated that up to 50 per cent of the urban population in the Melanesia region live in informal settlements. In addition, these numbers are likely to be even higher due to data collection challenges, old census data, the circular movement of people between rural and urban locations and the fact that peri-urban growth, which occurs outside formal city boundaries, is not included in urban census data.

Urban population numbers are hard to estimate. Similarly, obtaining accurate health data in the Pacific is also a challenge, particularly in the informal settlement context. Testing is very limited in these countries and until now have been almost non-existent in the informal settlements, even though living conditions put them at high risk. It is telling that all four countries in the Melanesian region are excluded from a recent independent report on UN Sustainable Development Goals progress due to insufficient data. This is despite the fact that the region is well known to have considerable health challenges, including the double burden of disease and weak health infrastructure. National governments face significant challenges in preparing responses to the threat of COVID-19. Currently there are low-numbers of infection reported in PNG but there are concerns that this masks unreported cases due to limited testing availability. 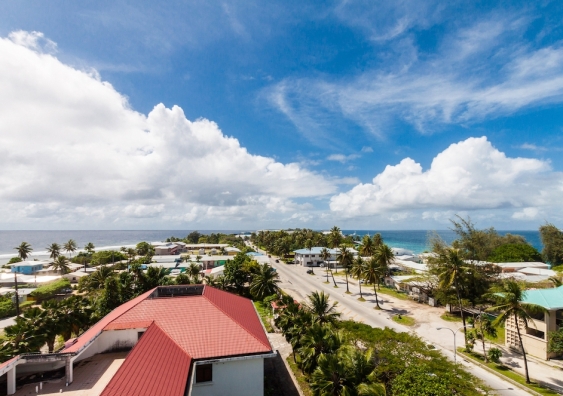 Modelling is being used for countries to plan for the COVID-19 pandemic, but their value is questionable in small island contexts. Most of this modelling uses data from China and high-income countries which may have little applicability to low-income settings – but without firsthand evidence, we don’t yet know.

For example, the Imperial College COVID-19 response team have thus far used few studies from low- and middle-income countries, meaning analyses of risk based on descriptions of how populations mix may be inaccurate. Moreover, strategies based on high-income country data may be less effective in the urban Pacific, particularly in the informal settlement context in Melanesia where households often include multiple members, social distancing is rarely possible, and access to water for handwashing and personal hygiene is patchy. While restrictions have been placed on human movement in some Pacific island countries, in reality there is still regular migration of people and goods between urban and rural areas. This could prove problematic during a pandemic if pockets of COVID occur.

Increased information about household and social structures is important for the Pacific response to COVID-19 considering dense settlement in cities. It will also be useful in contact tracing, particularly in PNG where urban residents have been asked to return to their villages and in the Solomon Islands where the government has requested that unemployed residents of Honiara return to their villages in rural areas. People are mixing with family, food market vendors, and fellow passengers on public transport such as ferries. The lack of testing means possible incidents of COVID could evade early detection.

'Modelling is being used for countries to plan for the COVID-19 pandemic, but their value is questionable in small island contexts.'

Health security issues never occur in isolation. This was evident following the recent category five Cyclone Harold in early April. Fiji, Vanuatu and the Solomon Islands were affected by high winds which resulted in considerable damage to homes and infrastructure. The intersection of both crises resulted in response bottlenecks. Some much needed humanitarian supplies were delayed due to lack of transport, and the need to quarantine goods and ensure handling and distribution met health standards aimed at containing COVID-19 risks.

But among the setbacks, there have been advances. In Fiji – one of the few Pacific countries with inclusive policies for informal settlements – community structures are being utilised by emergency responders and often the government to ensure effective responses. A senior non-governmental organisation leader with over 10 years of experience in Fiji noted that domestic disaster systems and responsiveness are improving as the local institutions have gained experience and stronger expert networks. Sometimes it is the learning, not just the giving, that is most important.

Ultimately COVID-19 offers a challenging policy context for a region that is already facing the negative effects of rapid urbanisation, significant health challenges and exposure to natural hazards as well as climate change. This is not just a public health emergency, it needs an integrated response that is tailored to the unique social, economic and health contexts, and works with informal settlements, not bypasses them.

Laura Bruce is the Research Associate for the Inaugural Judith Neilson Chair in Architecture where she is supporting research in urbanisation, disaster risk reduction and marginalisation both Internationally and in Australia.

This piece was first published at Policy Forum, Asia and the Pacific’s platform for public policy analysis and opinion. Read the original article.

How interior architecture will transform the post-pandemic world