Parents have nothing to fear from fast-tracking kids

A national study has found that parents and teachers of gifted children support academic acceleration but have concerns about the emotional impact of fast-tracking learning. 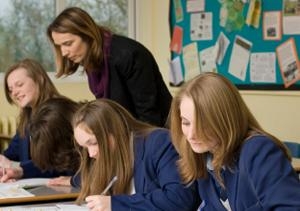 A major national study has found that parents and teachers of gifted children are generally supportive of academic acceleration but continue to have concerns about the emotional impact of fast-tracking education.

The study’s lead author and international expert on gifted education, Professor Miraca Gross, said these concerns are unfounded and that teachers have inaccurate ideas of what constitutes social and emotional maturity.

“There is a genuine, yet misplaced concern for the welfare of high-ability students,” said Professor Gross, whose study, Releasing the Brakes for High Ability Learners, is published today by the Gifted Education, Research and Resource Centre (GERRIC) at the University of New South Wales.

“A very bright child might have a peer group outside of school that matches their intellect and interests but if the teacher doesn’t realise that and sees the child being rejected in the classroom by their same-age peers then it is interpreted as social difficulty,” she said.

The study – the largest of its kind in Australia – also finds that some teachers are reluctant to accelerate children for fear this will slow down the class and disadvantage other class students.

However, Professor Gross believes the risk of this happening is minimal as “academically talented students are usually emotionally mature for their age and are unlikely to have difficulties with the higher standard of work – indeed, they thrive on it”.

The report recommends conducting research to develop an appropriate instrument to measure high-ability learners’ social and emotional development and maturity, and suitability for acceleration.

Both primary and secondary schools were sampled and an attitudinal survey with 211 responses was analysed. School and region acceleration policies were also analysed.

The full report is available on the GERRIC website and will shortly be released as an eBook for teachers and parents.

The study was funded by the Templeton Foundation, a US-based philanthropic organisation.

Gifted students join league of their own