A significant new annual lecture – the Gandhi Oration – will be launched this month by UNSW, to be delivered by a person whose life’s work exemplifies the ideals of Gandhi. 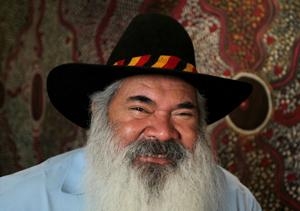 A significant new annual lecture – the Gandhi Oration – will be launched this month (30 January) by the University of New South Wales, to be delivered by a person whose life’s work exemplifies the ideals of Gandhi.

The inaugural speaker is Professor Patrick Dodson, who has shown great leadership promoting and fostering reconciliation between Indigenous and non-Indigenous Australians.

The Gandhi Oration will be preceded by a remembrance ceremony at the Gandhi bust on the UNSW Library Lawn for India’s Martyrs’ Day, commemorated on the anniversary of Mahatma Gandhi’s assassination on 30 January 1948.

The lecture is organised in conjunction with the Consul General of India and the Australia India Institute at UNSW.

RSVP: This is a free event but RSVP is essential: pvcinternational@unsw.edu.au.

Patrick Dodson is a Yawuru man from Broome in WA. He has dedicated his life work to being an advocate for constructive relationships between Indigenous and non-Indigenous people based on mutual respect, understanding and dialogue. He is a recipient of the Sydney International Peace prize.

He is a former Royal Commissioner into Aboriginal Deaths in Custody, former Chair of the Council for Aboriginal Reconciliation and is currently Co-Chair of the Expert Panel for Constitutional Recognition of Indigenous Australians.

Patrick lives in Broome with his family, where he is involved in social, cultural, economic and environmental sustainability through his roles as Chair of the Lingiari Foundation and Executive Chair of Nyamba Buru Yawuru.

He is the founding Director of the Indigenous Policy & Dialogue Research Unit at UNSW and Adjunct Professor at the University of Notre Dame Australia.