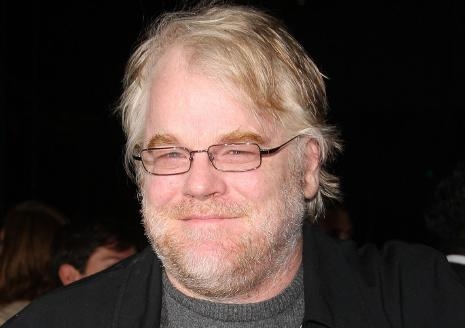 OBITUARY: American actor Philip Seymour Hoffman has been found dead in the bathroom of his Greenwich Village Apartment, apparently following a heroin overdose.

When we first saw him, bounding up to Marky Mark at poolside like a pygmy hippopotamus thinking it was a gazelle, all bulging midriff, bad wardrobe and sickly pallor, we knew that something had happened.

Not just to this film, Boogie Nights, which at that instant discovered its great beating heart, but to American cinema at the end of the millennium. For here was a performer eating his way with gusto through the slick “postmodern” superficiality Hollywood had been effortlessly pumping out for almost 20 years, and touching something real, something deeply uncomfortable.

The next year, in Todd Solondz’s Happiness (the film of the 90s), Hoffman was back to cement the deal.

His terminally lonely data processor, Allen, who spends his spare time doling out random sexual abuse over the telephone, summed up an era. This was screen acting that somehow both communicated urgent cultural authenticity and spiritual torment, like the great generation of Marlon Brando and Jack Nicholson, and coated it with something like a prophylactic. It allowed us to feel protected by flexible irony against the raw nerve ends being beat with a hammer of technique.

It had a lot to do with training (at NYU Tisch School of the Arts and the New York theatre scene more generally) and almost as much to do with his body – big, shapeless, pasty, often coated with cold perspiration. It was a body disciplined through craft and subject to ruthless artistic control, that somehow managed to communicate the helpless panic of human vulnerability, at least in the early years.

As his career progressed, and the parts got more mainstream – he was Lester Bangs in Almost Famous, Brandt in The Big Lebowski, and turned in a wonderful Freddie Miles in The Talented Mr Ripley – that vulnerability was replaced by something greater still: a rare resonance set up between part and performer, in which neither fully dominated the other.

He was a character actor in the classical sense, a rare enough breed these days, but as his aura waxed, it was as if the characters acquired depth and gravity by occupying the Hoffman bulk.

He certainly never become one of those actors who is only ever “Cruise”, “Cage”, or “Affleck” – but something about his person bled back into the roles, in a virtuous feedback loop. The closest comparison is with his namesake, Dustin; but he was better. At his best, he was unmissable.

Most will remember his starring role in Capote, which was the only kind of lead he was ever going to get. It was a routine enough biopic, but Hoffman’s acerbic turn as the little author was astonishing for its capacity to overturn all we’d ever thought about him to that point. It was, inevitably, a one-off.

A reliable villain in blockbuster action films, Hoffman made most of his money by going through the motions. His legacy is elsewhere.

Of course, it is his five films for Paul Thomas Anderson, America’s greatest filmmaker of the new millennium, that will guarantee his titanic stature in the canon of American screen greats. In fact, he did five out of six – and only the scene-chewing monstrosity of Daniel Day Lewis could keep him out of There Will Be Blood.

The gentle nurse in Magnolia, the malevolent “Mattress Man” in the splendid screwball Punch-Drunk Love, and of course the towering Lancaster Dodd in The Master: is there anything in recent cinema to compare with this sustained achievement? It has a quiet, almost old-fashioned greatness about it, as distinct from De Niro’s frenzied work for Scorsese or Pacino’s for Coppola. It will endure as long.

Hoffman helped steer American cinema back to an emotional integrity it had lost, and which it is bound to lose again. He had his weaknesses; he could be mercurial and impossible on set; he was an exhausting perfectionist; and a long-term addiction, under control for so many years, has now – it seems – ended his life at 46.

But along with a small handful of others – Julianne Moore, Day Lewis, Laura Dern, perhaps now Joaquin Phoenix – he gave American cinema at the turn of the new millennium something the multi-million dollar budgets, studio executives and screenplays-by-numbers tend to liquidate.

He gave it a soul. He is irreplaceable.

This piece was first published in The Conversation.