Opinion Pivot to Asia has not fallen off its axis

Contrary to recent commentary, the US will stay the course on Obama's pivot to Asia for the simple reason that Asia engages US vital interests more than any other region, writes Alan Dupont. 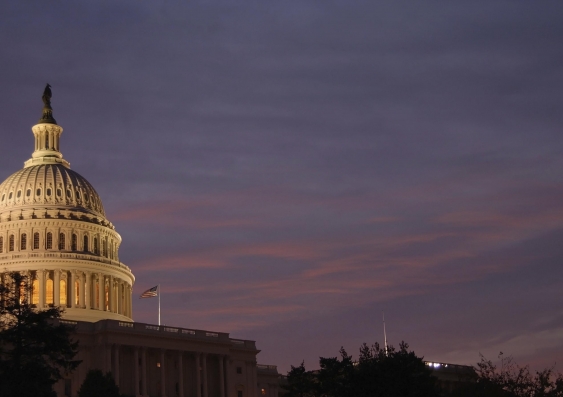 OPINION: Barack Obama's absence from East Asia's two seminal economic and political meetings last week has triggered another bout of declinist commentary and regional hand wringing about the loss of US power and credibility which, if accurate, has serious implications for Australia's alliance with the US.

The obvious question to be asked is whether Australia should continue to invest so much of its political and military capital in a country that appears unable to govern itself or meet its declared commitments, especially in Asia. If the US pivot to Asia is dead in the water, then rather than hedging against Chinese power perhaps we would be better off hedging against US impotence.

Declinists have a powerful case. There is no doubt Obama's non-attendance at APEC and the East Asia Summit has done the US considerable harm, reinforcing the image of a once powerful nation teetering on the edge of a seemingly unbridegable fiscal cliff and a partisan political divide.

The US share of the global economy and East Asian trade has plummeted over the past decade, while $US17 trillion ($18 trillion) of debt speaks volumes about America's profligate consumer culture and Washington's poor economic stewardship.

Particularly worrying for Australia is the parlous state of the US defence budget, which is bleeding from a thousand mindless sequestrations that have cut muscle as well as bone from the sinews of the US military.

On current projections, the US defence budget is likely to fall about 20 per cent from its high point last year over the next decade. But before we rush to pack away the stars and stripes some perspective is required.

Whatever judgments Australia makes about the US should be based on a hard-headed calculation of US strengths, as well as weaknesses, over the next two decades.

Impressively resilient, the US has enormous reserves of intellectual and human capital and the resources to match. The US ranks highly on most of the major indicators of economic and social strength, dominating higher education, research and innovation and the enabling technologies of the 21st century.

Its large and highly skilled workforce is becoming increasingly competitive, underpinned by a demographic profile that is the envy of all other advanced economies.

And it is poised to overtake Russia as the world's largest producer of oil and natural gas on the back of its vast and accessible deposits of shale oil and gas.

Based on these fundamentals, a resurgent, re-engaged US is far more likely than a disengaged, declining power. And as the economy picks up so will the US defence budget, which despite recent cuts is still far and away the largest in the world, accounting for nearly 43 per cent of all military spending and more than double the combined defence budgets of China, Japan, Russia, India and Indonesia.

Those anxious about shrinking US defence budgets would do well to remember that US military spending has historically fallen after extended periods of conflict, and the 20 per cent cut in prospect is neither catastrophic nor necessarily a bad thing.

It will force some overdue belt tightening at the Pentagon, shift government spending into more productive areas of the economy and encourage a much needed debate in the US about future defence priorities.

Contrary to recent commentary, the US will stay the course on Obama's pivot to Asia for the simple reason that Asia engages US vital interests more than any other region, including the Middle East.

By 2050, 40 million Americans are likely to regard themselves as Asian and they are growing faster than any other ethnic group, including Hispanics.

Over time, this demographic dynamic will drive a new era of closer, more intense people-to-people ties with Asia, stimulating trade and investment.

As economic and financial power continues its inexorable shift from the Atlantic to the Pacific, US strategic interests will be increasingly engaged.

Despite the unseemly bickering in Washington that prevented Obama from attending APEC and the East Asia Summit, the US has hardly neglected Asia over the past decade, economically or militarily. The much maligned Trans-Pacific Partnership is a major trade initiative that may yet achieve Obama's vision of a US-led, liberal trade arrangement, and the US still maintains 100,000 troops and enormous firepower in the region.

This month, US Defence Secretary Chuck Hagel announced a significant agreement with his Japanese counterpart to base in Japan, for the first time, sophisticated Global Hawk drones, radar and aircraft, including the first deployment outside the US of the Joint Strike Fighter, destined to become the core of Australia's own air force in a few years.

This is a significant and under-recognised down payment on the pivot which President Obama has promised to quarantine from future budget cuts.

The take away for Australia is that the US is far from a busted flush in Asia, and a renaissance may be closer than pessimists think.