Tony Abbott’s attempt to corner Labor with the accusation of racism over the China-Australia free trade agreeement is not surprising. More disappointing is the failure of journalists to critically analyse the attack, writes Mark Rolfe 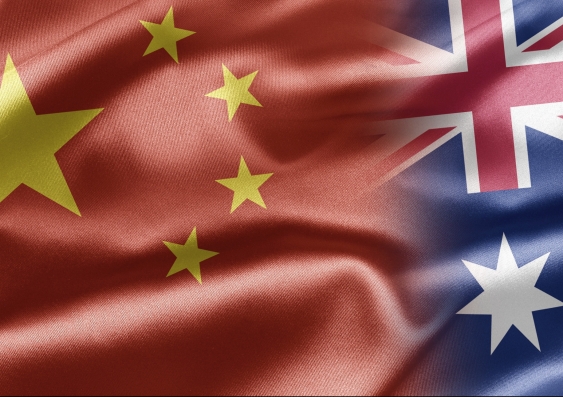 OPINION: It’s not often these days that Billy Hughes gets a guernsey in political debate. But there was a time when this prime minister (1916-1923) was considered a national hero in 1919 for his defence of the White Australia policy against the US and Japan.

These days Hughes is a national embarrassment for this same stance. Times change and Australia changes, and so does the nature of our political debate.

We can understand this by exploring Prime Minister Tony Abbott’s accusation last week that Labor was “channelling” Hughes and that notorious racial policy. According to Abbott, the opposition was peddling a “racist lie” that the free trade agreement (FTA) with China would allow corporations from that country to replace Australian workers with Chinese workers. Abbott continued:

We know that the Labor Party played the race card prior to the NSW election and now it’s happening again.

I’m not asking you to agree or disagree with his assertion. There are issues to be resolved around labour market testing in the FTA and around foreign state-owned corporations owning critical infrastructure.

Rather, I want to look at how we discuss race now compared to our past and how a speaker uses the available means of persuasion with an audience of a particular time and place. That has been known as the study of rhetoric for the last 2500 years.

Racism was once a political positive

Abbott’s indictment would not have worked during Hughes’ time. To call someone a racist would have elicited, in effect, the response “Yes, and your point is?” On that score, shame was the furthest thing from our ancestors’ minds.

Instead, eugenics girded the thinking behind the White Australia policy as one of the first acts of parliament in 1901. This rubbish pseudoscience placed races in a hierarchy of significance with the Anglo-Saxon race on top of an array of “lesser” races stretching all the way to so-called “Hindoos”, Chinese and other “Asiatics”. At the very bottom were Aboriginals.

Somewhere in between were Italians and Greeks. Although European, they were considered barely white because of their olive skin and were referred to as “the greasy flood of the Mediterranean scum that seeks to defile and debase Australia”.

This jumble of beliefs justified the “natural” superiority of the empire of the so-called British race to its beneficiaries. Newspapers of the 1920s were awash with exhortations to maintain “white supremacy”. Parliamentary debate of 1901 aired disdain for the “intermingling” of races that may create a “mongrel breed”.

This is an alien world of thought, which was rightfully kicked into the dustbin of history by numerous events between the second world war, when the Nazis elaborated a horrific form of eugenics, and the 1970s, when an eruption of social movements and actions of governments permanently changed our political landscape.

I am not so naïve to think this upheaval banished racism from our midst. Rather, it transformed the nature of public debate. Our language reflects our post-1960s world and demonstrates why Abbott’s line of attack was literally inconceivable for Australians living in the first half of the 20th century.

As most people believe anti-racism is good and racism is bad, these beliefs were elevated into the rank of social values suitable for the cut and thrust of public debate. That is, in line with one of the basics of rhetoric, a speaker must appeal to what is commonly believed and treasured by an audience in order to win it over. So “racist” joined fascist, communist and Nazi as socially abhorrent things.

Once elevated, the terms are widely applied to numerous people and events. Whether this is valid or not is part of further debate and is in accordance with the judgements of people. But here I must spell out the political connections to those judgements.

Adversarial politics goes over the top

We have had an adversarial political system since the 19th century, which has had two increasing effects on our language as the institutions and franchise developed. First, politicians and pundits have sought to mobilise voters behind parties and causes. Second, they have sought to warn voters of the consequences of a wrong choice.

At times this system has been a continual stimulant of hyperbolic and exaggerated language, including character assassination of others with “fascist” and Nazi references.

In the early 19th century “Jacobin” was an insult in Australia and in Britain and America. After the French Revolution and the Napoleonic Wars, it had the insinuations of a revolutionary overthrowing the established order, much like communist did a century and more later.

It must be said, however, that “communist” has lost its potency due to historical changes affecting language usage, and that is also why we don’t use Jacobin anymore.

Given our adversarial political system and the importance that we assign to our beliefs, Abbott’s attempt to corner Labor with the accusation of racism was not surprising.

What was more disappointing, however, was the failure of journalists to critically analyse rather than just report this attack. They seemed to lack knowledge of our political history since 1901 to compare and contrast the situations.

But I’ve noticed this before. For years Abbott pursued the self-interested charge against Julia Gillard that minority governments were unstable. Journalists replayed this line without realising the first eight years of federation (and the last 30 years in at least one house of federal parliament) and large slabs of more recent state history featured minority governments.

Journalists have also never critically examined the Coalition claim that, in opposition, John Howard helped the Hawke and Keating governments with their reforms. Paul Keating partially belled that cat, although more can be said about the role of government in advancing reform.

This article first appeared in The Conversation. Read the original article here.

Australia and China talk trade in a time of Trump