There’s no reason for academics to shy away from podcasts, writes Siobhan O’Sullivan. 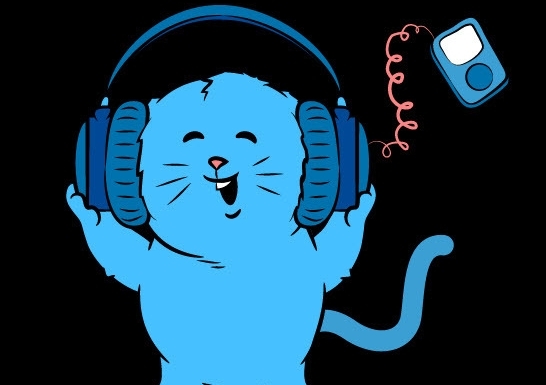 OPINION: Following a decade researching and writing about the lives of animals, last year I launched a podcast, Knowing Animals. Each episode features an interview with an animal studies scholar about a piece of their work.

The conversation is recorded and put online and is available to all, free of charge. Most episodes run for about 20 minutes and all close with five quick questions in which I ask the researcher about what inspires them. Knowing Animals is not a “gotcha” interview but a friendly chat about work already completed and with which the scholar is deeply familiar.

Producing Knowing Animals costs me in both time and money, but I hope to engage students and scholars. Most important, I want to bring new ideas to members of the wider community, particularly those who would not normally follow academic debates.

But I have encountered a problem. A year after starting Knowing Animals, it has become apparent that I am much more interested in making the podcast than many academics are in discussing their work. What I can’t quite understand is why.

Why resist knowledge exchange? Why not share findings beyond the academy? Why not talk about your research when it has taken so much time and effort?

The academic work I discuss on Knowing Animals is peer-reviewed. In many cases the research is made possible by a funding grant. With small grants the application process may have taken just a few hours. For large grants, such as those awarded by the Australian Research Council, the application might have taken weeks or even months.

All work, whether entirely theoretical, a piece of art, a journal article based on secondary data, or something else entirely, will have taken significant time to produce. Reading, thinking, writing, negotiating with co-authors, submitting to journals, addressing feedback from referees, all takes time.

Why then is it difficult for many academics to find a further 30 minutes to share their research findings with the wider community? Why not just put that in the research time-budget at the start of the process?

Some participants have been eager to be involved. In many cases they have been close colleagues or early-career researchers. Others, such as Peter Singer, professor of bioethics at Princeton University, have given generously of their time, even though there are many more time pressures on them. But more often than not the academics I invite to the program tell me that they are too busy and suggest that I ask again at some unspecified time in the future.

Too busy to explain in your own words what you have been working on for the past year? What a terrible shame.

This phenomenon might be understood in a number of ways.

First, it is possible that the academics I approach think it is a waste of time to come on my podcast, as nobody is listening. But Knowing Animals is modestly successful, with listeners around the world including the US, Britain, China, Germany, France, New Zealand, Canada and beyond. Two weeks ago, iTunes Australia ranked Knowing Animals as the 74th most popular higher education podcast. That places it alongside international juggernauts such as Waking Up with Sam Harris and the London School of Economics’ Public Lectures and Events podcasts, as well as local high-production-value podcasts such as the Sydney Opera House’s Ideas at the House and the University of Melbourne’s Up Close.

The same people who are too busy to be interviewed will, more often than not, willingly give a guest lecture to my students. The world’s most successful podcast is Serial. It has had more than five million downloads. The last time I gave a guest lecture, there were 12 people in the room. This suggests that audience volume is not the issue.

It might be that the academics I invite on the show really are so pressed for time that they cannot spare 30 minutes. But that seems unlikely. I regularly have 30-minute coffees with extraordinarily busy people. It must be that spending 30 minutes on knowledge exchange is not considered a good use of their time.

All this leads me to conclude that sharing ideas via a free and popular mode such as podcasting is undervalued by many academics. But who is doing the undervaluing?

My hope is that it is higher education policymakers. If there are scholars among us who have pursued academic careers in order to generate inaccessible knowledge (except to the few with access to academic journals), that would be tragic.

If it is policymakers, then perhaps we can turn this ship around. Or maybe this has already begun and academics are just slow to respond. The ARC appears to be interested in impact and my own institution, the University of NSW, is also talking a great deal about how we connect to those beyond the academy.

So come one, come all. Have you worked hard to develop a new theory; critique a social norm; bring greater understanding to the world around us? If so, then in just 30 minutes I can turn 40 citations into 400 or perhaps 4000 downloads. People around the world will know what you have done and why. They will learn about your work while they are at the gym, scrubbing the dishes or waiting to catch a train. This might be the start of their lifelong love of learning. Independent of key performance indicators, wouldn’t it be wonderful to be part of that?

Siobhan O’Sullivan is a lecturer in the School of Social Sciences at UNSW.
knowinganimals.libsyn.com

Why are our livestock still turning up in places where they are treated cruelly?