In receiving his Honorary Doctorate from UNSW, Thomas Keneally urged politicians to stop using language to dehumanise refugees and instead commit to finding an international solution. 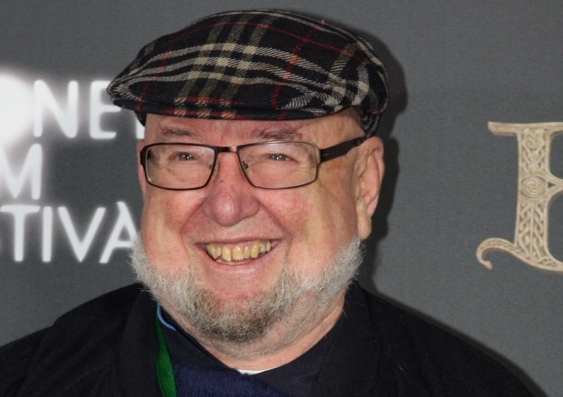 OPINION: Technology cannot always change who we are. Each of us remains a peculiar kind of gifted animal and angel. Since our brain volume increased and our voice boxes evolved, we have been the kings of language. There is a wonderful theory that language began with young mothers putting their babies down because, through lack of fur, they had no capacity to carry them continuously, and thus language began as a mode of reassurance to the baby that having been put down it would be picked up again. A form of "motherese" might have been the first language. In any case I am grateful for a wonderful life being a sort of valet or gardener of language.

But like many other and better writers, I have made stories of love and animosity towards the despised people of the earth, about those who are ignored, and about people stuck on racial, religious and cultural faultlines. As an Australian redneck I'd always been engrossed in the question of why there was so much hate in Europe, and why it's still found there, all crammed into such a small space. Since my father was an Australian soldier in North Africa, and regularly sent me home what I saw as souvenirs – German corporal's stripes, Nazi pistol holsters and Very pistols and other items – I was always enthralled by the way European hatred emerged in World War II, stoked by the demagogue Hitler and by others.

Let me rush to say that writers do not use this sort of material because we're noble people – many of us are terrible to live with, and my wife is willing to be interviewed on the matter after this! We write about race and other divisions because they are full of high drama. I have been fascinated by racial division ever since, as a little kid in a country town in the White Australia of the early 1940s, I saw Aboriginals from the local Greenhill settlement walk past our gate in Kempsey. It was not a moral fascination. But I could tell in a primitive, intrigued way of my own that these were a people bewildered by loss of land, loss of validity as a people, by loss of culture; and also that having had misery imposed on them, they were being blamed for being unable to escape it.

What a tribute it will be to our community if, with support of all parties, we acknowledge that ancient culture, and those towering millennia of occupation of Australia before settlement, in our constitution, as proposed by the Prime Minister and Opposition Leader. That will bring about the employment of language, of the ultimate "motherese", to make peace with ourselves.

I cannot hope in obvious futility and because of my love of language, which is still my wonderful daily power tool that never needs recharging, that I might see the departure from our national discourse of some of the more outrageous and wilful mis-usages of English language with which, in both major parties, the Australian polity is afflicted. I am not the first to mention it – Paul Keating's former adviser Don Watson, now a fine writer, wrote a bestseller on the use of what he called "weasel words". But there is a further twist. Our leaders are not only so often misusers of language, but also deniers of our access to its better angels, its more humane colorations.

An example of what I think of as misuse: I know a young writer, Mark Isaacs, who was working on Nauru at a time when inmates were looking forward to a visit by the Labor government Immigration Minister, Chris Bowen. Knowing the desperate hopes that were harboured by fellow human beings in the tents and huts of Nauru, he was disheartened when he overheard an aide to the minister refer to the people they had come to deal with as "the undesirables".

Now, the refugee problem is inconvenient for the world, though western governments sometimes help create it by our foreign policies and tyrants account for the rest. The refugee problem is a puzzle for the world, a test of policy and compassion. And there is the undeniable further problem of the criminality, brutality and, indeed, the poverty of the people smugglers, and the terrible perils of drowning for those who believe we are a beacon they must reach. But I ask, does any group of humans who have committed no crime deserve to be verballed as opening gambit on the enormous world refugee problem by the representative of a party, admittedly not the Minister, which has always declared its solidarity with the rest of us? Why do we have to kill them with words even before we confront them? What are we trying to justify?

May I set you an alternate scene. Recently, an Australian journalist took a camera crew aboard an Italian search aircraft looking for survivors among the vessels plying between North Africa and the Italian island of Lampedusa.

There, by the way, and elsewhere in Italy, 40 times the number of vessels that have landed on our north coast have come ashore, and even before the turn-back-the-boats policy, were high by comparison with Australia.

Back to the Australian journalist in Lampedusa: he asked a member of the aircrew about the exhaustion of looking through sectors of sea for boats and survivors. He said it was a wearisome search: an honest answer. And then the Italian crewmember said, "One has always to remember -- they are human beings down there."

I cherish the fact that I have an inherited right to say this without fear of arrest, facing no greater sanction than being considered dewy-eyed. I do not say I have an answer, though I will sketch out a possible one derived from wise sources. I just know that what we are doing is not the answer, and that using language to  position our more baleful instincts is not the answer.

We have reacted to a genuine world crisis with verbal meanness and subsequent cruelty. The Italians have reacted with a reckless and, according to many, ill-advised humanity that may in the end cause of us all to look at the disease instead of persecuting the symptoms – and among the symptoms, the children that we continue to imprison with the approval of our major parties.

I wish devoutly that instead of pressing the English language into its more brutal gears and scapegoating victims, instead of enlisting our support in policies that are cruel and win the applause overseas only of the extreme right wing, we too could address ourselves not to international denial but to an international solution. This solution would involve more countries gathered together in goodwill – because the goodwill has to start somewhere. Let us forget the ridiculous proposition of writing everyone off as economic refugees. Let us lead a world crusade to enable, through the co-operation of all liberal democracies, accredited refugees to be absorbed into our populations. Fanciful? No, this was the position taken by our government after World War II when a forgotten Australian, Sir Robert Jackson, logistical genius and UN official, persuaded the entire world to resettle, according to reasonable shares, the 8 million displaced persons of Europe. It was the only policy that worked then. Let us not forget the conditions that create genuine refugees will continue to drive people onto the roads, across the borders and the seas, and cruelty will not stem that tide.

When Ben Chifley, our prime minister, took 170,000 displaced persons from the camps of Europe, a decision he made without convening a single focus group, the Age newspaper ran a 1947 poll on what immigrants Australians wanted. People said they wanted, above all, people from the British Isles, and if necessary, other northern Europeans. Germans were to be preferred to Jews. The Greeks and Italians, it was believed, would not make good citizens.

If Chifley had read that poll and been rendered as impotent as modern politicians are by such indicators, what a narrow and shrunken little place Australia would be now!

Remember too Malcolm Fraser was PM in the days when Vietnamese asylum seeker boats landed in great numbers in Northern Australia. He processed these people humanely. There was no long-term mandatory detention involved. The newcomers were not depicted as sinister invaders. Then, after the Tiananmen Square massacre, Bob Hawke announced that all 43,000 Chinese students then in Australia would be offered residency and could stay here if they wished. Language was not misused and neither were human souls.

So let's use mandatory detention only for health, identity and security checks that do not take years, but weeks. Let's have accommodation centres – not prisons. And for God's own sweet sake, let's release all children from mandatory detention. Let's have an independent commission to decide on asylum seeker policy to stop politicians using it to improve their vote.

History warns us to be suspicious of politicians of any party, who try to concentrate our passion upon a small minority, and depict them as a bigger threat than they are. When we see this kind of trick played upon us, instead of succumbing to the race frenzy we all potentially carry inside us, we should ask, "Who is benefitting from this? Are our taxes validly being spent upon it? And who is being harmed in the name of getting a better percentage of the vote?" We should be suspicious of frenzy too, as Oskar Schindler was suspicious of Nazi ideology, because it means that leaders may be distracting us from some more important issue – like a conjurer who makes us concentrate on his right hand as he performs the trick with his left.

Citizens have always to ask questions about public hysteria over race and minorities and culture – over matters of "them" and "us". Because, again, my lifelong experience of Australia is that the "them" can quickly become the "us". And our freedoms are not set in  stone. We know that liberties that go unguarded will be abolished for governmental convenience.

This is an edited abstract of a speech given at a graduation ceremony at UNSW on Wednesday night, where Tom Keneally was awarded the degree of Doctor of Letters, honoris causa.

This edited extract was first published in the Sydney Morning Herald.

Universities need to do more to support refugee students