Opinion The politics of Bahasa Indonesian

Learning Indonesian should be a national priority argues Jo Coghlan, yet undergraduate enrolments in the subject have plunged by 70 percent. 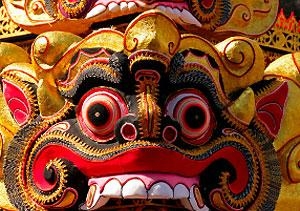 As our nearest neighbor, according to the Australian government, Australia's past, present and future is "inextricably tied with that of Indonesia…As two culturally different societies sharing borders, history, interconnected peoples and common current challenges that demand close collaboration to resolve, Australia's relationship with Indonesia is both unique and complex."

For economic and security reasons, Australians should be encouraged to learn . Even for solely cultural reasons, Indonesia is a nation rich with a culture that is rewarding, generous, and forgiving. For students, tourists, writers and academics, to embrace the language, instigated to unify the Indonesian people after centuries of colonisation, makes for a richer experience and deeper understanding.

Yet in Australia only about 191,000 students currently study Bahasa Indonesian. While being the third most studied language at school education level, students studying Indonesian represent only 5.6 per cent of the total student population nationally.

According to the recent report 'The Current State of Indonesian Language Education in Australian Schools', for decades Australian education policy-makers struggled to normalise Bahasa Indonesian teaching. There have been three distinct government-education approaches to the language. From 1955 to 1970, the teaching of Bahasa Indonesian was for political-strategic reasons, mainly considered the threat of communism as represented by the powerful Indonesian Communist Party (PKI).

The period of 1970 to 1986 saw a decline in Indonesian partly due to economically difficult times in Australia constraining government spending and also due to political unrest in Aceh, Java and East Timor. There did however remain an interest in the economic as well as political and strategic benefits of Asian studies and Asian languages in Australian education.

It was not until 1987 that Australia had developed its first national policy on languages in which Indonesian was considered a core language and in need of significant federal funding support. In the 1991 Australian Language and Literacy Policy named the teaching of Indonesian as a priority language. The languages of the Asia-Pacific, including Indonesian, were considered "critical to Australia's national interests."

The Keating government in 1994 introduced the first major initiative in which Indonesian was specifically identified was the National Asian Languages and Studies in Australian Schools (NALSAS). The initiative targeted Chinese, Japanese, Korean and Bahasa Indonesian: with each representing Australia's largest trading partners in the Asian region. Keating's rationale for the inclusion of Bahasa Indonesian was nevertheless fundamentally economic, framed in terms of building the national capacity for economic growth.

In 2002, the Howard government ceased funding for NALSAS replacing it with the Ministerial Council on Education, Employment, Training and Youth Affairs (MCEETYA), which developed a framework for all language teaching. Under the National Statement for Languages Education in Australian Schools: National Plan for Languages Education in Australian Schools 2005–2008, Bahasa Indonesian was one of many languages highlighted for government support. The Rudd government, dismissing MCEETYA, declared a new initiative: The National Asian Languages and Studies in Schools Program (NALSSP). It identified the same four languages as the NALSAS. These languages receive targeted funding from 2008 to 2012.

According to David Hill again, NALSSP aimed to have at least 12 per cent of students exit Year 12 by 2020 with sufficient competence in an Asian language (including Indonesian) for university study or for business in Asia. He argues however that the program has lacked sufficient time or funding to achieve these goals. Current enrolment data seems to support this.

At university level, between 2001 and 2010 undergraduate enrolments in Bahasa Indonesian dropped nationally by 40 per cent. In NSW alone enrolments plunged by 71 percent. Between 2004 and 2009 Indonesian language programs closed in six Australian universities. In several states university Indonesian programs will have disappeared by 2020.

The government has long recognised the importance of Indonesian language. In 2004 the Commonwealth Parliament's Joint Standing Committee on Foreign Affairs Defence and Trade recommended"that Indonesian Studies be designated a strategic national priority and that the Australian Research Council and the Department of Education, Science and Training be requested to recognise this in prioritising funding for both research and teaching."

To reverse Indonesian's decline David Hill has called on government to back the designation as a 'nationally strategic language' with appropriately strategic funding, for a National Indonesian Language in Universities Program (NILUP). The aim is to strengthen Indonesian programs, support quality teaching, while enhancing community links, and increasing demand for the language.

However, this may prove difficult. The image of Indonesia in recent events may contribute towards the apathy of government to fund Bahasa Indonesian teaching. Recent events: the violent death of student protesters in the transition to democracy in 1997-98, the Jakarta bombings of 2002, 2003, and 2009, the coverage of the imprisonment of Schapelle Corby and the Bali Nine, the alleged role of Indonesian people smugglers in bringing asylum seekers to Australia, and the Bali bombings of 2002 and 2005, may have deterred Australian students from learning not only the language but the richness and diversity of Indonesia, its history and culture.

Sadly, according to Indonesian historian Adrian Vickers, Indonesia is generally featured in the world's media for political violence and involvement in international terrorism. It has rated at the top of international corruption watch lists, and its president between 1967 and 1998, Suharto, was corrupt and extorted significant national and international wealth from his country.

Negative images do not do justice to the country. It may have the largest Islamic population in the world, but no more than a few hundred would want to be associated with the fanatical violence of terrorism. Let these factors not detract us from learning about Indonesia and learning Bahasa Indonesia, if for national interests or for personal development.

Dr Jo Coghlan is a lecturer in the School of Social Sciences.

This article was first published in ON LINE opinion.