Human rights professor Louise Chappell is shining a spotlight on the unwritten rules and institutional legacies that silence women. 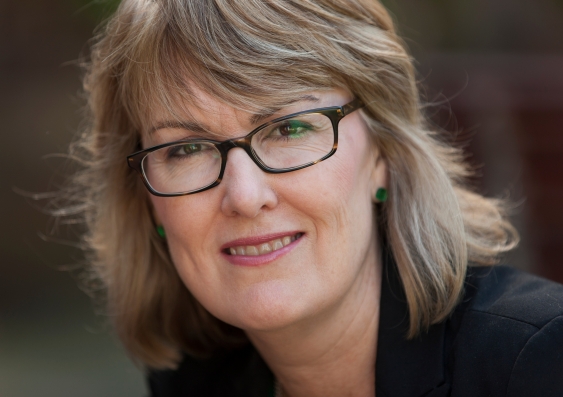 The unwritten rules are still based on male standards and expectations around masculinity...Professor Louise Chappell. Photo: Dan White

Silence – what isn’t said, who isn’t present, and who doesn’t get to speak – has always fascinated Louise Chappell.

Growing up in country NSW with three sisters and a brother, a family-focused mother and a busy Nationals MP father who was often on the road, Chappell remembers being surrounded by vocal women.

But as she hit adolescence, Chappell – encouraged in part by a teacher who was in the peace movement – started to notice the lack of female voices in political life.

“Because I’d grown up with women around me, I had never really thought it was a problem. But when I started looking, women just weren’t there in positions of power; they didn’t have a voice, and it didn’t matter where you looked.”

There is this very difficult line that women politicians have to walk between being seen as just feminine enough, but then also being perceived as tough enough to play the game.

She recently published a book on gender justice at the International Criminal Court, the culmination of five years’ research with much time spent in The Hague.

In the book, Chappell concludes that, despite having a groundbreaking gender justice mandate, the Court is falling short on promises to prosecute sexual and gender-based violence.

"In March this year, in a landmark judgement, the ICC handed down its first conviction for sexual and gender-based crimes against former Democratic Republic of the Congo Vice President, Jean Pierre Bemba. The ICC must urgently build on this conviction if it is to maintain its legitimacy in the eyes of the many victims of these crimes in all the countries in which the Court is investigating war crimes and crimes against humanity."

Her years focused on The Hague were a case of right place, right time. Having completed her first book comparing the women’s equality movements in Australia and Canada, which was based on her PhD and which won the American Political Science Association’s Victoria Schuck Award, Chappell says she was casting around for a new project.

“I was interested in new institutions and how they are created, what legacies are carried over from the past, and just as I was thinking through those questions the ICC was being formed,” she says.

“I didn’t know what I was getting myself into, being a non-lawyer who knew nothing about international criminal law at the time, but I thought ‘That’s for me’.”

The book, The Politics of Gender Justice at the International Criminal Court: Legacies and Legitimacy, was launched at The Hague by ICC chief prosecutor Fatou Bensouda and unveiled locally by Australian Human Rights Commission President Gillian Triggs at UNSW in December.

It’s been well received, winning Chappell a host of international speaking invitations for 2016, from The Hague to Cambridge and Cornell. 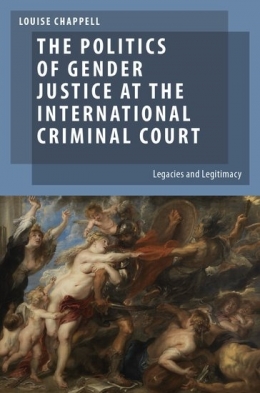 Well received in international legal circles, Professor Chappell's book will be launched at UNSW by the President of the Australian Human Rights Commission, Professor Gillian Triggs.

Though her work has catapulted her onto the world stage, Chappell says she truly cut her teeth observing NSW and Australian politics, first at home with her father and later as a political science and history major at the University of New England followed by a PhD at the University of Sydney.

Gender studies offerings were sparse in the late 1980s and early ‘90s so once her honours year rolled around she seized the chance to do a project about women in China – an “inexplicable” decision given she didn’t speak a word of Mandarin.

Her more recent focus is on two ARC-funded projects, one with UNSW Law’s Associate Professor Sarah Williams and Professor Andrea Durbach on reparations for sexual violence experienced during and post-conflict, and another with colleagues in the Faculty of Built Environment looking at gender equity and diversity in the Australian construction industry.

No matter the context, Chappell says the issues are broadly the same.

“It’s about trying to understand the work that institutions do and how masculine norms get structurally entrenched,” she says.

“And then exploring why when you introduce formal rules to try and overcome gender biases they just don’t stick.”

She points to her work in the construction industry, where women are woefully underrepresented despite having best-practice policies around work-life balance and equal opportunity.

Instead of regulations written by HR managers, Chappell has found that it is rules with ‘gendered effects’ that deter women from the worksite, such as requirements that employees are on site from 6am until 7pm and every weekend, regardless of whether their allocated work is completed.

“You’ve still got to live up to these particular – I call them masculine—standards. The unwritten rules are still based on male standards and expectations around masculinity,” she says.

It’s a phenomenon that permeates all the way through to Australia’s parliament, she adds, reflected in Julia Gillard’s years as prime minister and the subsequent backlash.

“There is this very difficult line that women politicians have to walk between being seen as just feminine enough, but then also being perceived as tough enough to play the game.”

Chappell also sees this juggling act in the criminal justice system, where crimes of sexual violence are poorly prosecuted because their context, motivations and outcomes have a gendered dimension.

“There’s a lack of attention to sexual violence, the crimes are hidden. There’s this idea that women will falsely testify, that the stigma attached to the crimes mean that the victims and witnesses are unwilling to come forward,” she says.

“Prosecutors are always saying these particular crimes are too hard to investigate and they get left off the docket all the time. But they are trying to apply a template that, while relevant to other forms of assault, is fundamentally a male standard.”

Looking ahead, Chappell hopes to continue her international human rights work, looking beyond The Hague to new justice movements that are adapting the ICC’s norms and standards at a domestic level.

Rather than pouring money into high-profile prosecutions at the ICC, Chappell says donors are increasingly interested in supporting local-level justice initiatives that export skills and concepts from the ICC back to the grassroots.

It’s about trying to understand the work that institutions do and how masculine norms get structurally entrenched. And then exploring why when you introduce formal rules to try and overcome gender biases they just don’t stick.

“What I want to track is how that’s developing – who’s intervening, how they’re intervening, where it works or fails, or is seen as an imposition rather than a really grassroots training opportunity. And what happens when the interveners leave, what do they leave behind,” she says.

Despite her passion for and fascination with the political process Chappell says she never contemplated following her father into politics.

“I’ve seen the hard work, commitment and compromise that comes with serving constituents,” she says.

She also credits her mother, a palliative care worker, with providing a counterpoint to her father’s political career.

“She wasn’t political, her world was full of caring for other people. For Mum politics was less important than finding the essence of life, she saw too many people on their death bed and felt at the end of the day that life’s too short to play power games.”

“But Mum was also attentive to silences and trying to work out what really counts in people’s lives”.

For Chappell the need to draw out silences and address inequalities seems more important than ever.

“We are in this period of complete upheaval and destabilisation where we’ve got to start rethinking things we’ve taken for granted for so long, and structure our political and social worlds in completely different ways.”