Patronising racial stereotypes that laud Aboriginal peoples' natural sporting prowess are impeding the development of Aboriginal leadership in sport and its many flow-on benefits, a UNSW researcher has found. 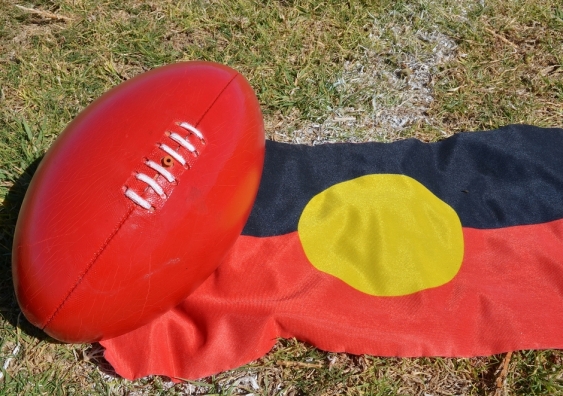 Researchers found that Aboriginal athletes are typecast as racially more suitable to particular positions, like those characterised by speed, flair and spontaneity, rather than leadership acumen and intellectual skill. Photo: Shutterstock

Patronising racial stereotypes that laud Aboriginal peoples' natural sporting prowess are impeding the development of Aboriginal leadership in sport and its many flow-on benefits, a new study has found.

Although Aboriginal athletes are commonly portrayed as innately physically gifted, and are often actively sought after to play sport, such positive assessments do not extend to leadership, intellectual or management skills. Aboriginal candidates are consequently often frustrated if they seek to build coaching careers, regardless of their own sporting achievements.

“We acknowledge and praise Aboriginals’ physical strength, but this is faint praise indeed as it excludes qualities associated with leadership and authority,” said UNSW’s Dr Nick Apoifis, co-author of Postcolonialism and Sport: How racialised representations of Aboriginal athletes impede professional coaching opportunities.

Dr Apoifis presented the study, co-authored with Andrew Bennie, of the University of Western Sydney, and Demelza Martin, of Macquarie University, on the final day of the Australian Political Studies Association (APSA) annual conference at the University of New South Wales.

The researchers investigated the experiences of 26 Aboriginal Australian coaches, and cross referenced them with well documented pervasive and enduring perceptions of Aboriginal athletes, finding a common theme for team sports of ‘a peculiarly Aboriginal style of play: full of flair, speed and ‘magic’.

“This leads to the typecasting of Aboriginal athletes as racially more suitable to particular positions, like those characterised by speed, flair and spontaneity, rather than leadership acumen and intellectual skill,” says Dr Apoifis.

This stymies opportunities for Aboriginal Australians seeking to move into sporting leadership roles, he says. Study participants were rarely ‘tapped on the shoulder’ to take on post-competition coaching roles, despite public commitments to ‘reconciliation action plans’ on the part of many sporting codes and clubs.

“This is a dark post-colonial legacy, most of us might not be openly racist, but we are still largely judging Aboriginal athletes and aspiring coaches based on racial stereotypes.”

Dr Apoifis says a handful of positive counter examples suggested future change. However, until Aboriginal Australians occupy decision-making and leadership positions in sport the benefits of Aboriginal sporting achievements would be limited, and racism and patronising stereotypes would persist.