The UN Special Rapporteur on Violence against Women and Australian Ambassador for Women and Girls are among several high-profile speakers at a major international conference on gendered violence hosted by UNSW. 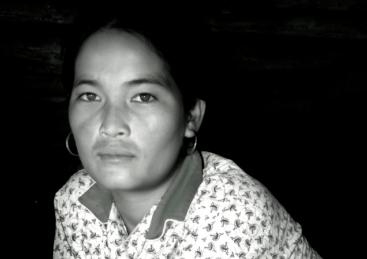 UN Special Rapporteur on Violence against Women Rashida Manjoo and Australian Ambassador for Women and Girls Natasha Stott Despoja are among several high-profile speakers at an international conference at UNSW next week (10-12 February).

The Inaugural Asia-Pacific Conference on Gendered Violence and Violations will examine ways to address these major societal problems across different countries and communities in Asia-Pacific. The conference is hosted by the Gendered Violence Research Network (GVRN) – a joint initiative of UNSW Arts and Social Sciences and UNSW Law.

“The endemic nature of gendered violence requires greater awareness and more radical solutions than have ever been implemented,”said GVRN co-convenor Associate Professor Jan Breckenridge. “We have chosen to use the broad term ‘gendered violence’ for the conference to reflect its impact on all population groups, although it is clear that women and children are disproportionately affected.” The international conference will provide a forum for developed and developing countries to discuss specific cultural issues surrounding domestic violence and sexual assault.

GVRN co-convenor Associate Professor Annie Cossins said government repsonses to gendered violence in Asia-Pacific are hampered by cultural expectations about women's place in the family. “Asia-Pacific is one of the most populous regions in the world and an area where gendered violence is prevalent but there is a lack of recognition of the extent of the problem combined with little funding to address it.”

• Natasha Stott Despoja AM - Australian Ambassador for Women and Girls, and Chair of Our Watch, Australia’s Foundation to End Violence Against Women and their Children

• Rashida Manjoo - UN Special Rapporteur on Violence against Women, its Causes and Consequences and Professor of Public Law, University of Cape Town

The conference is well positioned to be a landmark event with more than 300 participants attending from around 20 countries and 100-plus plenary and concurrent presentations. A UN consultation on women’s rights protections will also be held during the conference.