Differences in educational practices between Victoria and NSW could explain declines in Australian students’ mathematics performance in international test scores, according to research led by UNSW. 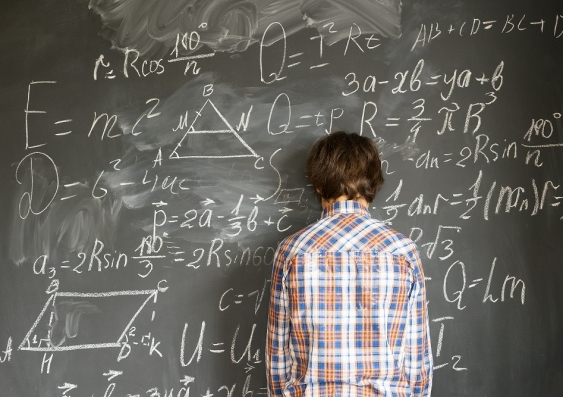 Differences in educational practices between Victoria and NSW could explain declines in Australian school students’ mathematics performance in international test scores, according to research led by UNSW Sydney.

A strategy of allowing parents to choose the school their children attend and competition between public and private schools could also help explain the poor performance, says Dr Leila Morsy, a senior lecturer in the School of Education at UNSW and co-author of the research paper, published recently in the International Journal of Educational Development.

Education experts have attributed the downward trend in students’ mathematics, reading and science test scores over the past 15 years to factors such as the shift of students from government to non-government schools and an influx of students newly immigrated to Australia.

But those explanations do not stand up to empirical scrutiny, says Morsy, who conducted the research with Tatiana Khavenson, from Russia’s National Research University Higher School of Economics, and Martin Carnoy, from Stanford University.

In addition, the focus on choice and competition has probably drawn attention away from public school improvement policies that work, Morsy says.

The authors assessed the validity of four explanations given by education policy experts for declining results, using Program for International Student Assessment (PISA) data between 2000 and 2015. The research focussed on mathematics scores because they have declined more than reading and science scores.

The exact reasons for the poor performance are still not clearly understood, says Morsy, but Victorian teachers’ approach to teaching mathematics could have partly contributed to the smaller declines in test scores recorded by students in that state.

“The Victoria approach appears to emphasise mathematics education as a system of understanding patterns in the world, and strategic and conceptual thinking in which students are actively engaged, rather than, as in New South Wales, where the data appear to show a teaching approach that more passively engages students to solve procedures,” the authors write.

The authors say it is difficult to derive educational policies from international test results, “which, after all, are just snapshots of different cohorts of students’ performance on a particular test of students’ ability at one level of schooling (or age) at different points in time”.

However, their research did show that the shift of students from government to non-government schools has had minimal impact on Australian students’ performance.

“Many experts in Australia assume that student performance in government schools has worsened more than in private schools, and that the government school test score decline is pulling down the national average,” says Morsy.

However, adjusting for students’ family academic resource differences, students in Catholic schools, for example, had the largest decline in mathematics scores from 2003-2015 in every state except NSW.

“Australia’s strategy of relying on parental choice, and competition between government and private schools to improve education despite increasing evidence that choice plans are not effective, may have created the conditions for declining student performance,” says Morsy.

NAPLAN needs ditching, not a redesign