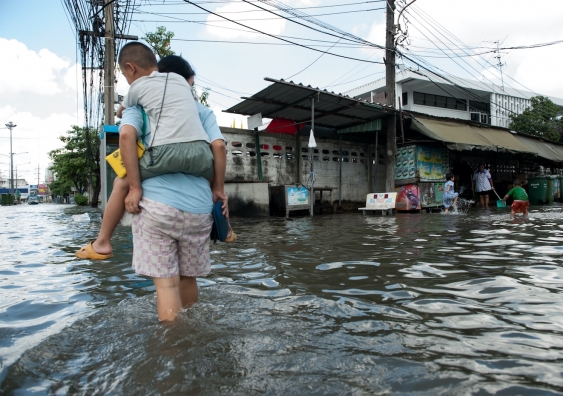 George Ofori has made a name for himself in the construction world. His research into construction management and economics continues to shape the sector at project, company and industry levels more than four decades after entering academia. But what really drives the professor is the desire to improve the lives of others.

“I’m originally from Ghana and moved to the UK to complete my master’s and PhD in construction management and economics. I have a firm belief in taking personal responsibility…so I wanted to see what I could do back home to help my country,” says the Dean of the School of the Built Environment and Architecture, London South Bank University.

“My work helps construction industries around the world, particularly in developing countries, to improve their capability and their capacity to make things better for their people.”

The professor says that while the construction industry is often heralded as essential by people and governments, it is actually an industry that is grossly neglected.

“The construction industry is very important because it builds the infrastructure that we need; it creates jobs and is the engine for economic growth,” he says. “But if we look particularly at developing countries, there are many things hurting the development of the industry.”

One of the most significant factors undermining the development of the construction industry is corruption. Construction, by nature, is a sector particularly vulnerable to misconduct, Professor Ofori says.

“Because construction is a very long process with many people involved at different stages, there is a lot of temptation for people to be persuaded to do things they should not,” he says.

“It is estimated that about 30% of the money that governments spend on infrastructure is lost through corruption, mismanagement, and through clear stealing. It costs the taxpayer money, which could have otherwise been used as a real investment in the infrastructure or jobs.”

The professor says corruption is most pronounced in times of crisis. While many crises are a natural occurrence, they are often made worse from cutting corners in the building process. They also disproportionately affect the most vulnerable and poor.

“Most of the deaths in the crisis are because buildings fall, and buildings fall because of their poor quality,” he says. “The reality is that if the items built are not of good quality, they kill people.”

He says if we hope to improve lives through the construction industry, we must first reduce corruption. Limiting opportunities for mismanagement in the building process would enable buildings to be better constructed to withstand a crisis.

“The better the quality of the items that are built by construction, the better able they are to withstand the crisis,” he says.

Transparency can build a better industry

One of the key themes of both the lecture and the conference is transparency – something Professor Ofori says is desperately needed in the construction industry.

“The simple principle is that if we have transparency on projects, then the tendency to be corrupt will be reduced,” he says. “This includes making information on [projects] available at all stages, which means [officials] are less likely to cheat.”

“One of the best things that we can do is to help sensitise and educate people about the fact that there is corruption and what they can do about it.”

Professor Ofori says a big challenge is creating social accountability. He says while it can be difficult for the general public to take an interest in stopping corruption, it is in our best interests to do so.

“People think that this only happens in poorer countries, the developing countries, but this happens everywhere,” he says.

“We need to realise that when the government invests on construction projects, it is being made in the [public] name, and therefore we should hold them to account if they could have been built better, cost less, or finished earlier.”

Ultimately, Professor Ofori says it is the job of researchers like himself to not only push forward knowledge but demand higher standards in the construction industry.

“I believe it is our responsibility, as researchers, to do things of use to help the industry improve,” he says.

“One of the best things that we can do is to help sensitise and educate people about the fact that there is corruption and what they can do about it.”

Register for the online lecture.

The digital technology set to transform the construction industry